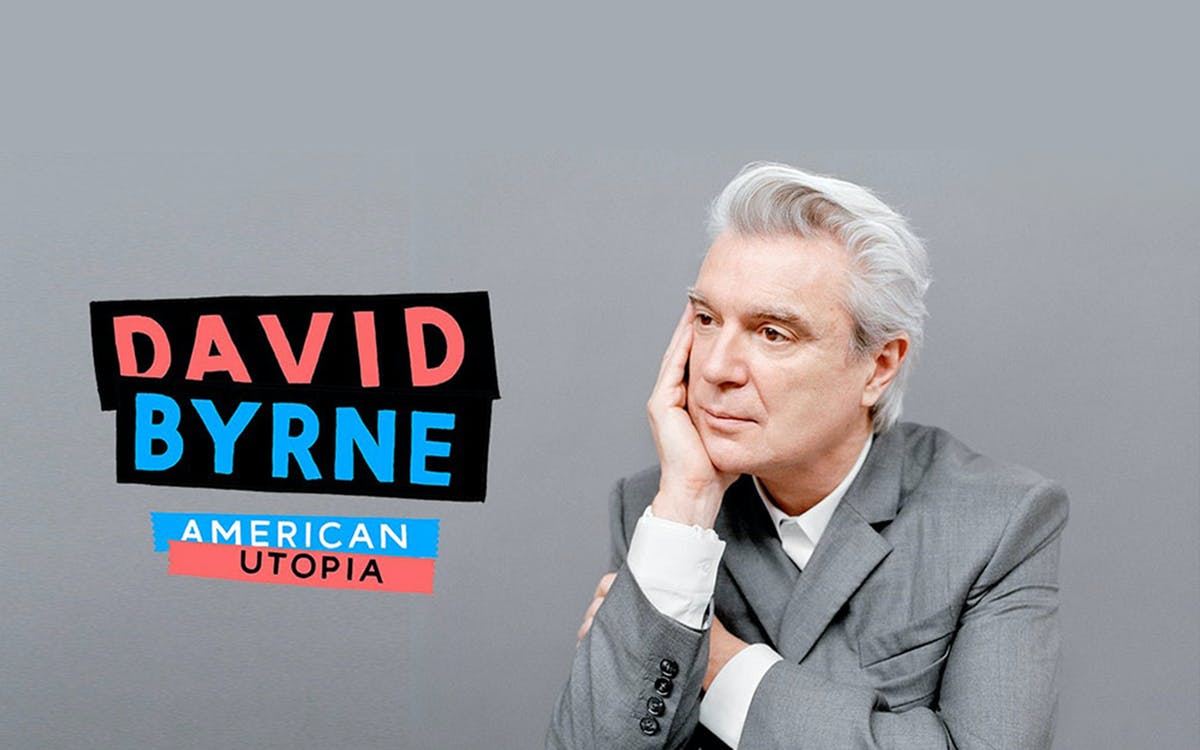 If you think you know theatrical concerts, think again, because David Bryne's American Utopia is breaking barriers! The show includes a fantastic cohort of 12 internationally-renowned musicians including the famous David Byrne, playing their musical instruments untethered. Watch the show that makes you ponder over the dismal state of the world, but leaves you filled with hope and optimism for a better future.

David Bryne's is one of the greatest contemporary artists in the world and has created music for TV, Movies and collaborated with several musicians. His work has accorded him awards ranging from Academy Awards, Grammys and Drama Desk Awards, and even inclusion in the Rock and Roll Hall of Fame. He is best known as the lead singer and guitarist of new wave band 'Talking Heads.'

American Utopia, the Broadway show, draws from his 2018 music album of the same name. It is his first solo album release in over 14 years and was well-received amongst fans and critics. The show is a theatrical concert experience wherein he brings along eleven other talented artists to create an audio-visual sensory experience that is nothing like you have seen in recent times!

The theme of the album and the show is as the title suggests, the search for an American Utopia. In his own words, “These songs don't describe this imaginary and possibly impossible place, but rather they attempt to describe the world we live in now—and that world, when we look at it, as we live in it, as it impacts us—immediately commands us to ask ourselves- is there another way? A better way? A different way?”

The Broadway show David Bryne's American Utopia is an ambitious manifestation of an artist's desire. David Bryne envisioned a live performance where songs from his latest album 'American Utopia' could be performed alongside his previous works. He was keen on creating a never-before-seen experience that would elevate the visual component of a music concert.

Audience
Children under the age of 4 are not permitted inside the theatre.

Seating
The Hudson Theatre has a seating capacity of 970. For tips on how to choose the best seats, you can refer to our Hudson Theatre Seating Chart Guide.

Missing any information?
Yes
No
This experience is unavailable
You'll be the first to know when these tickets are back online.
notify me
Awesome!We will notify you.
Why Headout?
Trusted platform used by 100K+ people, each month
Get the lowest prices and last minute availability
Discover and connect with 10,000+ experiences
Browse verified reviews and professional photographs
Have a question? Live chat with our experts 24/7
Other experiences similar to David Byrne's American Utopia
Free Cancellation
Museums
Museum of Modern Art (MOMA) Tickets
Instant Confirmation
4.3
(2.1K)
$25
Free Cancellation
Museums
Direct Entry 9/11 Memorial Tickets
Instant Confirmation
4.6
(1.8K)
$30
Musicals
The Lion King
4.5
(1.1K)
from $86.50
Musicals
Company
4.5
(1.8K)
from $66.50
Musicals
Aladdin
4.5
(2.3K)
from $69
The world on your tap!Get the Headout app to get tickets on your phone and access app-only deals. Talk about win-win.
We've served 10 million+ guests and we are here for you
10 million +Happy customers across 10,000+ experiences
4.4/55,000+ verified reviews with 90% excellent score
In the MediaFeatured and recommended by the best brands
24 x 7 Help CenterHave a question? Live chat with local experts anywhere, anytime
Headout is building the future of how we experience our cities.
Made with ❤️ all over the 🌎
Headout Inc.
82 Nassau St #60351 New York, NY 10038
Cities
New YorkLas VegasRomeParisLondonDubaiBarcelona+63 more
Headout
About UsHelpCareersTravel BlogCompany BlogCreator Partnerships
Partners
Join HeadoutSupply Partner HubAffiliates
© Headout Inc
Privacy PolicyTerms of Usage