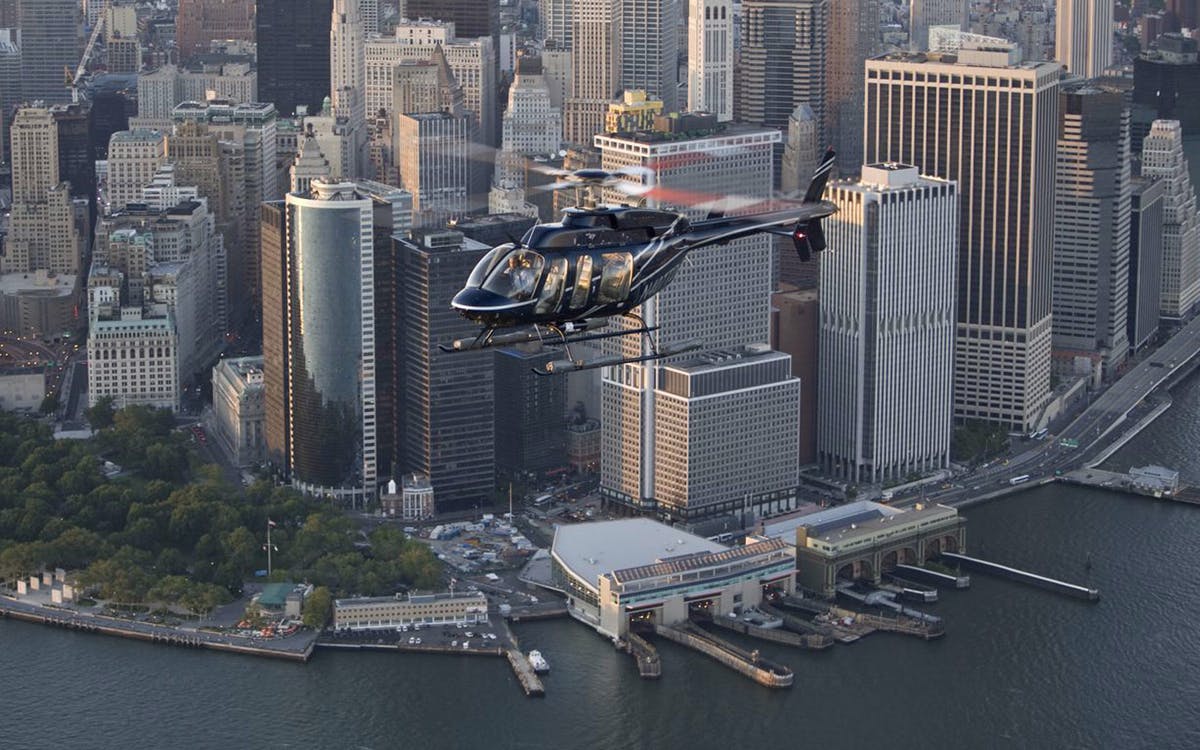 Marvel at the Big Apple in the way that it was meant to be admired by embarking on this exceptional 30-minute helicopter tour of the city.

Once you hop into your luxury helicopter at the Downtown Manhattan Heliport, you will set off on your stunning, 30-minute aerial tour of the city. Soar above New York and get up close to the landmarks that form the city's enchanting skyline. Your route will first take you past the Governer's Island, right adjacent to Ellis Island and the Statue of Liberty, which has been a welcoming beacon to visitors to the New World for over a century! Head south to see the suspended bridge that is the gateway between Staten Island and New York, the Verazzano Narrows Bridge. Look out upon the bays that make up Staten Island before heading to a very different island indeed. Every summer, Coney Island turns into the amusement park, fever dream of every kid in New York and there's no better way to admire it's intricacies than from the air!

You will then make your way back to the heliport, having experienced New York in a way that most people never get to!