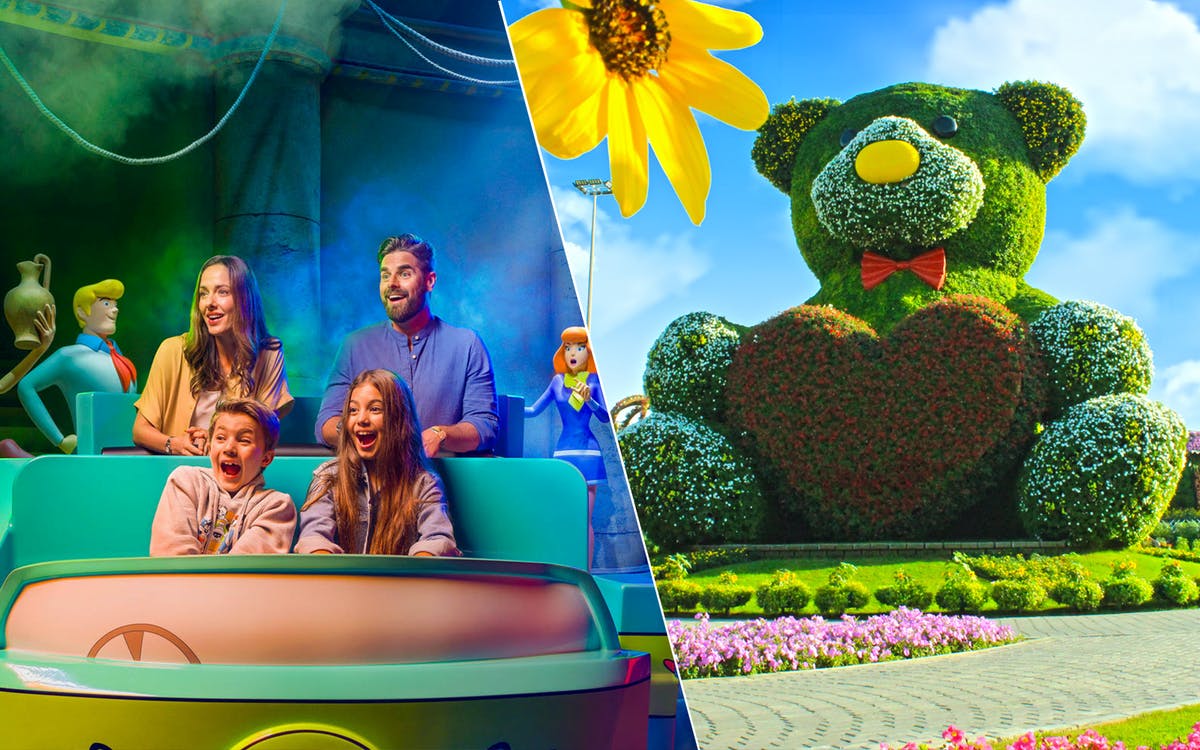 Save big with this combo ticket giving you 2-in-1 access to must-visit destinations in UAE - Warner Bros. World™ Abu Dhabi and Dubai Miracle Garden.

Your childhood dreams of paddling a car with the Flintstones, spending a day chewing carrots with Bugs Bunny, and plotting to kill villains with Batman are all going to come true in this fantasy land! Set over a sprawling 1.65 million square feet, the park is set in 6 zones designed around various themes - Warner Bros. Plaza, Gotham City, Metropolis, Cartoon Junction, Bedrock, and Dynamite Gulch. Make your way to the Warner Bros. Plaza which is a tribute to the Golden Age of Hollywood. Have Breakfast at Tiffany’s with Audrey Hepburn while you’re here and feast your eyes on the enthralling “All-Star Spectacular” video which brings to life the Warner Bros film library.

Imagine the scent of blooming flowers wafting against the hot air of the desert. Or the sight of vibrant-colored blossoms against the backdrop of Dubai's barren desert. That is what it will feel like to enter Dubai Miracle Garden. Home to over 150 million blooms, the garden is famous for its elaborate horticultural arrangements. One of these is the Hearts Passage, which gives the impression of a walking passage inside dozens of big hearts. Another botanical marvel at the garden is the Emirates A380. This one has featured in the Guinness World Record for the 'World's Largest Flower Structure forming the shape of Airbus380.'

Note: Due to COVID restrictions and government rules, the operating hours can change at any time. Please confirm the timings before your visit.

Note: from 5 June 2022, Dubai Miracle Garden will be closed until further notice.