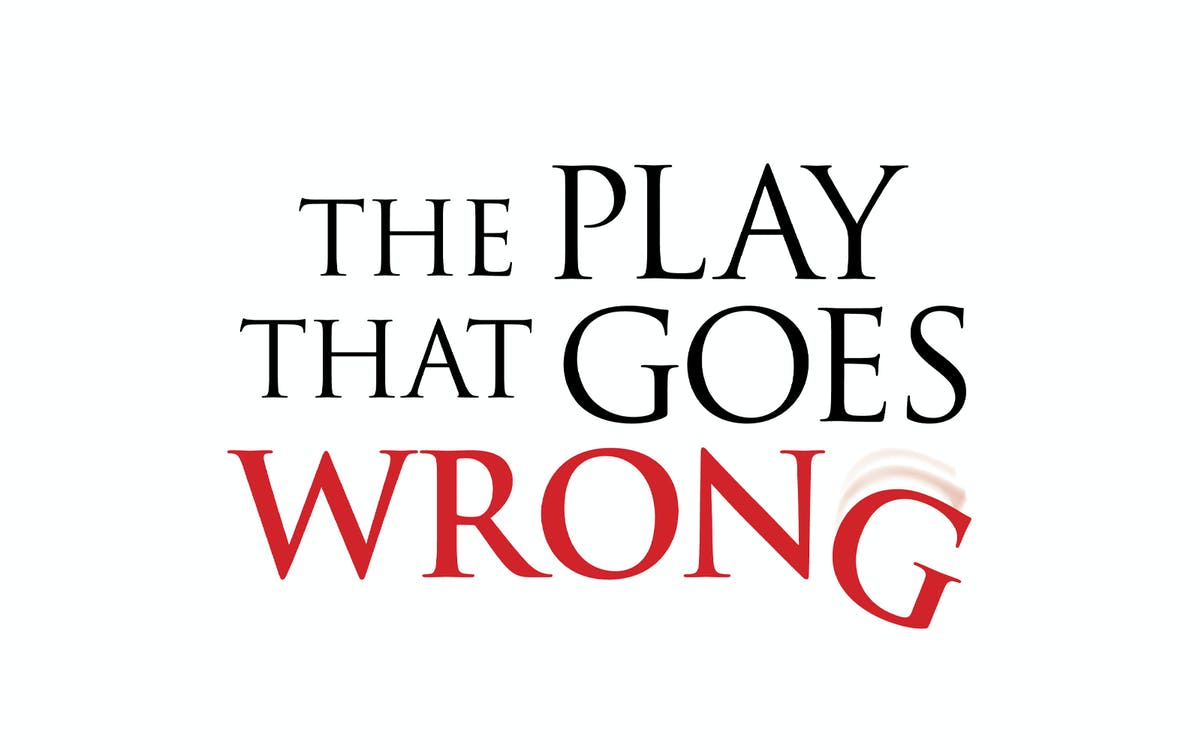 The Play That Goes Wrong

From London’s infamous West End to New York City’s Broadway comes a play guaranteed to make you cry with laughter! The Play That Goes Wrong is everything you didn't expect and more, extending their prolific run until the end of the year!

why watch the play that goes wrong

Winner of the Olivier Award for Best New Comedy, The Play That Goes Wrong is one of this year’s theater must-sees! Celebrating the best and worst of theater, the show is slapstick comedy at its best. Written by Olivier Award winners Jonathan Sayer, Henry Lewis, and Henry Shields, and co-produced by superstar J.J. Abrams and Kevin McCollum (Rent, Avenue Q, and Something Rotten!), alongside London producer Kenny Wax, witness this talented troupe’s masterpiece in action.

Set in the 1920s The Play That Goes Wrong follows the antics of the Cornley University Drama Society. While staging their production, ‘The murder at Haversham Manor’, things, err, don’t quite go as planned. A lead actor with a concussion, a corpse that can't play dead, actors slipping out of ‘character’, malfunctioning sets, and a complete disaster of misplaced drinks - it’s one mishap after the other. This behind-the-scenes comedy is brilliantly hilarious!

Duration
2 hours, 5 minutes including one intermission

Seating
The New World Stages theatre has a seating capacity of 360.

Missing any information?
Yes
No
This experience is unavailable
You'll be the first to know when these tickets are back online.
notify me
Awesome!We will notify you.
Why Headout?
Trusted platform used by 100K+ people, each month
Get the lowest prices and last minute availability
Discover and connect with 10,000+ experiences
Browse verified reviews and professional photographs
Have a question? Live chat with our experts 24/7
Other experiences similar to The Play That Goes Wrong
Free Cancellation
Museums
Museum of Modern Art (MOMA) Tickets
Instant Confirmation
4.3
(2.1K)
$25
Musicals
The Lion King
Instant Confirmation
4.5
(1.1K)
from $86.50
Musicals
Aladdin
Instant Confirmation
4.5
(2.4K)
from $69
Musicals
Phantom of the Opera
Instant Confirmation
4.5
(2.8K)
$86
Musicals
Chicago
Instant Confirmation
4.5
(2K)
$57
The world on your tap!Get the Headout app to get tickets on your phone and access app-only deals. Talk about win-win.
We've served 15 million+ guests and we are here for you
15 million +Happy customers across 10,000+ experiences
4.4/55,000+ verified reviews with 90% excellent score
In the MediaFeatured and recommended by the best brands
24 x 7 Help CenterHave a question? Live chat with local experts anywhere, anytime
Headout is building the future of how we experience our cities.
Made with ❤️ all over the 🌎
Headout Inc.
82 Nassau St #60351 New York, NY 10038
Cities
New YorkLas VegasRomeParisLondonDubaiBarcelona+74 more
Headout
About UsHelpCareersTravel BlogCompany BlogCreator Partnerships
Partners
Join HeadoutSupply Partner HubAffiliates
© Headout Inc
Privacy PolicyTerms of Usage