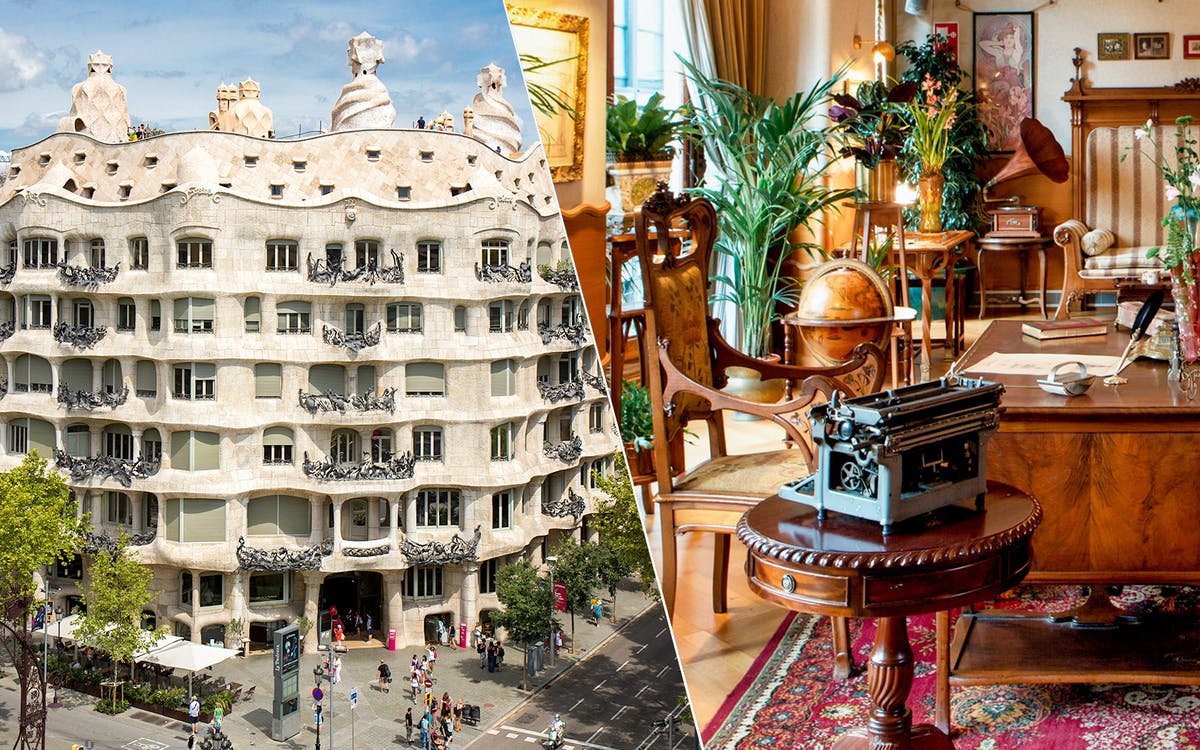 Go easy on your pocket with this combo that gives you access to Casa Milà & Casa Batlló, two of the most famous attractions of Barcelona, with just one ticket!

Unconventional though Casa Milà's appearance may be, the actual purpose of the structure is as conventional as it can be. After all, the building is, first and foremost, residential in nature. It's hard imagining that the place was designed to be anyone's home, but as you walk through Casa Milà's lavishly adorned lobbies or the sprawling courtyards peppered with Gaudi's signature embellishments, living here seems like a dream come true. Touring the Casa Milà by day involves visiting two different parts of the museum - the Espai Gaudi and the Pedera Apartment. The former includes a broad showcase of Guadi’s work and is divided into sections dedicated to different projects and shows his life in broad strokes. The latter is a fascinating recreation of the home of a bourgeois family in Barcelona from the first third of the 20th century.

Enjoy a unique sightseeing experience at Casa Batlló, one of the renovated apartments that put Gaudí's unforgettable work in the spotlight. While it primarily served as the residence of the Batlló family, it also has rented housing that is sewn together by a magnificent entrance that you won't miss. Its facade is sprinkled with bits of blue, mauve and green, giving you an unforgettable sight and is a testament to Gaudí's mastery. While you enter this unconventional building, you will benefit from an audio guide that will give you everything you need to know about Gaudí's ingenious work.