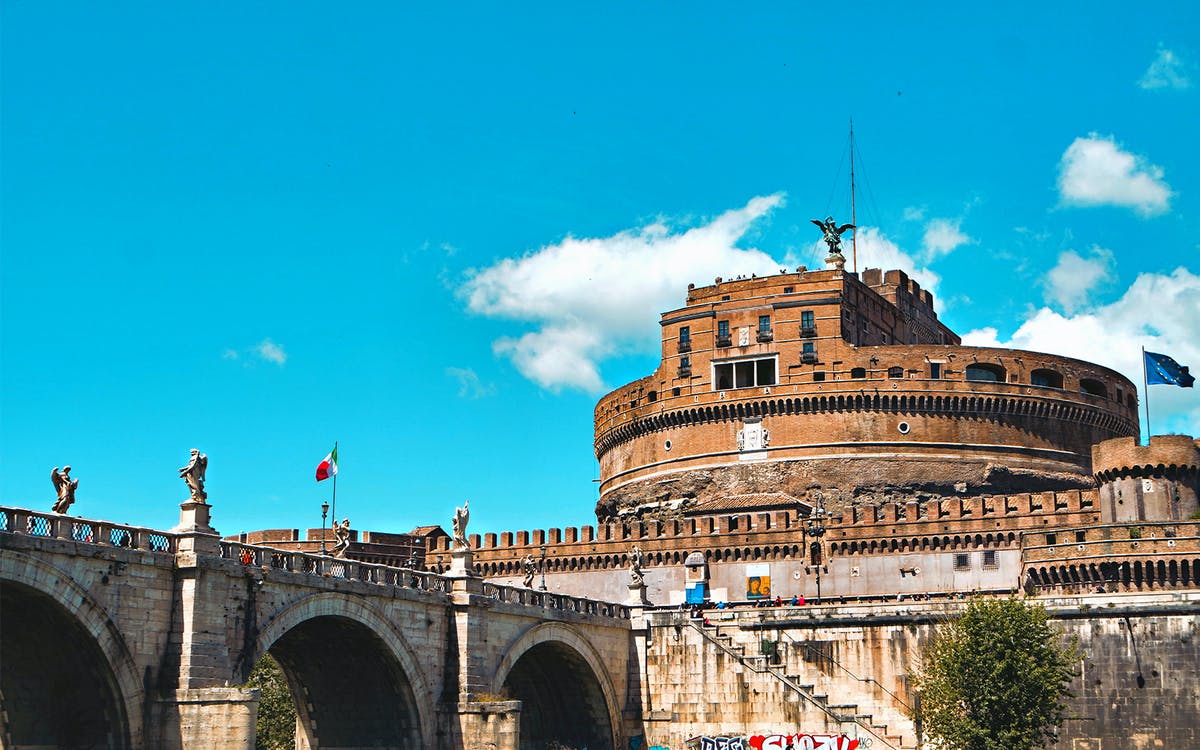 Let life imitate art by embarking on this unique and exclusive tour inspired by author Dan Brown's best selling novel that celebrates the beauty of Rome and the Vatican simultaneously. Trace the footsteps of your favourite fictional Harvard symbologist on this tour that will take you through the sites that inspired an entire generation of readers!

Explore the Eternal City in a way that has never been seen before with this tour that was inspired by his worldwide bestseller. Navigate your way through Rome in your comfortable air-conditioned coach with the help of a professional guide and marvel at the serene churches and bustling squares as your feet walk over worn out cobblestone alleys and streets, reveling in the knowledge that the author himself must have been standing in the same spots, feeling as inspired as you are right now.

Make your way 'cross Rome (see what we did there?), stepping into Robert Langdon's shoes and following the notorious Path of Illumination while uncovering centuries-old secrets and solving mysteries that are yet to be unraveled. Visit the places made famous by the novel as the Four Altars of Science, like St. Maria del Popolo Church, St. Peter's Square, St. Maria Della Vittoria Church and Piazza Navona while admiring the works of the artist who literally marked the way, Gian Lorenzo Bernini. You will especially enjoy the final marker he placed, according to the novel, to signify the element of Water, the Fountain of the Four Rivers, a tribute to the four major rivers of the Ancient World, the Nile, the Ganges, the Danube, and the Rio de la Plata.

You will also get to explore the Church of Illumination itself, Castel Sant'Angelo, mere miles from the Vatican and housing Il Passetto, the secret passageway used by numerous Popes as an escape route out of Vatican City. Your tour will conclude at St. Peter's square.

The tour is available daily. The tour begins at 9 AM promptly from the meeting point. Please arrive at the designated meeting point 15 minutes prior to the scheduled tour time and present your booking voucher to the tour coordinator/guide

Though this a tour, some of the churches you will be visiting may have restrictions on certain kinds of clothing so we recommend that you wear something that covers your shoulders and back and reaches below your knees.

Since the tour also involves a fair amount of walking, we recommend you wear some comfortable walking shoes.

Your mobile voucher will be sent to you immediately upon confirmation of your reservation. Please present the same along with some valid photo ID to your tour coordinator/guide upon arriving at the meeting/starting point for your tour.

You will meet your tour group in Piazza del Popolo, on the steps of the Santa Maria del Popolo Church, which is located next to the big archway. Should you need map directions to get to the meeting point, please click here.

Extra measures may be implemented at some venues due to heightened global security. As a result, we may experience delays in getting through mandatory security checks when entering these venues. Extra measures may also restrict the size of bags that can be brought inside. To avoid disruptions or possible denied entry, we strongly suggest that you avoid bringing large purses, bags, or backpacks on your tour.