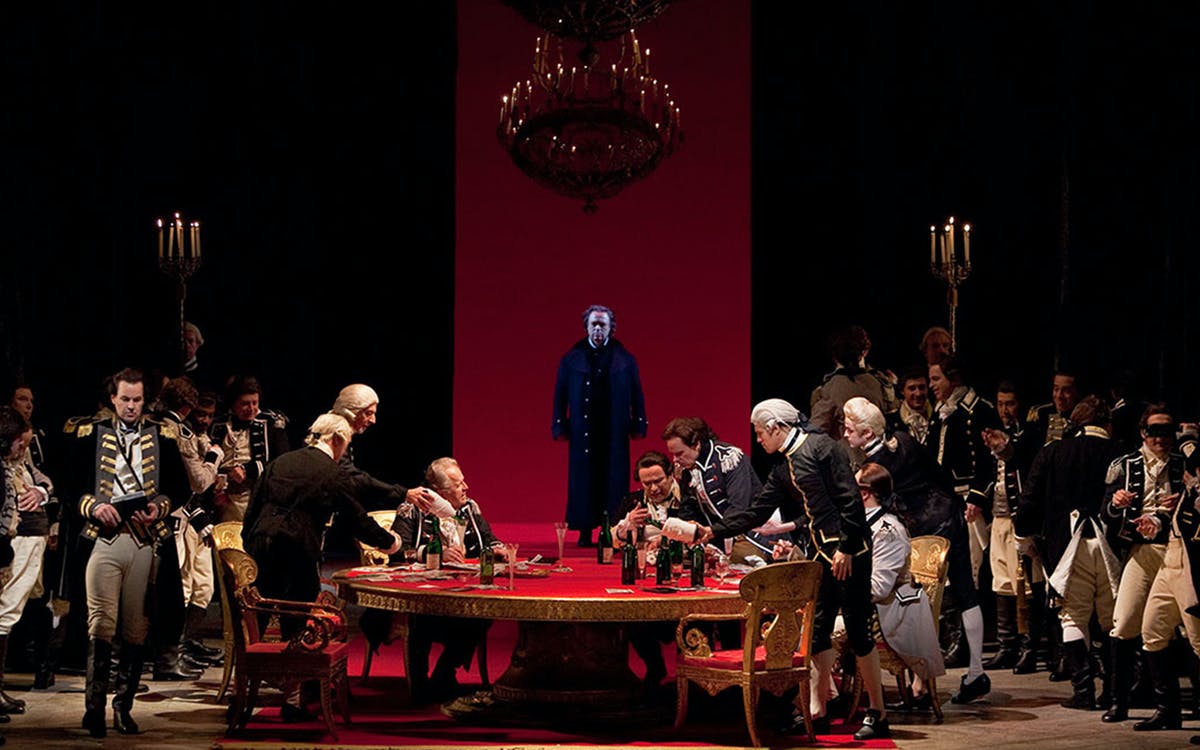 The Queen of Spades

why watch the queen of spades

Pyotr Ilyich Tchaikovsky is one of the most influential composers in classical music, renowned for his ability to bring a vast range of human emotions into his compositions. Based on a short story by Alexander Pushkin, also titled The Queen of Scots, Tchaikovsky’s composition changes the plot significantly.

Elijah Moshinsk’s Hermann is more agitated, and it is easy to see the doubt and torment of a man who is torn between his irrational love for a woman, and his obsession with a well-guarded secret.

Tchelinsky and Sourin are two officers, who are discussing their gambling-obsessed colleague Hermann. Hermann, however, never gambles despite his keen interest in it. Hermann confesses to Count Tomsky about his feelings for an unknown girl. Soon, Prince Yeletsky enters with his fiancee, Lisa, and her grandmother, who was the old countess. Hermann is shocked to see that the unknown woman is Lisa.

Tomsky narrates a story about how the old countess utilized a mysterious combination to win a fortune at gambling, and only shared this secret with two other individuals. He goes on to say that there is a prophecy that she will die at the hands of the third person who wrests the secret from her. Although the other men laugh at the story, Hermann is lost deep in thought.

Will Hermann uncover the mystery of the gamble made by the old countess and win the heart of the woman he loves? Is his obsession taking him down a dark path of no return?

Seating
The MET Opera has a seating capacity of 3,800

Missing any information?
Yes
No
This experience is unavailable
You'll be the first to know when these tickets are back online.
notify me
Awesome!We will notify you.
Why Headout?
Trusted platform used by 100K+ people, each month
Get the lowest prices and last minute availability
Discover and connect with 10,000+ experiences
Browse verified reviews and professional photographs
Have a question? Live chat with our experts 24/7
Other experiences similar to The Queen of Spades
Musicals
The Lion King
Instant Confirmation
4.5
(1.1K)
from $86.50
Musicals
Aladdin
Instant Confirmation
4.5
(2.4K)
from $69
Musicals
Phantom of the Opera
Instant Confirmation
4.5
(2.8K)
$86
Musicals
Dear Evan Hansen
Instant Confirmation
4.5
(1.2K)
from $96.50
Musicals
Chicago
Instant Confirmation
4.5
(2K)
$57
The world on your tap!Get the Headout app to get tickets on your phone and access app-only deals. Talk about win-win.
We've served 15 million+ guests and we are here for you
15 million +Happy customers across 10,000+ experiences
4.4/55,000+ verified reviews with 90% excellent score
In the MediaFeatured and recommended by the best brands
24 x 7 Help CenterHave a question? Live chat with local experts anywhere, anytime
Headout is building the future of how we experience our cities.
Made with ❤️ all over the 🌎
Headout Inc.
82 Nassau St #60351 New York, NY 10038
Cities
New YorkLas VegasRomeParisLondonDubaiBarcelona+74 more
Headout
About UsHelpCareersTravel BlogCompany BlogCreator Partnerships
Partners
Join HeadoutSupply Partner HubAffiliates
© Headout Inc
Privacy PolicyTerms of Usage