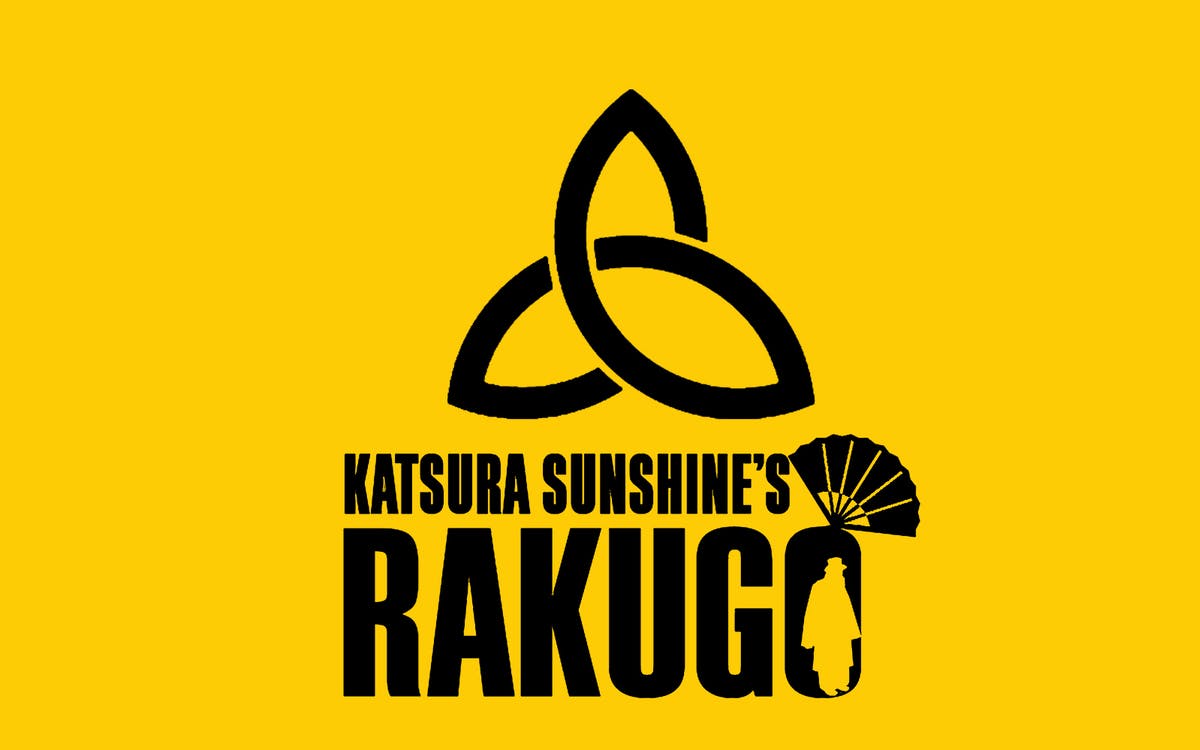 Hailed as one of the last remaining masters of the traditional Japanese art of comic storytelling, Katsura Sunshine is an immense pleasure to watch! Since his professional debut in 2009, Sunshine has become popular as a rare entertainer who draws on his rich experiences from across the world to present a truly magnificent theatrical performance.

Rakugo is the Japanese art of presenting elaborate sentimental stories sprinkled with delightful comedy. The storyteller uses nothing but a paper fan (sensu) and a cloth (tenugui) as props for the tale to come. Often compared to sitcom, Rakugo involves a frequent exchange of words between different characters played by the same individual. This difference is brought out in a subtle manner with a change of tone or a different facial angle. Although there are records of Rakugo being practised as far back as the 9th and 10th centuries, its current form evolved during the Edo period of Japan. From royal courts of Daimyos to street shows in the 18th century, Rakugo has entertained and influenced generations of audiences and artists. Katsura Sunshine is one of the few remaining masters of this art form. In fact, it is believed that there are only 800 masters left in the world. He has performed in several countries including Sri Lanka, France, Ghana, Slovenia, South Africa, Australia, and Hong Kong. His West End debut in October 2017 and Off-Broadway debut in November 2017 were critically acclaimed. He was also the emcee of the recent G20 summit in Osaka!

Katsura Sunshine appears on stage dressed in a kimono. He begins by kneeling down on a single cushion and assuming the role of a lone storyteller. A simple Japanese fan and a hand towel serve as his faithful props as he commences his comedic monologue and a traditional story. Sunshine proceeds to effortlessly bridge the gap between the East and West with characteristic hilarity. The charming characters coupled with the witty dialogue sequences are bound to make you clutch your sides in fits of laughter.

“An opportunity to see a little-known Japanese art form performed by an expert.”
- Theater Pizzazz

Duration
75 minutes, with no intermission

Audience
Suitable for ages 8 and above. No entry for children below age 4.

Seating
The Stage 5, New World Stages theater has a seating capacity of 199.

Missing any information?
Yes
No
This experience is unavailable
You'll be the first to know when these tickets are back online.
notify me
Awesome!We will notify you.
Why Headout?
Trusted platform used by 100K+ people, each month
Get the lowest prices and last minute availability
Discover and connect with 10,000+ experiences
Browse verified reviews and professional photographs
Have a question? Live chat with our experts 24/7
Other experiences similar to Katsura Sunshine's Rakugo
Free Cancellation
Landmarks
SUMMIT Experience
Instant Confirmation
4.6
(144)
from $42.46
Free Cancellation
Museums
Museum of Modern Art (MOMA) Tickets
Instant Confirmation
4.3
(2.1K)
$25
Free Cancellation
Museums
Direct Entry 9/11 Memorial Tickets
Instant Confirmation
4.6
(1.8K)
$30
Musicals
The Lion King
Instant Confirmation
4.5
(1.1K)
from $86.50
Musicals
Aladdin
Instant Confirmation
4.5
(2.4K)
from $69
The world on your tap!Get the Headout app to get tickets on your phone and access app-only deals. Talk about win-win.
We've served 15 million+ guests and we are here for you
15 million +Happy customers across 10,000+ experiences
4.4/55,000+ verified reviews with 90% excellent score
In the MediaFeatured and recommended by the best brands
24 x 7 Help CenterHave a question? Live chat with local experts anywhere, anytime
Headout is building the future of how we experience our cities.
Made with ❤️ all over the 🌎
Headout Inc.
82 Nassau St #60351 New York, NY 10038
Cities
New YorkLas VegasRomeParisLondonDubaiBarcelona+74 more
Headout
About UsHelpCareersTravel BlogCompany BlogCreator Partnerships
Partners
Join HeadoutSupply Partner HubAffiliates
© Headout Inc
Privacy PolicyTerms of Usage