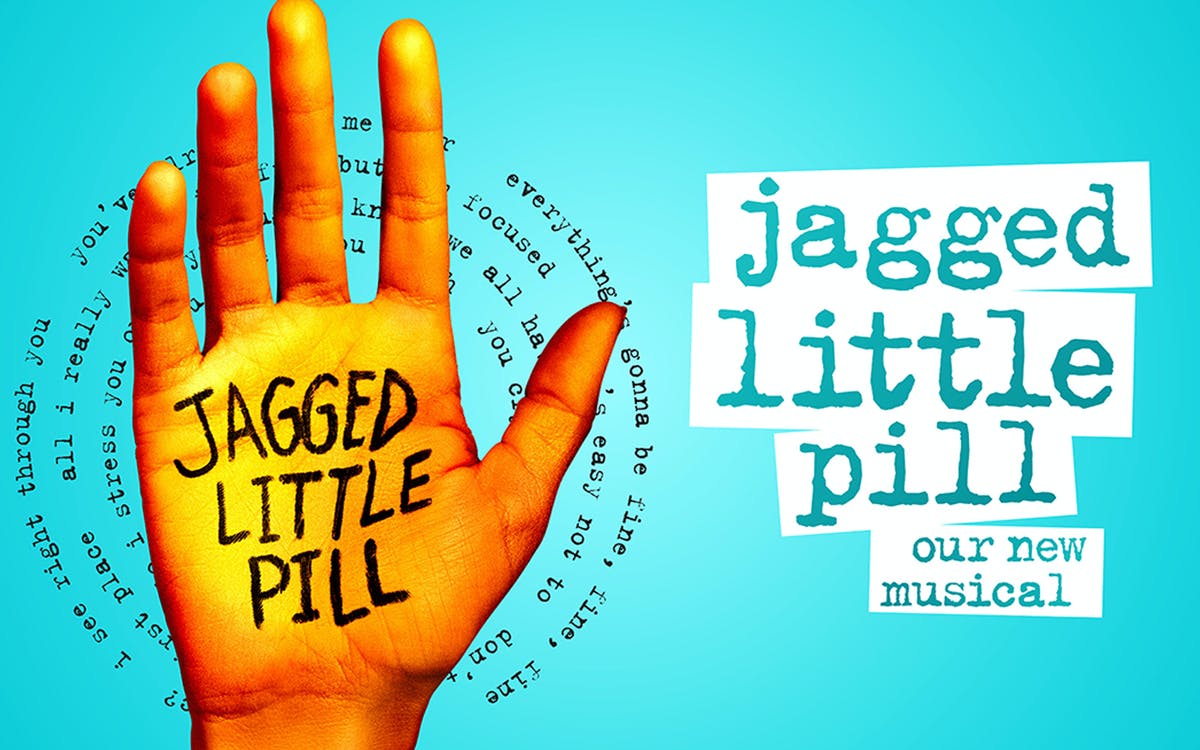 Catch a musical inspired by the incredibly popular album of Alanis Morissette, also named Jagged Little Pill, that went on to win a Grammy Award. Brought to the stage by Tony Award-winning director Diane Paulus, the musical is guaranteed to be a compelling and passionate performance, as it touches upon powerful themes of addiction and assault.

Based on the Grammy-winning album by Alanis Morissette, Jagged Little Pill is a musical that aims to break the mould. The original album featured drum machines, harmonicas, keyboards and guitar, which resulted in an alternative rock genre that was widely popular across the world. It topped the charts in 13 countries and sold 33 million copies across the world. The book for the musical is written by Academy Award winner Diablo Cody and premiered at Cambridge in 2018. Following a sell-out run, the musical is all set to debut at Broadway, with Olivier Award winner Sidi Larbi Cherkaui in charge of choreography. The production enjoyed critical acclaim following its release in 2018 and has been hailed as engaging, moving and triumphantly avoiding pitfalls that beset family dramas. The usage of Morissette’s music fits in spectacularly with the plot of the musical and makes the show all the more compelling. It tackles the themes of prescription drug addiction, sexual assault and gender identity and has been described as being extremely relevant in today’s state of affairs. What separates the show from others is that the producers are constantly working on the show making many small changes, with the goal of creating a more layered and streamlined musical.

The Healys, consisting of Steve and Mary Jane, and their two teenage children Nick and Frankie, appear to be the perfect suburban family. Mary Jane, the mother, is trying to keep everything together although it seems to be spiraling out of control. Her marriage to Steve is distant and lacking intimacy, which forces her to get hooked on to prescription drugs. Their daughter Frankie, who is adopted, feels alienated due to her mother not acknowledging her black identity. She is exploring her sexuality along with her best friend Jo, who is also gay. Nick, on the other hand, is struggling to cope up with the pressure of being the star child of the family. His close friend Andrew is accused of raping Frankie’s friend, which makes matters all the worse.

Soon, the Healys’ life is disrupted by several disturbing events, and they are forced to tackle harsh truths about their community and themselves. Will the Healys be able to emerge from this precarious situation, and change for the better? Or have they stepped too far down the slippery slope?

Duration
The performance is approximately 2 hours and 30 minutes with one interval.

Top Songs
Ironic, You Oughta Know, Hand In My Pocket

Missing any information?
Yes
No
This experience is unavailable
You'll be the first to know when these tickets are back online.
notify me
Awesome!We will notify you.
Why Headout?
Trusted platform used by 100K+ people, each month
Get the lowest prices and last minute availability
Discover and connect with 10,000+ experiences
Browse verified reviews and professional photographs
Have a question? Live chat with our experts 24/7
Other experiences similar to Jagged Little Pill
Free Cancellation
Museums
Museum of Modern Art (MOMA) Tickets
Instant Confirmation
4.3
(2.1K)
$25
Musicals
The Lion King
Instant Confirmation
4.5
(1.1K)
from $86.50
Musicals
Aladdin
Instant Confirmation
4.5
(2.4K)
from $69
Musicals
Phantom of the Opera
Instant Confirmation
4.5
(2.8K)
$86
Musicals
Dear Evan Hansen
Instant Confirmation
4.5
(1.2K)
from $96.50
The world on your tap!Get the Headout app to get tickets on your phone and access app-only deals. Talk about win-win.
We've served 15 million+ guests and we are here for you
15 million +Happy customers across 10,000+ experiences
4.4/55,000+ verified reviews with 90% excellent score
In the MediaFeatured and recommended by the best brands
24 x 7 Help CenterHave a question? Live chat with local experts anywhere, anytime
Headout is building the future of how we experience our cities.
Made with ❤️ all over the 🌎
Headout Inc.
82 Nassau St #60351 New York, NY 10038
Cities
New YorkLas VegasRomeParisLondonDubaiBarcelona+74 more
Headout
About UsHelpCareersTravel BlogCompany BlogCreator Partnerships
Partners
Join HeadoutSupply Partner HubAffiliates
© Headout Inc
Privacy PolicyTerms of Usage