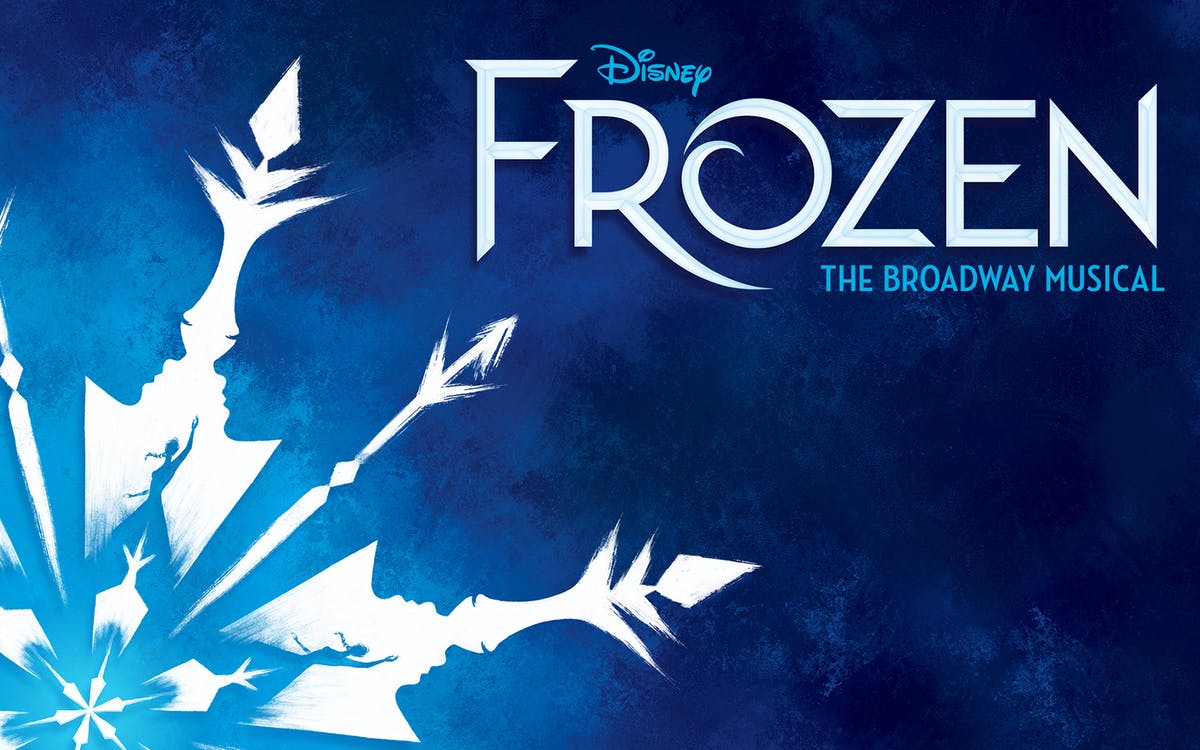 Frozen captured the imagination of families worldwide with an emotional story of a sisterly bond at its core. Backed with a catchy soundtrack, it produced the global sensation “Let It Go”. The Broadway production is brought to you by the creators of the movie, so you can expect the source material to be honored. With a stellar set design that beautifully captures the majesty and familiarity of Arendelle, you’re in for a magical ride back to Elsa and Anna.

Follow the story of Anna and Elsa, two sisters brought up in the same castle, but with literal and figurative walls between them. After their parents tragically die in a storm, Elsa must suppress her cryokinetic magic and become the Queen of Arendelle. But is it always that easy to let it go? Anna, on the other hand, has to bring the family together when a prince from the Southern Isles sets his eyes on her kingdom. Will she succeed and reunite with her sister?

"This is a show every bit as magical as the animation, packed with visual thrills and gorgeous choreography (by Rob Ashford) alongside signature ballads that gain greater power in their live incarnation. "

"It’s still a dazzling spectacle that the film’s legions of kiddie fans will love."

Missing any information?
Yes
No
This experience is unavailable
You'll be the first to know when these tickets are back online.
notify me
Awesome!We will notify you.
Why Headout?
Trusted platform used by 100K+ people, each month
Get the lowest prices and last minute availability
Discover and connect with 10,000+ experiences
Browse verified reviews and professional photographs
Have a question? Live chat with our experts 24/7
Other experiences similar to Frozen
Free Cancellation
Landmarks
SUMMIT One Vanderbilt Tickets
Instant Confirmation
4.6
(166)
from $42.46
Free Cancellation
Museums
Museum of Modern Art (MOMA) Tickets
Instant Confirmation
4.3
(2.1K)
$25
Free Cancellation
Museums
Direct Entry 9/11 Memorial Tickets
Instant Confirmation
4.6
(1.8K)
$30
Musicals
The Lion King
Instant Confirmation
4.5
(1.1K)
from $86.50
Musicals
Aladdin
Instant Confirmation
4.5
(2.4K)
from $69
The world on your tap!Get the Headout app to get tickets on your phone and access app-only deals. Talk about win-win.
We've served 15 million+ guests and we are here for you
15 million +Happy customers across 10,000+ experiences
4.4/55,000+ verified reviews with 90% excellent score
In the MediaFeatured and recommended by the best brands
24 x 7 Help CenterHave a question? Live chat with local experts anywhere, anytime
Headout is building the future of how we experience our cities.
Made with ❤️ all over the 🌎
Headout Inc.
82 Nassau St #60351 New York, NY 10038
Cities
New YorkLas VegasRomeParisLondonDubaiBarcelona+74 more
Headout
About UsHelpCareersTravel BlogCompany BlogCreator Partnerships
Partners
Join HeadoutSupply Partner HubAffiliates
© Headout Inc
Privacy PolicyTerms of Usage