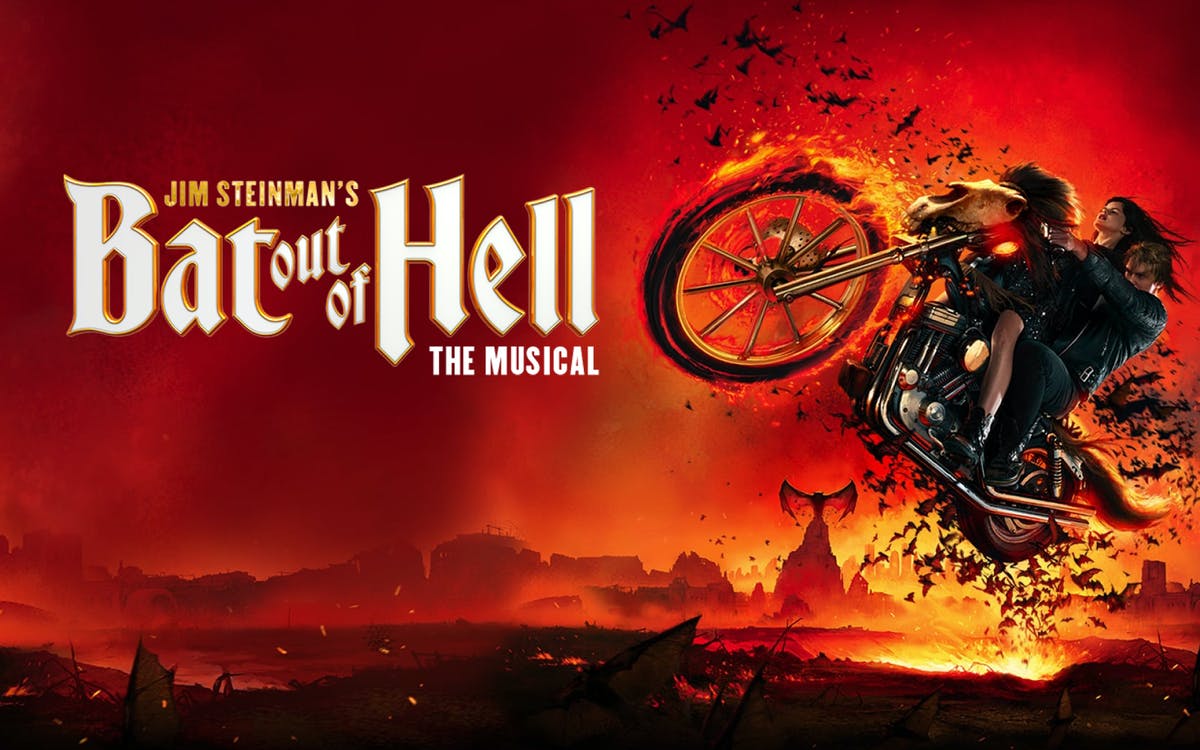 Bat Out of Hell

Widely regarded as a masterpiece by Jim Steinman, Bat Out of Hell is a 2-hour long spectacle that is certain to induce pure euphoria! With an outrageous setting and plot, the show draws much of its inspiration from the legendary Meat Loaf, making this post-apocalyptic rock ballad a blast to watch.