Get Discounts On The Marvelous Wonderettes Off-Broadway Tickets!

Things to do in New York Broadway Broadway Show Tickets Get Discounts On The Marvelous Wonderettes Off-Broadway Tickets!

The soulful and peppy tunes of The Marvelous Wonderettes, with their cheerful personalities and flashy crinoline skirts, are all you need to get away from the dreary realities of the present times! Take a trip down nostalgia back to 1958 and be a part of the Senior Prom with the fantastic four girls who bare their soul and voice to entertain you and narrate their stories. The Marvelous Wonderettes is a great jukebox musical for people of all ages, come with your grandparents and kids, these girls will entertain everyone! Catch the favorite tunes of the 1950’s and 1960’s including ‘It’s My Party,’ ‘Mr. Sandman’, ‘Dream Lover,’ ‘You Don’t Own Me,’ and ‘RESPECT’ at this fun party!

The Marvelous Wonderettes: About The Show

The Marvelous Wonderettes is a musical based on the book written by Roger Bean, who is known for his jukebox musicals including ‘Life Could be a Dream’ and ‘Why Do Fools Fall in Love.’ The musical comedy pays homage to the pop song culture of the 1950s and 1960s. This revival is directed by Tom and Michael D’Angora and a talented cast of Kristen Alderson, Amy Hillner Larsen, Carly Sokolove, and Laura Woyasz. The small theatre experience allows for a cozy setting and transports you to Springfield High School as if you were right there, singing and dancing with the Marvelous Wonderettes!

The handmade banners welcome the audience to the Super Senior Prom of 1958 of Springfield High School, where the Principal invites the ‘Marvelous Wonderettes’ to perform. It turns out that the girls weren’t the first choice and were only brought in because the boy band got into big trouble the previous night! The fabulous four girls – Missy, Suzy, Betty Jean, and Cindy Lou – rise to the occasion and sing favorite pop songs from the 1950’s.

The songs draw a parallel to the intertwined lives of the teenage girls who are falling in love, getting cheated, having crushes and living their lives as high school students. The Act II is all about the reunion in 1968 when the class is back together for a 10-year reunion. The girls are back and sing about their struggles over the past decade. Watch the musical to find out how the girls have fared in their life - one of them is pregnant, and another gets proposed to at the reunion!

Audience
The show is suitable for ages 4+ with adult supervision. Children under 4 will not be admitted.

Seating
The Kirk Theatre has a seating capacity of 99.

Outside Food
Strictly prohibited. If you'd like to grab a meal before or after the show, check out our guide to the 30 Best Restaurants in the Theater District.. 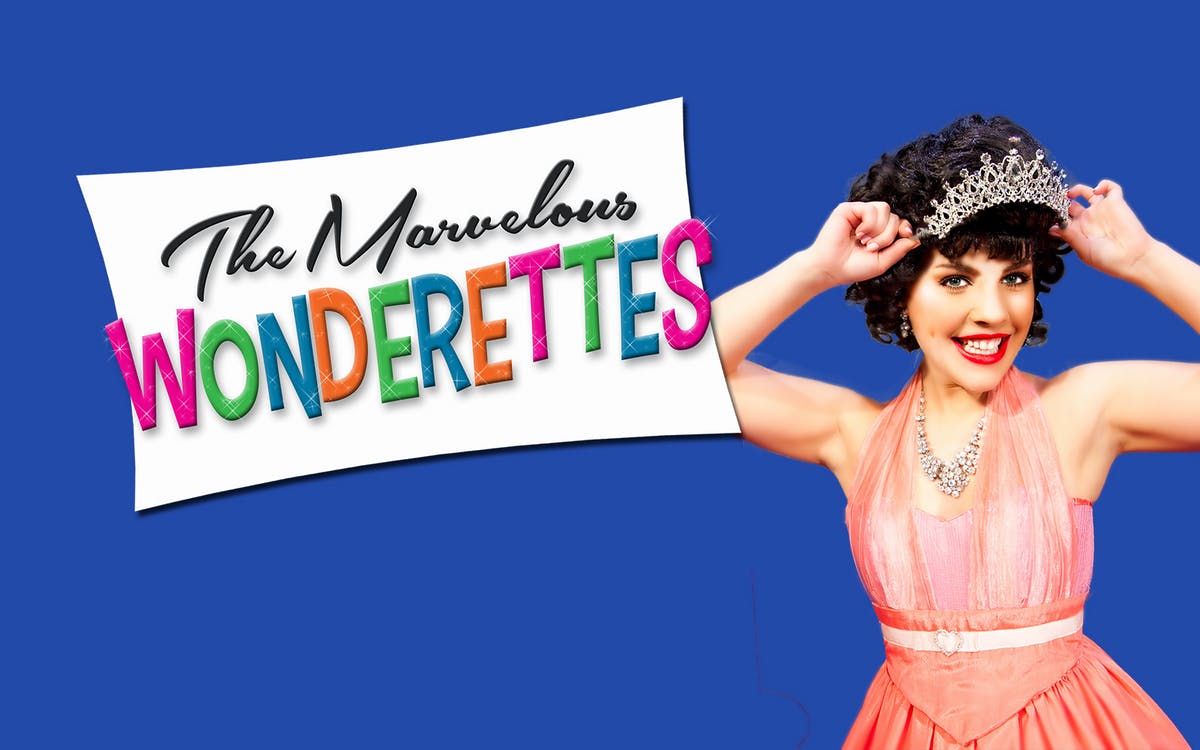 The Marvelous Wonderettes Off Broadway Tickets

Looking out for discount on The Marvelous Wonderettes Off Broadway tickets !

Have a look at the real-time seat availability and prices of different sections for The Marvelous Wonderettes. In the interactive seat-map, select the date that you would like to watch the show and check out the seats available for that day. You can filter the seats as per your desired price range and purchase tickets directly.

The Marvelous Wonderettes first premiered in Milwaukee in 1999 and made its appearance Off-Broadway in 2008 at the Westside Theatre. The revival opened on April 28th, 2016 at the Theatre Row Kirk Theatre and has been running since.

“The show is one irresistible jukebox musical. For a certain generation — and all fanciers of the girl-group sound — this is an utter charm bomb”
- The New York Times

“All four are gifted comedians, with subtle timing and absolute commitment to every corny joke. Plus, they’re incredible singers”
- Variety

The Marvelous Wonderettes perform at the Kirk Theatre in the Theatre Row Building on West 42nd Street in New York. The Theatre Row has a set of five small Off-Broadway theatres and has been functioning since 1999. The Kirk Theatre is a small and intimate theatre with seating for 99 people. It is also wheelchair-friendly and is located on the second floor of the Theatre Row building. The theatre has 14 rows, A-O, and boasts plush seating with air-conditioning. It is equipped with great sound and light systems.

The Marvelous Wonderettes Off Broadway Tickets

For those looking to book discounted The Marvelous Wonderettes Off Broadway tickets online, platforms like TodayTix and Headout are your best bet, as they source tickets directly from the box office and scour the internet for any discount codes available for these shows. Any price advantages are then passed on ensuring that you are paying the lowest prices.

The Headout advantage for booking The Marvelous Wonderettes Off Broadway tickets: