Aladdin on Broadway is one of those musicals that hit the scene unlike any other show, becoming a runaway hit in its first season when it premiered on March 20, 2014. The dazzling spectacle has become a firm favorite amongst young and family audiences. Featuring captivating visuals, new songs, along with all-time favorites from the original production; Aladdin The Musical will take you on a journey to the exotic Arabian landscape, replete with shiny minarets and palaces. The cast and crew round off the production perfectly, putting together a breathtaking performance, full of color and magic.

The Story of Aladdin

Disney's beloved musical, Aladdin, made its Broadway debut in 2014, and has been a massive hit since. The story follows Aladdin, a strapping street urchin in Agrabah. When the Sultan declares that Princess Jasmine of Agrabah can only marry a royal suitor, she runs away from home. She meets Aladdin, and they fall in love. The gates of fortune open up for Aladdin when he finds a magic lamp, which just happens to have a Genie trapped inside. The Genie offers Aladdin three wishes. The rest of the story is about how Aladdin uses his wishes to win the princess' heart and set the Genie free, all the while defending himself against Jaffar, who wants the lamp. 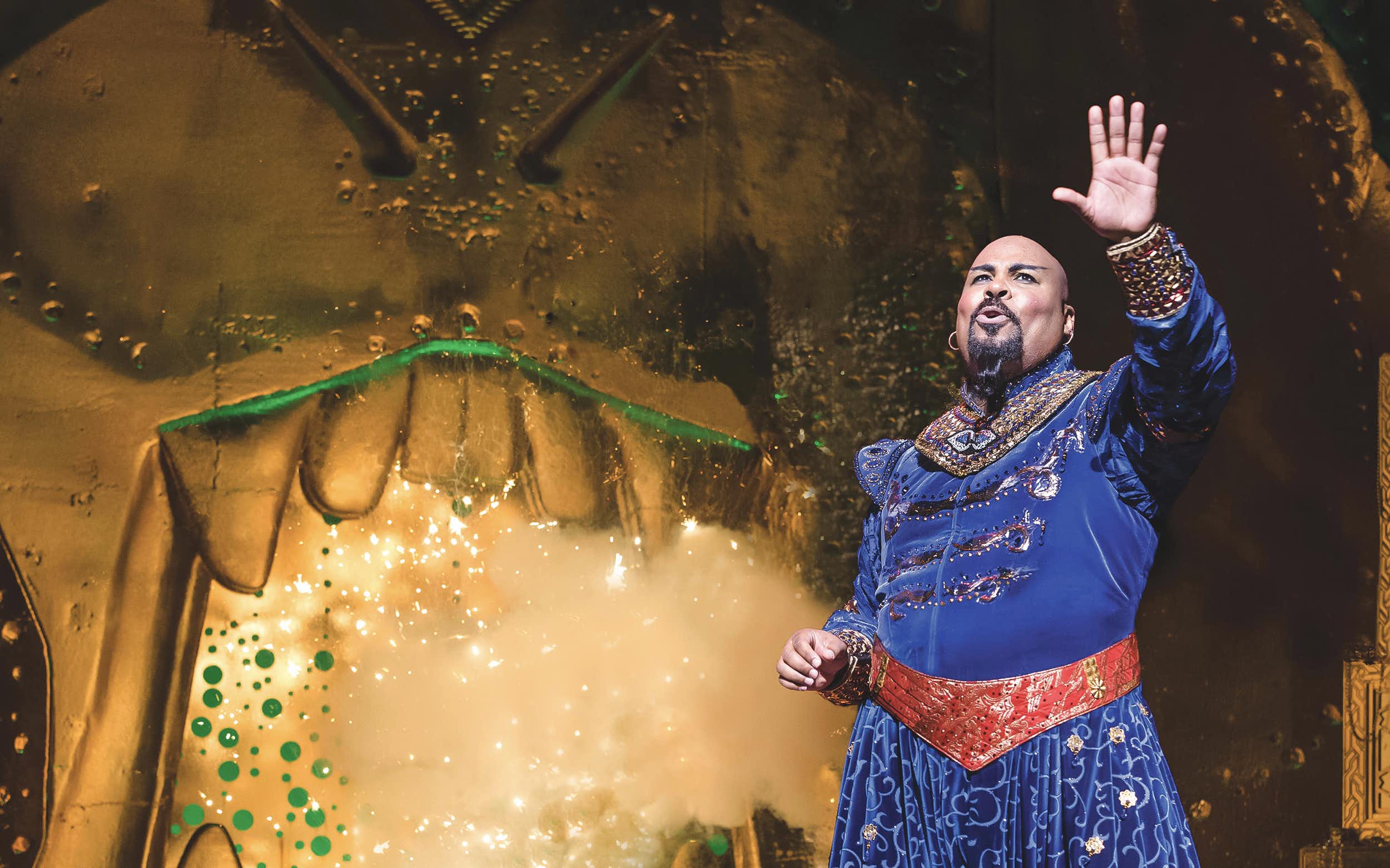 Top Songs
"Overture", "Arabian Nights", "One Jump Ahead" & "Proud Of Your Boy"

Audience
Suitable for all ages. No entry for children below age 4.

Seating
The theater has a seating capacity of 1,702 in total. You can check out the seating chart here. 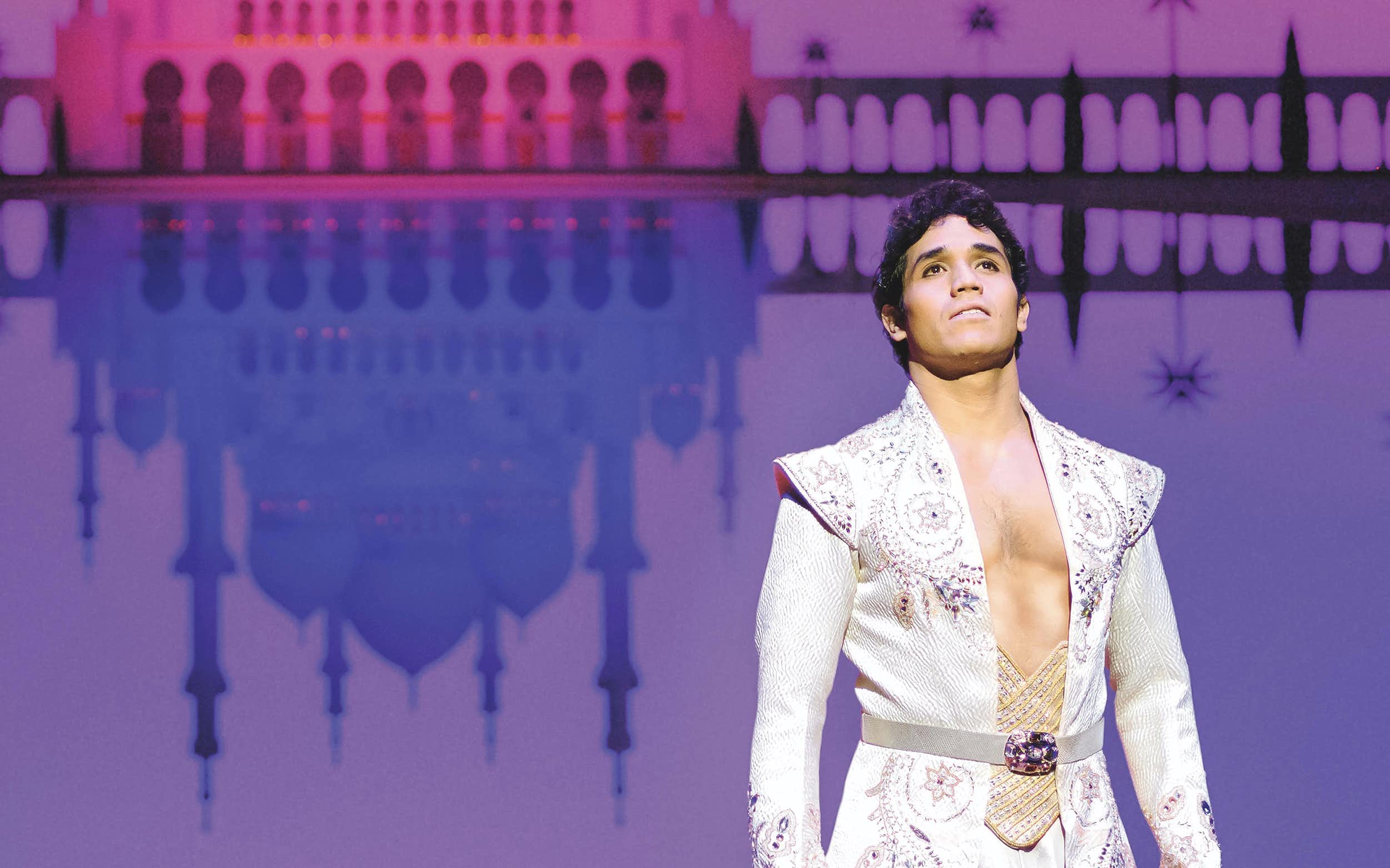 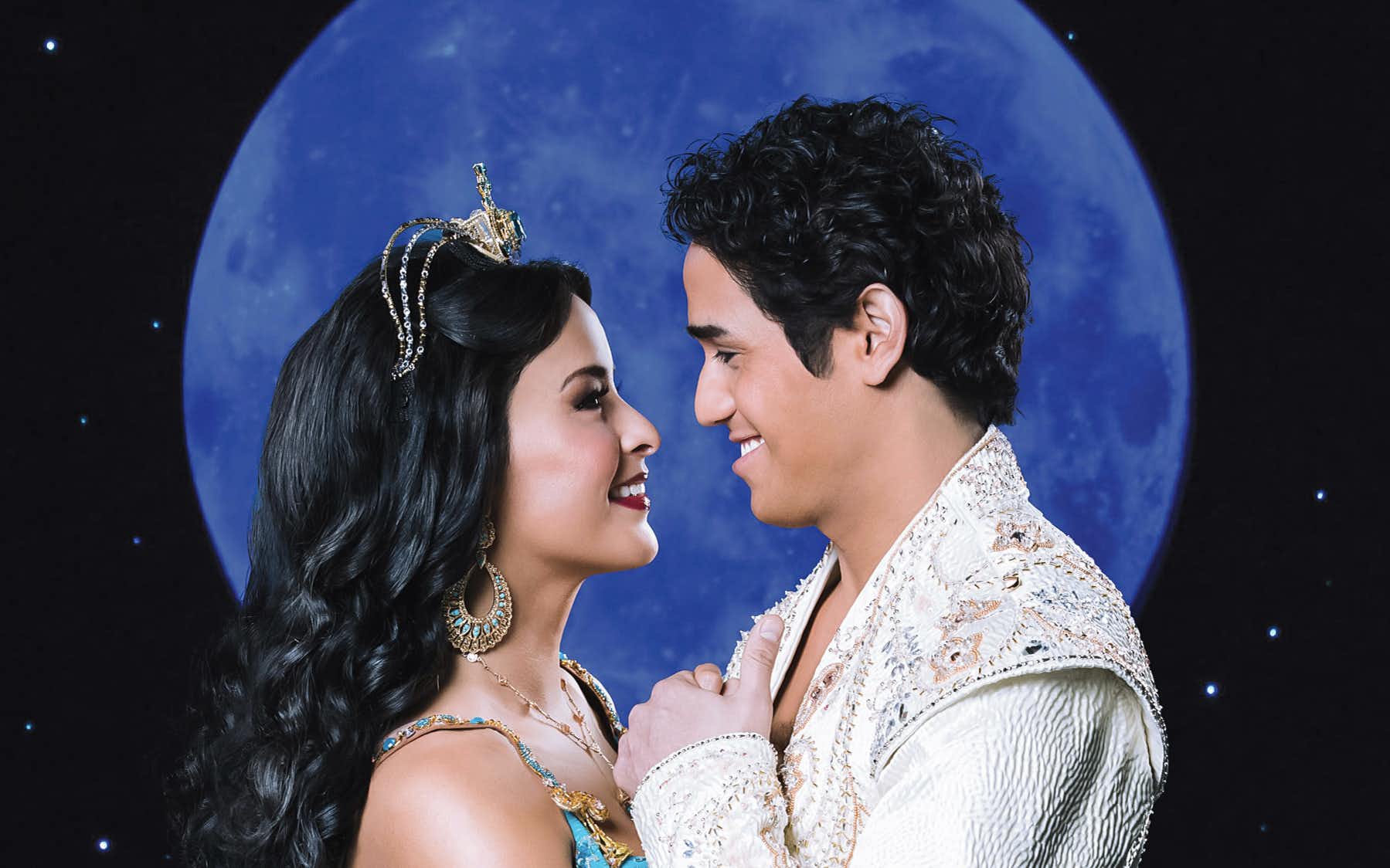 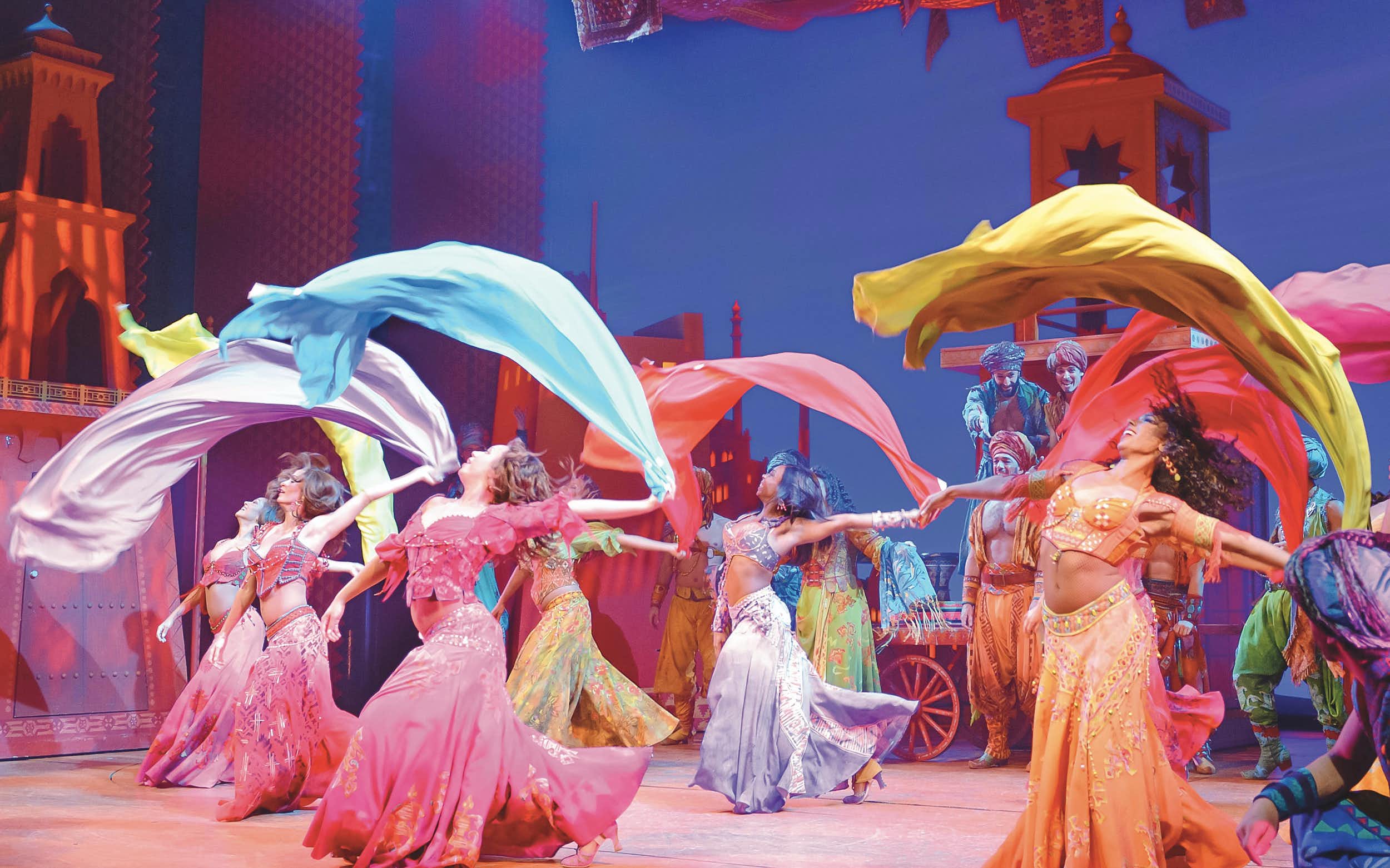 Constructed in 1903 by A.L. Erlanger and Marcus Klaw, a famous theatre production duo of the early 20th century, the New Amsterdam theatre has seen many changes in its 115 years of existence.

It is one of the last few theatres left from the early 1900s, and despite all the renovations, still emanates a classical, timeless vibe. With 1702 seats spread across three sections, namely orchestra, mezzanine, and balcony, the New Amsterdam theatre is one of the biggest theatres in Broadway district. The theatre is currently home to Aladdin on Broadway.

For tips on how to choose the best seats, you can refer to our New Amsterdam Theatre Seating Chart Guide.

For those looking to book Aladdin discount tickets online, platforms like TodayTix and Headout are your best bet, as they source tickets directly from the box office and scour the internet for any discount codes available for these shows. Any price advantages are then passed on ensuring that you are paying the lowest prices.

Have a look at the real-time seat availability and prices of different sections for Aladdin on Broadway. In the interactive seat-map below, select the date that you would like to watch the show and check out the seats available for that day. You can filter the seats as per your desired price range and purchase tickets directly.