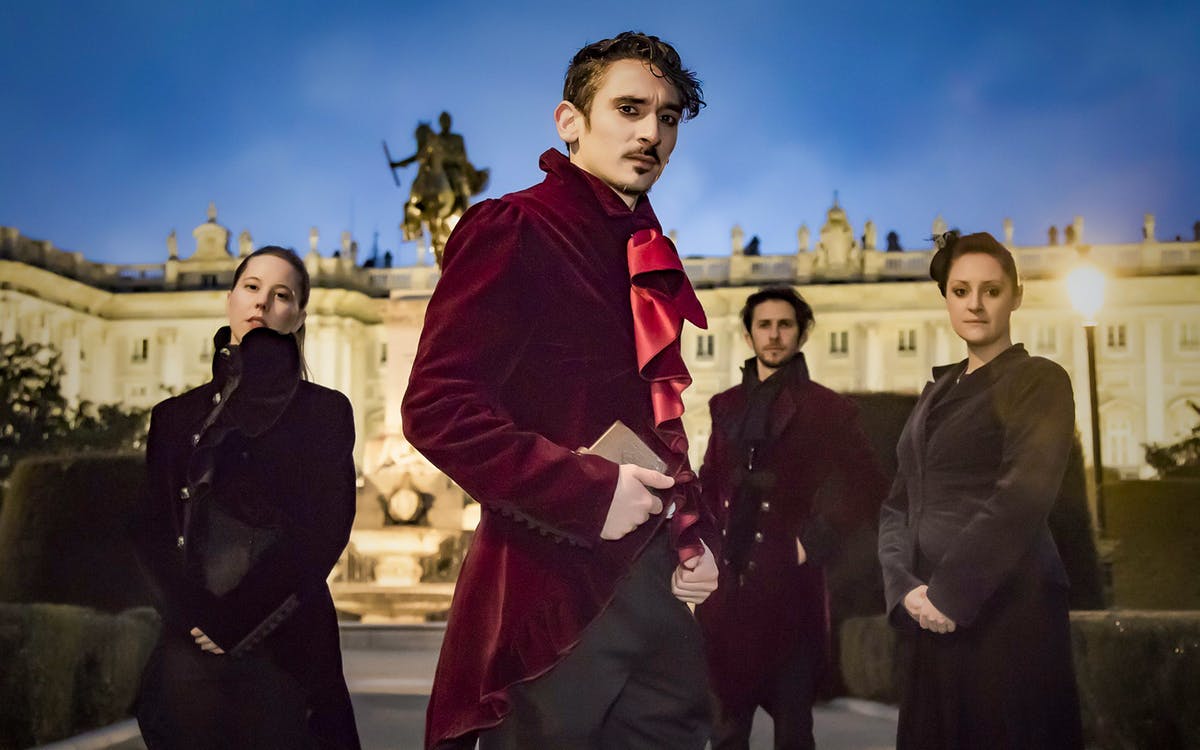 A mysterious evening awaits you on this guided walking tour in Madrid where you will journey to the days of the Spanish Inquisition and the Legends of Old Madrid.

The Spanish Inquisition is infamous for its tales of horror and brutality. Initially formed as a judicial institution, it soon became synonymous with widespread suffering and even death. On this immersive journey, you will get a chance to walk through the alleyways of Old Madrid as a professional guide accompanies you. In keeping with the evening’s theme, your guide will be dressed in historical costume as they tell you of legends and ghosts that burden Old Madrid.

On this tour, you will learn about the details of the Spanish Inquisition that many are not aware of. Intimate aspects, untold stories and so much more await you on this tour. Accompanied by your guide, you will discover many historical facts as you pass by churches, monasteries, and sites that earlier used to be jails and gallows where those who were condemned by the Holy Tribunal were sent.

Missing any information?
Yes
No
€20
Check availability
Best price guaranteed
Why Headout?
Trusted platform used by 100K+ people, each month
Get the lowest prices and last minute availability
Discover and connect with 10,000+ experiences
Browse verified reviews and professional photographs
Have a question? Live chat with our experts 24/7
The world on your tap!Get the Headout app to get tickets on your phone and access app-only deals. Talk about win-win.
We've served 15 million+ guests and we are here for you
15 million +Happy customers across 10,000+ experiences
4.4/55,000+ verified reviews with 90% excellent score
In the MediaFeatured and recommended by the best brands
24 x 7 Help CenterHave a question? Live chat with local experts anywhere, anytime
Headout is building the future of how we experience our cities.
Made with ❤️ all over the 🌎
Headout Inc.
82 Nassau St #60351 New York, NY 10038
Cities
New YorkLas VegasRomeParisLondonDubaiBarcelona+74 more
Headout
About UsHelpCareersTravel BlogCompany BlogCreator Partnerships
Partners
Join HeadoutSupply Partner HubAffiliates
© Headout Inc
Privacy PolicyTerms of Usage