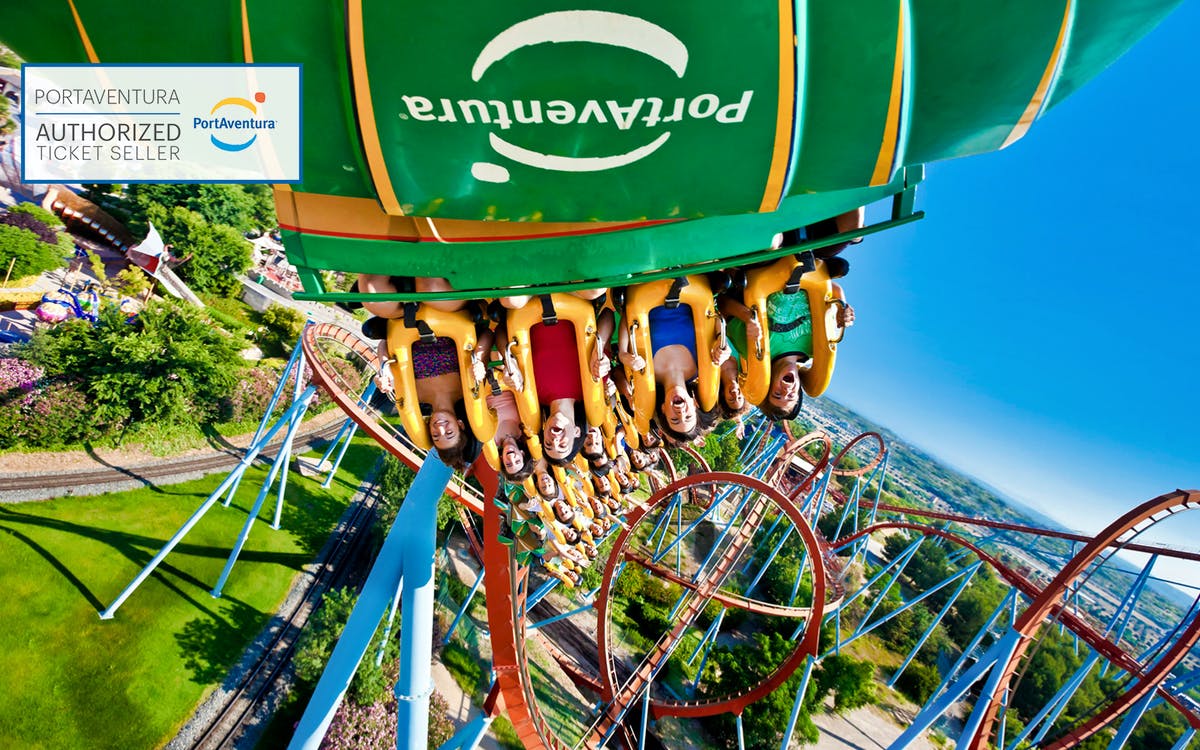 Spend some quality, fun-filled time at one of Spain’s most iconic themed parks, the PortAventura Park. Have the time of your life as you participate in the best rides the country can offer! With 40 hair-raising rides and almost 40 distinct performances, brace yourself for an entire weekend worth of thrills and enjoyment!

why you shouldn’t miss this

With over 4 million visitors per year, PortAventura Park is the most popular theme park in Spain. It is the sixth most visited park across Europe. Originally, the park featured five theme areas. They were based on the regions of Mexico, Polynesia, China, the Far West, and the Mediterranean. In 2011, another themed area was opened based on Sesame Street. The Mediterranean region of the park houses Furius Baco, an accelerator coaster with a top speed of 135 km/h. It also has Port de la Drassana, which takes the visitors from the Mediterranean area to the Chinese section. Far West has nine attractions and occupies the most significant space in the park. A wooden roller coaster, called Stampida is present here, along with a Silver River Flume, a traditional water flume.

At Mexico, a drop tower ride, called Hurakan Condor, which provides spectacular views of the entire park at the top, before the riders are sent to a free fall, is present. It is one of the tallest in the world, at nearly 330 feet. The Temple del Fuego show is a walk-through attraction that is themed on a Maya temple. In the Chinese section, A roller coaster known as Dragon Khan has an astonishing 8 inversions and has consistently ranked as one of the best rides in the world. China also houses Shambhala, the fastest and tallest roller coaster in the world. Polynesia is one of the more laid back sections of the park. It has a water ride where the visitors are shot out of a volcano in a flume boat. SesamoAventura themed around Sesame Street, is targeted towards the younger population that visits the park. Some of the rides here are CocoPiloto, Tami Tami, and Magic Fish.

PortAventura Park helps you discover six completely different worlds. The park boasts of more than 40 rides, which puts your courage to the ultimate test. These rides are not for the faint-hearted. You can also proceed to watch the 40 shows that are performed every day. You can see several tribal dances, cancan, and acrobatic shows. The wide range of roller coasters and thrill rides will leave your heart thumping throughout your visit. As Furius Baco catapults you from a dead-stop to 135 km/h in under 3 seconds, you will be amazed by the remarkable speeds of these amusements that truly make it an adrenaline junkie paradise. At the Shambhala roller coaster, you will experience the largest fall in Europe! Several restaurants are present throughout the park, where you can relax from the breathtakingly fast-paced activities of the day.

If you do not particularly enjoy the high-speed thrills of the park, worry not! You can see several shows by the light of a bonfire, dances from distant places and some rhythmic tribal songs. Inside the Gran Teatro, you can witness some of the most mind-boggling dance routines, acrobatics, and serene music. PortAventura has something for everyone, and you are guaranteed one of the best experiences of your life!

You will have to present an EU Digital COVID Certificate to access the bars and restaurants located within PortAventura parks and hotels. Children under the age of 12 years old are exempt from this process.

This product has two variants. You can opt for a day trip from Barcelona with transport included or you can opt for Entry tickets to PortAventura Park alone.

How To Use Your Tickets
You will receive an email with your PortAventura ticket voucher shortly. Please take a print out of this. Just show the printed voucher along with a valid photo ID at the meeting point of the tour.

Validity
The ticket is valid only for the date and time for which you’ve scheduled the booking.

The park has a wide variety of restaurants in each world. You will find everything from exquisite à la carte restaurants with attentive table service to fast food outlets if you prefer to grab a bite on the move

Missing any information?
Yes
No
This experience is unavailable
You'll be the first to know when these tickets are back online.
notify me
Awesome!We will notify you.
Why Headout?
Trusted platform used by 100K+ people, each month
Get the lowest prices and last minute availability
Discover and connect with 10,000+ experiences
Browse verified reviews and professional photographs
Have a question? Live chat with our experts 24/7
Other experiences similar to PortAventura Park Tickets
Theme Parks
Park Güell Timed Entry Tickets
4.2
(15.3K)
€10
Landmarks
Casa Mila: Skip the Line Ticket + Audio Guide
Instant Confirmation
4.3
(2.8K)
€25
Landmarks
Casa Batlló Timed Entry Ticket
Instant Confirmation
4.5
(1.9K)
from €35
Airport Transfers
AEROBUS Barcelona Airport Transfer
Instant Confirmation
4.2
(1K)
€5.90
Free Cancellation
Guided Tours
Park Güell Guided Tour with Skip-the-Line Access
4.3
(3K)
from €23
The world on your tap!Get the Headout app to get tickets on your phone and access app-only deals. Talk about win-win.
We've served 15 million+ guests and we are here for you
15 million +Happy customers across 10,000+ experiences
4.4/55,000+ verified reviews with 90% excellent score
In the MediaFeatured and recommended by the best brands
24 x 7 Help CenterHave a question? Live chat with local experts anywhere, anytime
Headout is building the future of how we experience our cities.
Made with ❤️ all over the 🌎
Headout Inc.
82 Nassau St #60351 New York, NY 10038
Cities
New YorkLas VegasRomeParisLondonDubaiBarcelona+74 more
Headout
About UsHelpCareersTravel BlogCompany BlogCreator Partnerships
Partners
Join HeadoutSupply Partner HubAffiliates
© Headout Inc
Privacy PolicyTerms of Usage