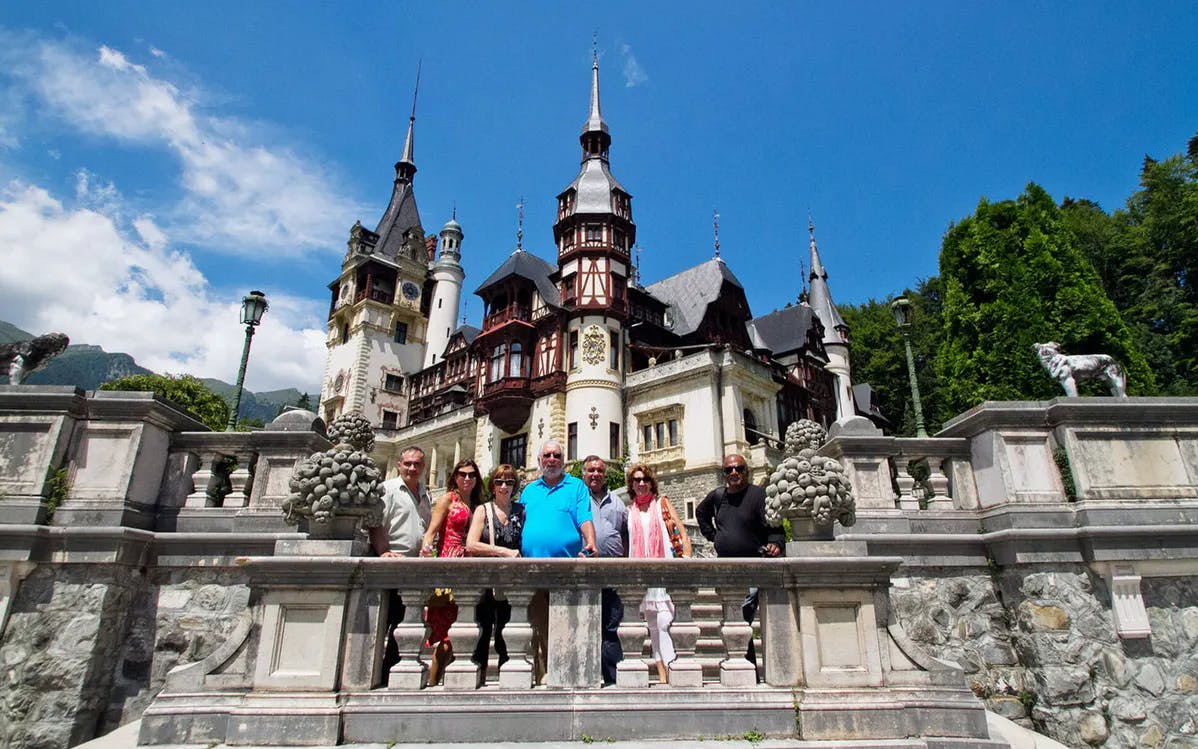 Nestled in the foothills of the beautiful Bucegi Mountains, Peleș Castle is a sight to behold. Enjoy a tour of this 19th-century castle along with an expert guide in the language of your choice!

Missing any information?
Yes
No
€42.20
Check availability
Best price guaranteed
Why Headout?
Trusted platform used by 100K+ people, each month
Get the lowest prices and last minute availability
Discover and connect with 10,000+ experiences
Browse verified reviews and professional photographs
Have a question? Live chat with our experts 24/7

Top Things To Do In Bucharest