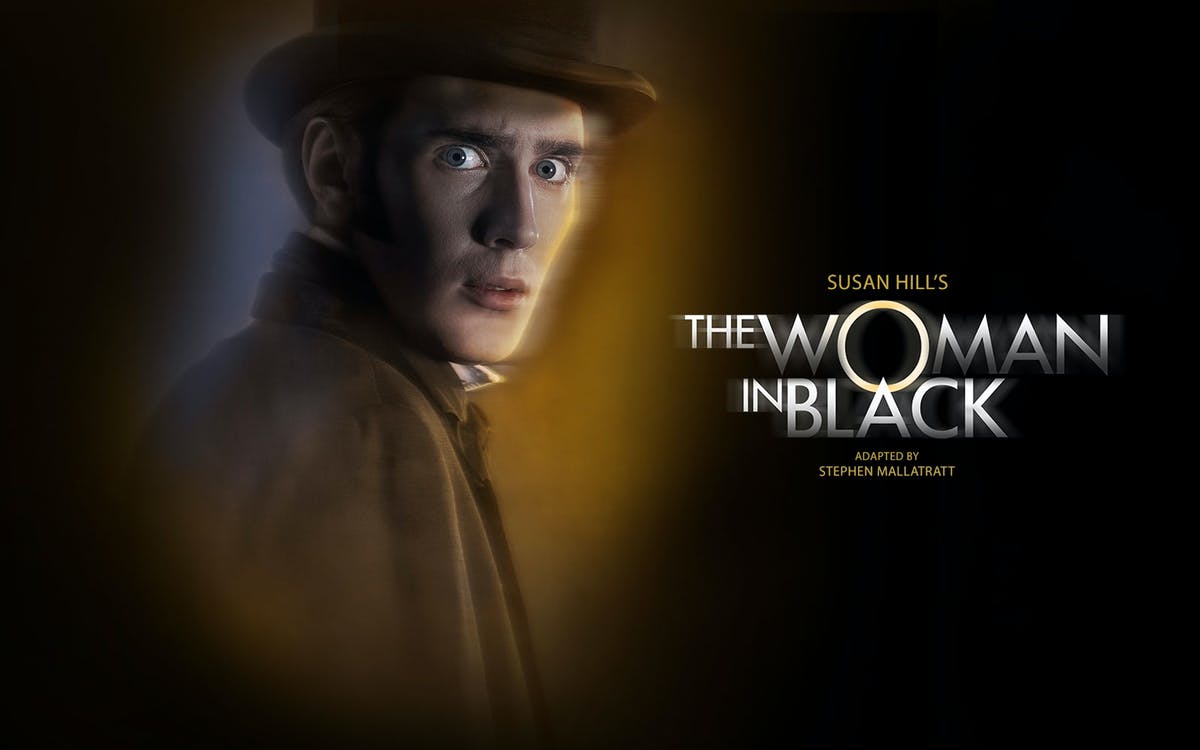 The Woman in Black and Dinner at Fire & Stone - Tickets

Delve into a brilliantly paced horror classic that relies on its excellent sound design, sets, and clever acting to tell a spine-chilling tale! The ticket includes an automatic table reservation at one of the most popular pre-theatre restaurants in the area - Fire & Stone.

why watch the woman in black

Holding a record for successfully captivating audiences for 30 consecutive years in London, The Woman in Black is widely regarded as one of the finest examples of the theatrical horror genre. Written by the prolific Susan Hill, The Woman in Black was adapted for theatre by Stephen Mallatratt and directed by Robin Herford. In fact, the show has become a standard study in on-stage illusions, atmosphere, and sustained horror. It is considerably more difficult to induce fear in a theatrical setting when compared with a movie.

The special effects, sound, and dialogue must be milked to their full potential to produce a satisfactory result, and The Woman in Black goes far beyond satisfactory. Besides the play itself, Fire & Stone is an exceptional place to enjoy a meal. With their impressive collection of homemade pizzas, burgers, pasta, and salads, they have risen to become one of the most popular eateries in the area.

The Woman in Black is narrated by an elderly gentleman named Arthur Kipps. In an attempt to exorcise the demons of his past, Kipps hopes to read an autobiographical piece to his family and friends. He begins by reenacting the day his boss sent him to a small village called Crythin Gifford on the northern coast of Britain to solicit the estate of a client who has passed away. Driven by his thirst for adventure and haughtiness, the young solicitor sets out to spend nights alone at the Eel Marsh House, which stands at a considerable distance from the rest of the village. What ensues is a truly horrifying tale of unleashed evil.

“The beautifully paced chills and thrills that follow may be a bit gimmicky, but they’re so clever, playful, high-spirited and confidently performed that you can’t help being impressed and delighted, even as you’re jumping out of your skin.”
– Los Angeles Times

“One of the most brilliantly effective spine-chillers you will ever encounter.”
– Daily Telegraph

Based on the novel by
Susan Hill

Duration
2 hours including one intermission.

Seating
The Fortune Theatre has a seating capacity of 432.

Missing any information?
Yes
No
This experience is unavailable
You'll be the first to know when these tickets are back online.
notify me
Awesome!We will notify you.
Why Headout?
Trusted platform used by 100K+ people, each month
Get the lowest prices and last minute availability
Discover and connect with 10,000+ experiences
Browse verified reviews and professional photographs
Have a question? Live chat with our experts 24/7
Other experiences similar to The Woman in Black and Dinner at Fire & Stone
Landmarks
Standard Experience Tickets to the London Eye
Instant Confirmation
4.3
(1.2K)
from £32.50
Musicals
The Lion King
Instant Confirmation
4.5
(2.3K)
from £42
Musicals
Mamma Mia!
Instant Confirmation
4.5
(1.9K)
from £18
Musicals
Les Miserables
Instant Confirmation
4.5
(1.3K)
from £24
Musicals
Wicked
Instant Confirmation
4.5
(2K)
from £23.40
The world on your tap!Get the Headout app to get tickets on your phone and access app-only deals. Talk about win-win.
We've served 15 million+ guests and we are here for you
15 million +Happy customers across 10,000+ experiences
4.4/55,000+ verified reviews with 90% excellent score
In the MediaFeatured and recommended by the best brands
24 x 7 Help CenterHave a question? Live chat with local experts anywhere, anytime
Headout is building the future of how we experience our cities.
Made with ❤️ all over the 🌎
Headout Inc.
82 Nassau St #60351 New York, NY 10038
Cities
New YorkLas VegasRomeParisLondonDubaiBarcelona+74 more
Headout
About UsHelpCareersTravel BlogCompany BlogCreator Partnerships
Partners
Join HeadoutSupply Partner HubAffiliates
© Headout Inc
Privacy PolicyTerms of Usage