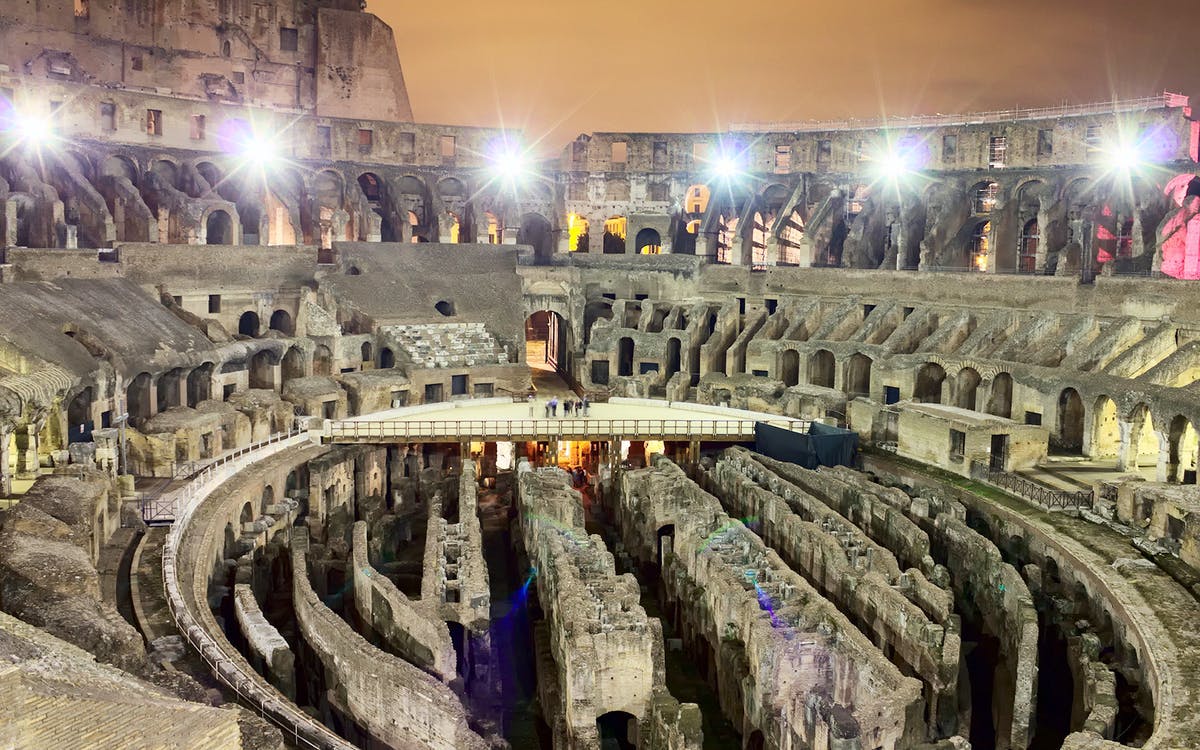 Under the beautiful night sky, skip the line and step into one of the 7 wonders of the world, the Colosseum. Get a guided tour of the amazing, almost 2,000-year-old history that the largest amphitheater in the world holds.

As the moonlight gleams upon the elliptical structure of the ancient Colosseum, skip the line and step into this Roman wonder of the world for a historical quest. On your guided tour of the Colosseum, which has stood the test of time for about 2,000 years, learn about the ancient Roman way of life. Standing on the grand arena floor, you will be engulfed by the vastness of the largest amphitheater in the world. Get the rare opportunity, offered only to a few visitors daily, to explore the underground tunnels and chambers. Stand in admiration of Roman engineering that managed to realize the concept of elevators centuries ago and built 88 elevators leading to the arena. As you take a tour of the first level of the Colosseum, your guide will keep you engaged with stories dating back to the days when gladiators and entertainers performed for the amusement of millions.