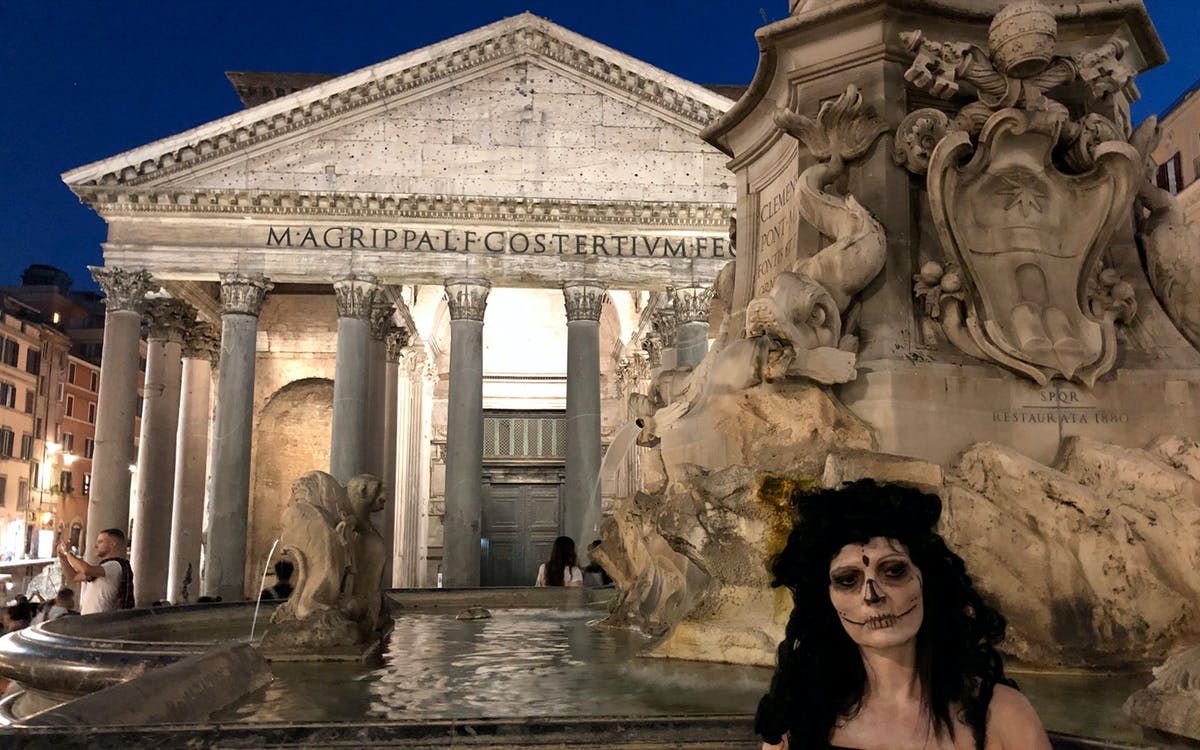 Rome by Night - Guided Tour of Rome’s Highlights at Sunset

On this guided walking tour of Rome, experience the 'Eternal City' of Rome in a new light. Guided by the moonlight and the beautifully lit-up buildings, walk the streets of the city that are not accessible by car. Marvel at the architecture as you learn about the history of the city with fewer tourists and mingle with more locals. Soak in the enchanting monuments as you witness them illuminated.

Begin your tour of the Italian capital in the streets of the Jewish Ghetto, a hidden gem between the Tiber and Piazza Venezia. Established in 1555 near the Tiber River in the southern part of Campo de Fiori, this neighborhood is filled with restaurants, churches, and synagogues that combine Jewish culture with the grandeur of the Roman architecture. See the Turtle Fountain (Fontana Delle Tartarughe) in Piazza Mattei and learn how the Romans could engineer the water flow through the ancient aqueducts.

Walk to the Piazza Della Rotonda and enjoy a magical view of the façade of the Pantheon which is the only ancient Roman temple that has remained untouched through the centuries. Make a wish to find love and good fortune at the Trevi Fountain, which was built in the 18th century with elaborate Baroque architecture. The city is dressed in twinkling lights as you walk to the Piazza di Spagna (the city’s famous square) and climb the Spanish Steps. Spend time at the top to take in the beautiful view. End your gratifying walking tour with tasty and creamy gelato, of course!