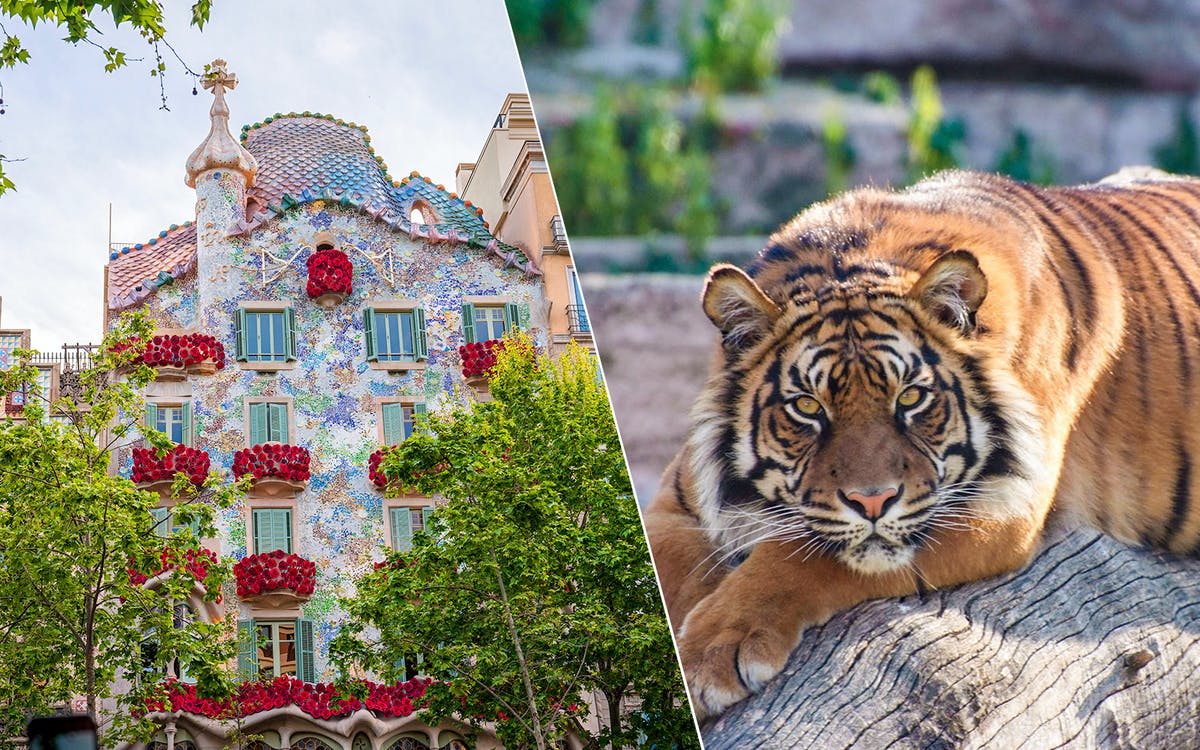 Book this money-saving combo ticket to enjoy timed entry to Gaudí's marvel Casa Batlló, and to meet exotic animals at the Barcelona Zoo.

Enjoy a unique sightseeing experience at Casa Batlló, one of the renovated apartments that put Gaudí's unforgettable work in the spotlight. While it primarily served as the residence of the Batlló family, it also has rented housing that is sewn together by a magnificent entrance that you won't miss. Its facade is sprinkled with bits of blue, mauve and green, giving you an unforgettable sight and is a testament to Gaudí's mastery.

While you enter this unconventional building, you will benefit from an audio guide that will give you everything you need to know about Gaudí's ingenious work. Your ticket also includes access to Gaudí Cube (360°), with which you can enjoy a unique glimpse into the master architecture's mind.

Located in the heart of the city at Ciutadella Park, a visit to the Barcelona Zoo is ideal for a family day out. It hosts over 400 species of mammals, reptiles, and birds, including some that are rare and endangered. The Zoo has been divided into 11 distinct spaces, each housing certain related species. The Land of Dragons, for instance, is dedicated to a set of animals native to the Asia Pacific, especially the Komodo dragons that it is named after. At the Terrarium, see one of the most varied collections of amphibians and reptiles in all of Europe including iguanas, poison dart frogs, boa constrictors, and pythons!

The primate enclosure was inaugurated in 2006 and is dedicated solely to gorillas, the primates that are closest in nature and biology to human beings. There’s also Aquarama, the zoo's colony of sea lions. The large circular tank of water that houses the sea lions is three stories high and holds two and a half million liters of water. The first floor of Aquarama is also home to a number of species native to the Mediterranean and Atlantic coasts.