Get Discounts On The Secret Diary of Adrian Mole Musical London Tickets!

Feeling nostalgic? Walk into the 1980s era replete with references to the Charles and Diana wedding and Margaret Thatcher and follow the journey of your favorite teenager – Adrian Mole! Based on the bestselling book ‘The Secret Diary of Adrian Mole aged 13 ¾’ by Sue Townsend which has sold more than 20 million copies, this musical does justice to the trials and triumphs of Adrian Mole. Rated five-stars in its previous stage productions, the musical is a refreshing take suitable for all ages. Watch The Secret Diary of Adrian Mole aged 13 ¾ and go on a rollercoaster journey with Adrian as he navigates his crush, bully, family, and mostly pimples!

The Secret Diary of Adrian Mole aged 13 ¾ is based on the book by Sue Townsend who is said to have worked on the initial production until her death in 2014. It was adapted to stage by Jake Brunger with music by Pippa Cleary. The duo has a repertoire of family-friendly plays and musicals like ‘Jet! Set! Go!’, ‘The Great British Opera,’ ‘Malory Towers’, and ‘Little Red Riding Hood.’ The musical is directed by Luke Sheppard, whose previous production ‘In the Heights’ has won three Olivier awards. The rest of the creative team includes Rebecca Howell (Choreographer), and Tom Rogers (Set and Costume Designer.

The Secret Diary of Adrian Mole aged 13 ¾ follows the life of an awkward teenager Adrian Mole who lives in Leicester City in the 1980s. The musical is based on the novel of the same name, and while the book is a part of a seven-part series, the musical is heavily inspired by the first book. Adrian faces all the tragedies that befall any teenager – unexpected pimples, crushes, bullies, and a dysfunctional family.

What sets Adrian apart is his curiosity and intellect bordering on the precocious; he has opinions on everything, even Margaret Thatcher! He has to deal with his affections towards his new crush Pandora Braithwaite, negotiate with his bully Barry Kent and try to make sense of his mum leaving his dad for their next-door neighbor. Watch the fun and exciting musical to find out what happens to Adrian Mole! 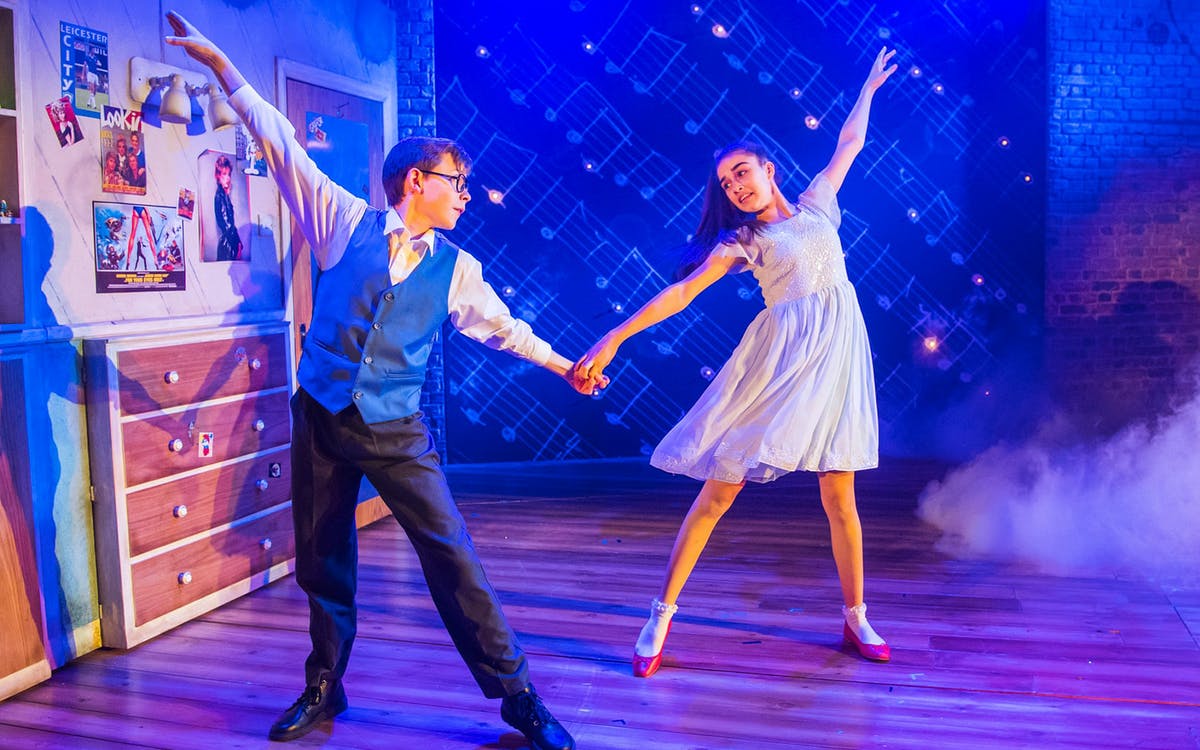 Use promo code WE10 and get a discount onThe Secret Diary of Adrian Mole Musical London Tickets.

Duration
2 hours and 20 minutes, including one interval

Seating
The Ambassadors Theatre has a seating capacity of 444.

Looking for discounts on The Secret Diary of Adrian Mole tickets?

Have a look at the real-time seat availability and prices of different sections for The Secret Diary of Adrian Mole. In the interactive seat-map, select the date that you would like to watch the show and check out the seats available for that day. You can filter the seats as per your desired price range and purchase tickets directly.

Use promo code WE10 and get a discount on The Secret Diary of Adrian Mole Musical London Tickets.

The Secret Diary of Adrian Mole aged 13 ¾ first premiered in Leicester in 2015. It was followed by an Off-West End production in 2017 at the Menier Chocolate Factory and was well-received by critics and audiences. It will have a West End premiere on 15th June 2019 and will play for a limited run until 12th October 2019.

“With the help of a vibrant ensemble, Luke Sheppard tells the earnest diarist’s much-loved story with wit, craft and crackling Cuban dance numbers,”
– The Guardian

“Luke Sheppard’s production fizzes with pep and verve – as Tom Rogers’s delightfully flexible design whizzes us in and out of locations with the greatest of ease.”
– The Standard

Apart from getting tickets for The Secret Diary of Adrian Mole aged 13 3/4 online, there are other ways to obtain West End tickets for cheap, such as:

The Secret Diary of Adrian Mole TKTS tickets are currently unavailable for purchase.

Day Seats are discounted tickets that are available for purchase, and are to be used, on the same day at the theatre. Please note that the availability of tickets is based on the discretion of the Ambassadors Theatre Box Office, and may not be available for all shows.

Day Seats at Ambassadors Theatre are currently unavailable for purchase.

Q: What time should I arrive at Ambassadors Theatre?
A: Doors open 45 minutes before show time. We recommend arriving at least 30 minutes before curtain.

Q: Is there a possibility that I will get partial view seating if I purchase discounted The Secret Diary of Adrian Mole London tickets?
A: When booking with Headout, you will get to select your specific seats, thus, ensuring you do not get stuck with partial view. However, if you opt to try and win lottery tickets, or purchase day seats, your seats will be allocated at the discretion of the Box Office, which can potentially mean partial view seating or split seats.