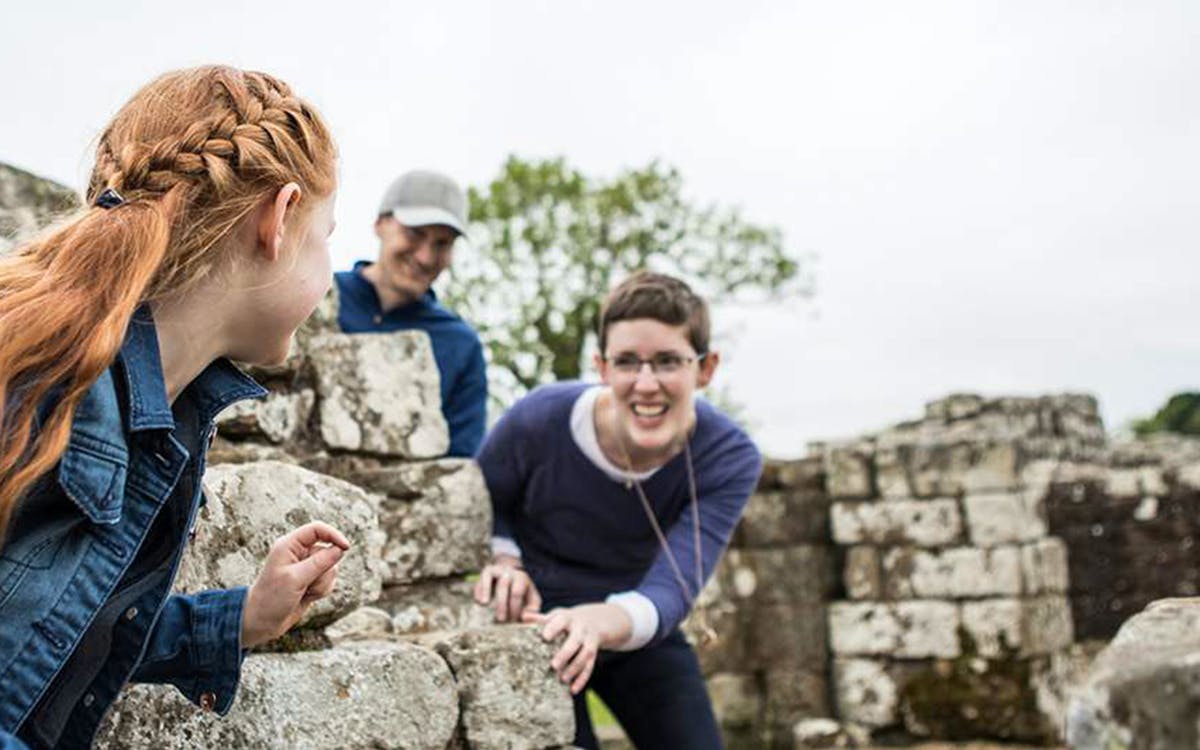 Journey back to life on the frontier and learn the tale of power and ambition in the Roman Empire here. Your Hadrian's Wall excursion begins at Birdoswald Roman Fort, where remains of the Wall's defining features can still be made out. Set on a ridge above river Irthing, you are promised striking views of the gorge it opens into.

Gaze out at the crags of the Whin Sill, where traces of Hadrian's Wall can be seen contouring the dramatic landscape. Standing here, you'll discover 1,800 years of history as the longest remains of the Wall stretches out as far as the eye can see. Explore the ruins of the Roman fort, milecastle and turret.

Feel like a Roman soldier as you march through the four-meter high gatehouse to the new exhibition. Dive into the tale of the most famous Roman frontier, and bring out your creative side with bricks to find out how the Wall was built. Take a quiz to find out what role you would have played in the Roman army, peer through a periscope, and find out the original height of Hadrian's Wall!

Please note that time slots are available every 60 minutes.

Parking is located approximately 200 meters from the site with room for over 50 cars. Parking charges apply.