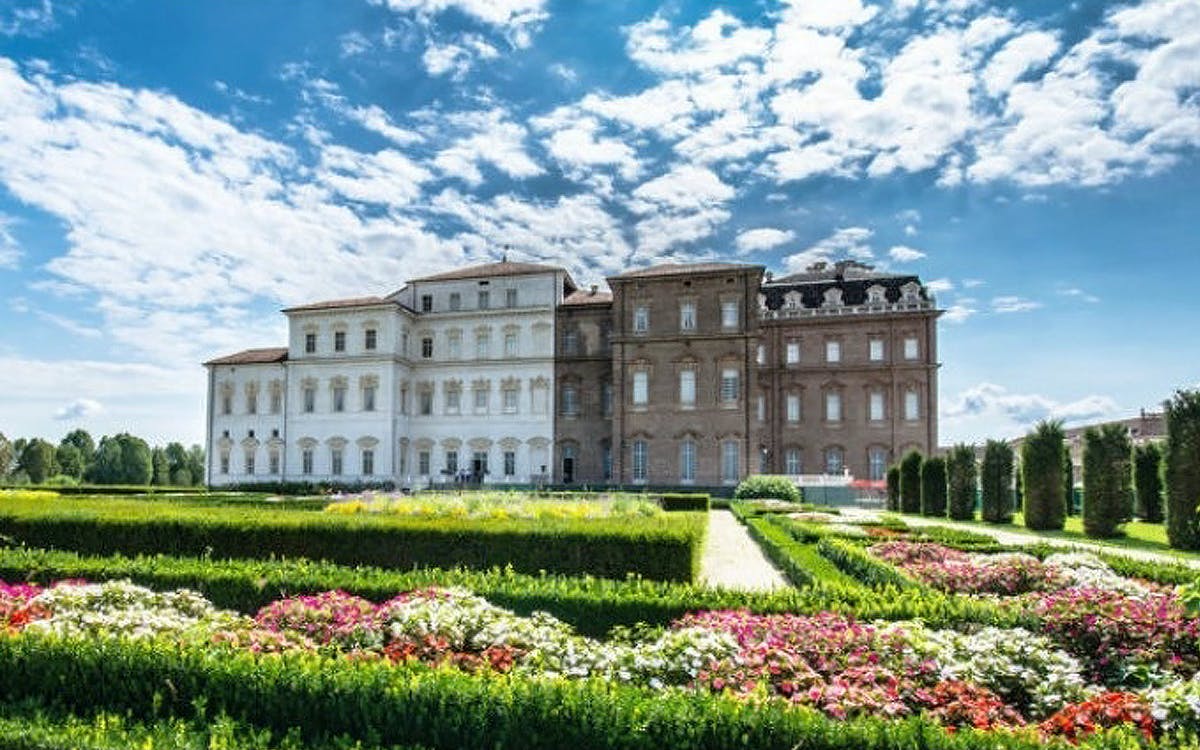 Explore the grandiose Baroque Palace of Venaria, whose ornate halls and pristine lawns have wowed tourists ever since its renovation in 2007.

Back in the 16th century, Savoy prices liked to hunt in the estates that surround the Palace of Venaria, near Turin. The princes would send their hounds chasing after stags in the moorland, which formed the roots of this residence. In fact, 'Venaria' comes from the Latin 'venari,' meaning 'to hunt.' To make this a base for their princely pastime, Duke Carlo Emanuele II commissioned this palace to be built between 1658 and 1679. By the turn of the 18th century, the grand buildings of the Baroque palace and the formal French gardens fell into disuse. They were converted into military barracks during Napoleon's reign and belonged to the Italian military until 1978. The palace was declared a UNESCO World Heritage Site in 1997, renovated, and opened to the public in 2007.

During your visit, check out the permanent display, entitled “Theater of History and Magnificence,” that takes visitors on a 1.2 mile-long walk through the ground floor and the piano nobile (main floor) of the Royal Palace. Walk through the 17th-century Hall of Diana, the Great Gallery, and the solemn Church of St. Hubert. Explore the charming apartments of the Duchess Maria Giovanna Battista of Savoy-Nemours. Browse through Prince Eugene of Savoy’s refined collection of paintings, which now grace the walls of the apartment of Princess Ludovica, the sister of Duke Charles Emmanuel II. The current collection consists of 60 works dating back to the 17th century, including masterpieces by Reni, Albani, Cignani, Van Dyck, Brueghel, and other Flemish and Dutch masters.

The permanent exhibition ends with a section titled “Lights and Shadows: Restoration in Progress.” Get an overview of the Palace’s history over the last two centuries here, including the military phase and the subsequent decay. Learn about the ensuing cultural debate on the recovery and the use of the complex, the restoration projects and the rebirth during the late 1990s.

As the barrier-free passages connecting the Reggia and the Gardens are being completed, visitors with disabilities and visitors with baby carriages can access the Venaria complex as follows:

Missing any information?
Yes
No
This experience is unavailable
You'll be the first to know when these tickets are back online.
notify me
Awesome!We will notify you.
Why Headout?
Trusted platform used by 100K+ people, each month
Get the lowest prices and last minute availability
Discover and connect with 10,000+ experiences
Browse verified reviews and professional photographs
Have a question? Live chat with our experts 24/7
Other experiences similar to Palace of Venaria Admission Tickets
Zoos & Aquarium
Zoom Torino Entrance Ticket
Instant Confirmation
4.3
(1.3K)
€22.50
Museums
Priority Entrance Tickets to the Royal Palace of Turin
4.3
(746)
€15
Free Cancellation
Guided Tours
Egyptian Museum: Skip The Line Guided Tour
Instant Confirmation
4.5
(354)
from €32
Free Cancellation
Guided Tours
Egyptian Museum & Royal Palace Guided Tour
Instant Confirmation
4.5
(398)
from €69
Free Cancellation
Guided Tours
Royal Palace of Turin: Skip-the-Line Ticket and Guided Tour
Instant Confirmation
New
€36
The world on your tap!Get the Headout app to get tickets on your phone and access app-only deals. Talk about win-win.
We've served 15 million+ guests and we are here for you
15 million +Happy customers across 10,000+ experiences
4.4/55,000+ verified reviews with 90% excellent score
In the MediaFeatured and recommended by the best brands
24 x 7 Help CenterHave a question? Live chat with local experts anywhere, anytime
Headout is building the future of how we experience our cities.
Made with ❤️ all over the 🌎
Headout Inc.
82 Nassau St #60351 New York, NY 10038
Cities
New YorkLas VegasRomeParisLondonDubaiBarcelona+74 more
Headout
About UsHelpCareersTravel BlogCompany BlogCreator Partnerships
Partners
Join HeadoutSupply Partner HubAffiliates
© Headout Inc
Privacy PolicyTerms of Usage