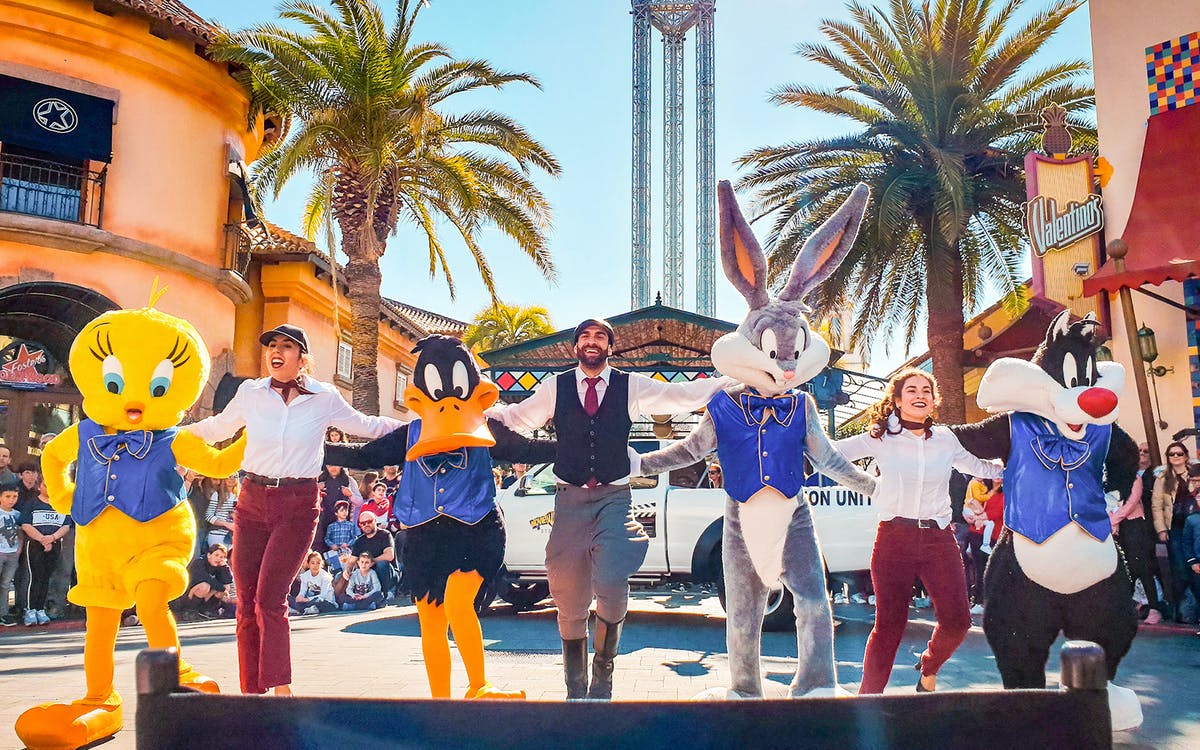 Spend a fun-filled day out exploring the unique attractions at Parque Warner Madrid.

You can cancel these tickets up to 120 hours before the experience begins and get a full refund.

Fight the best-known baddies in the DC universe just like your favorite heroes, travel from Hollywood to the Wild West, or make friends with Scooby-Doo and the gang - Parque Warner Madrid will have you reliving all your favorite childhood moments!

The park is divided into five themed areas. Cartoon Village honors the best characters from the Looney Tunes. Whether it's to join the Road Runner Bip Bip tour here (will the Coyote finally be successful?), or the Yabba-Dabba-Doo Driving School, there's plenty to explore for kids and adults alike.

Bravehearts can attempt Arkham Asylum in DC Super Heroes World - simply get on the wagon and have an adventure with Batman™. Spoiler alert: it includes five reversals, a fall from 31-meters, and a top speed of 83 km/hr! Stunt Fall in Movie World Studios is similarly exciting. Imagine simulating an action scene with six intense loops! The most unnerving fact about it is the boomerang effect it causes because it runs its normal course and then moves in the reverse. At Hollywood Boulevard, take a selfie with Marilyn Monroe and visit the exact replica of the Chinese Theater.

Don your Texan hat at The Old West Territory and get on the Coaster Express, the longest wooden roller coaster in Europe.

This ticket is valid for 1 or 2 days from the date selected during checkout (depending upon the option chosen).