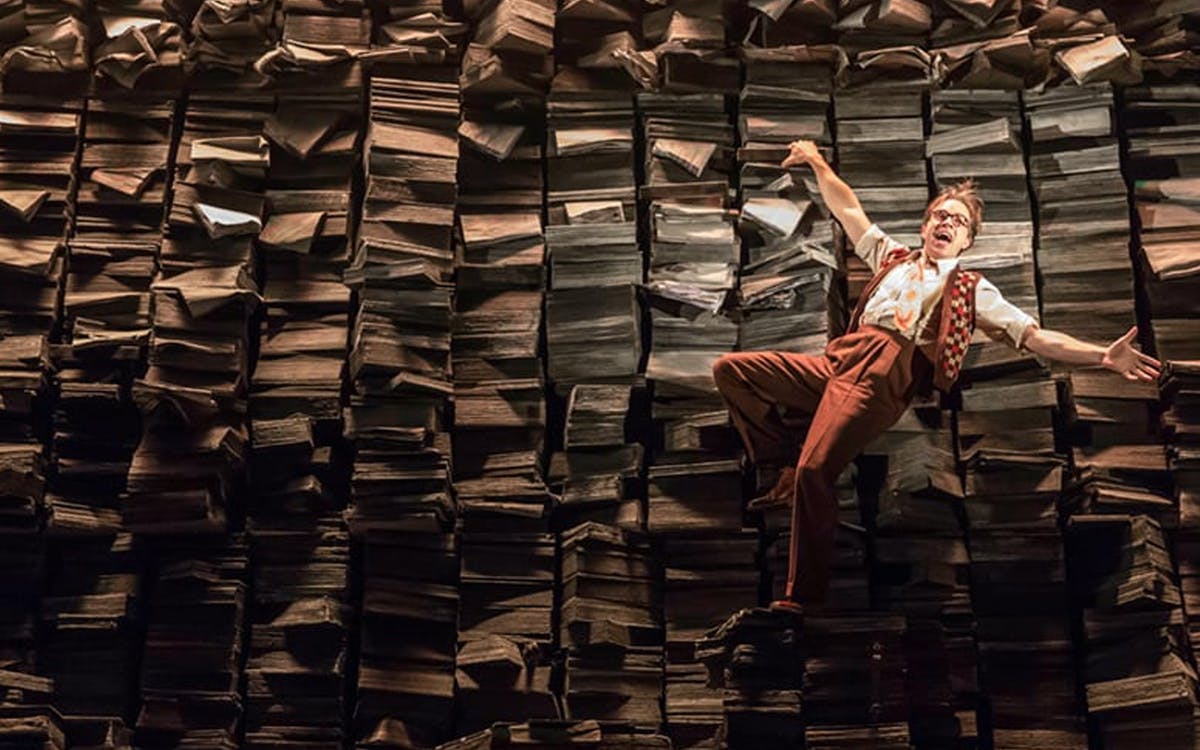 Watch the award-winning production of City of Angels from the Donmar Warehouse at West End this autumn!

why watch city of angels

Josie Rourke’s “ingenious, stupendous revival” (The Telegraph) premiered in 2014, when it was hailed as “a blissful evening” (The Stage) that’s “smart, seductive and very funny” (Evening Standard). City of Angels is a musical love letter to the glam and the fame of old Hollywood and film noir. The West End production will star Hadley Fraser, Rosalie Craig, Rebecca Trehearn and, making her West End debut, Vanessa Williams.

The classic play about Tinseltown and the dangers that lie waiting around every corner, City of Angels follows the parallel stories of a screenwriter with a movie to finish, and a private eye with a case to crack. But, as it is with such things, nothing’s black and white when a dame is involved. Does anyone stick to the script in this city? What is reel and what is real? Watch the play and find out!

Audience
Recommended for ages 14 and up.

Missing any information?
Yes
No
This experience is unavailable
You'll be the first to know when these tickets are back online.
notify me
Awesome!We will notify you.
Why Headout?
Trusted platform used by 100K+ people, each month
Get the lowest prices and last minute availability
Discover and connect with 10,000+ experiences
Browse verified reviews and professional photographs
Have a question? Live chat with our experts 24/7
Other experiences similar to City of Angels
Free Cancellation
Landmarks
Tower of London Tickets with Crown Jewels
Instant Confirmation
4.3
(5.4K)
£29.90
Free Cancellation
Walking Tours
Warner Bros. Studio Tour London with Round-Trip Air-conditioned Transfers
Instant Confirmation
4.4
(1.6K)
from £84.60
Musicals
Wicked
Instant Confirmation
4.5
(2K)
from £23.40
Musicals
The Lion King
Instant Confirmation
4.5
(2.3K)
from £30
Free Cancellation
Dinner Cruises
Westminster To Greenwich River Thames Sightseeing Cruise
Instant Confirmation
4.3
(1.2K)
£14
The world on your tap!Get the Headout app to get tickets on your phone and access app-only deals. Talk about win-win.
We've served 15 million+ guests and we are here for you
15 million +Happy customers across 10,000+ experiences
4.4/55,000+ verified reviews with 90% excellent score
In the MediaFeatured and recommended by the best brands
24 x 7 Help CenterHave a question? Live chat with local experts anywhere, anytime
Headout is building the future of how we experience our cities.
Made with ❤️ all over the 🌎
Headout Inc.
82 Nassau St #60351 New York, NY 10038
Cities
New YorkLas VegasRomeParisLondonDubaiBarcelona+74 more
Headout
About UsHelpCareersTravel BlogCompany BlogCreator Partnerships
Partners
Join HeadoutSupply Partner HubAffiliates
© Headout Inc
Privacy PolicyTerms of Usage