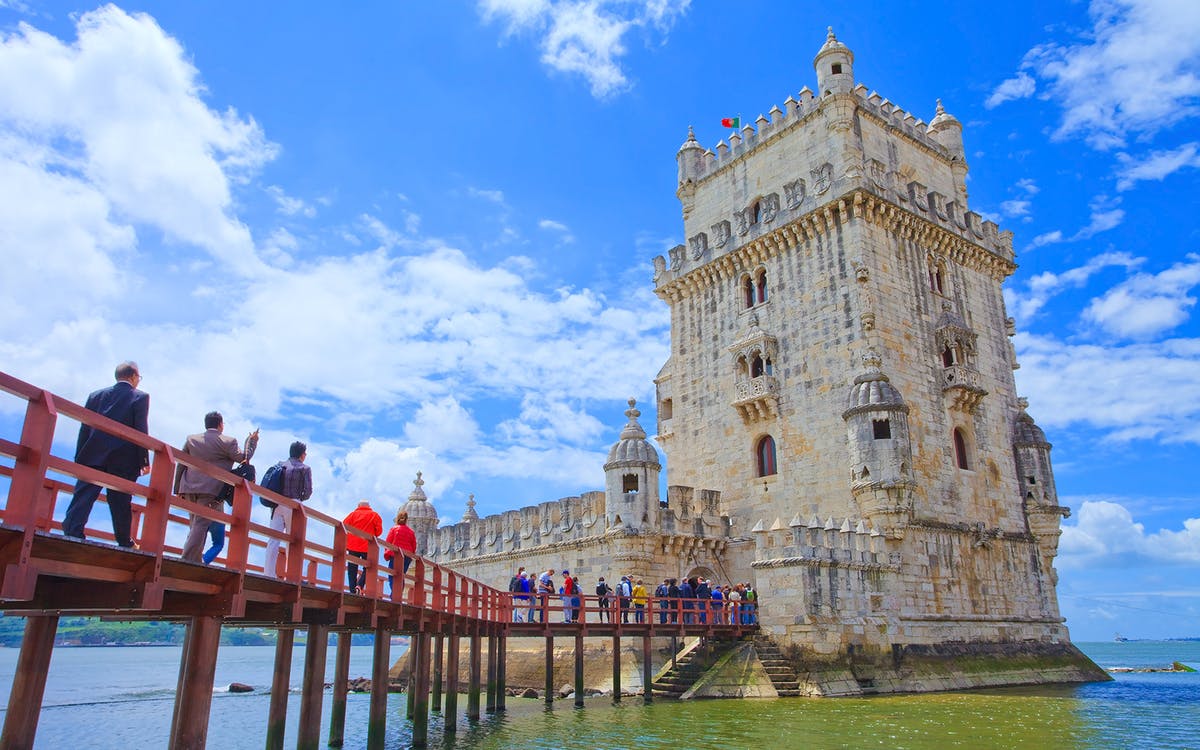 Visit the iconic Belém Tower, an unmissable Portuguese landmark of culture and heritage.

The Belém Tower has long been a symbol of Portugal’s history, culture, and heritage. Officially called the ‘Tower of Saint Vincent’ (in honor of Lisbon’s patron saint), this notable landmark is a 16th-century fortification on the River Tagus. Serving as a start point and destination for Portuguese ships and explorers, it was also a ceremonial gateway to the city.

With these efficient skip-the-line tickets, don’t wait around in the long queues at the Tower and dive right into exploring this UNESCO Heritage-listed monument. Learn about its historic role in protecting the city as part of a tripartite defense system and how this fell apart after the Spanish Occupation. With its limestone foundation and traditional medieval architecture, better known as ‘Manueline’ architecture, the most noticeable elements are the twisted ropes that wind around the building – ending in elegant knots – armillary spheres, crosses of the Order of Christ, and other Gothic features. The Tower consists of four stories: the Governor's Room, Kings' Room, Audience Room, and the vaulted chapel.