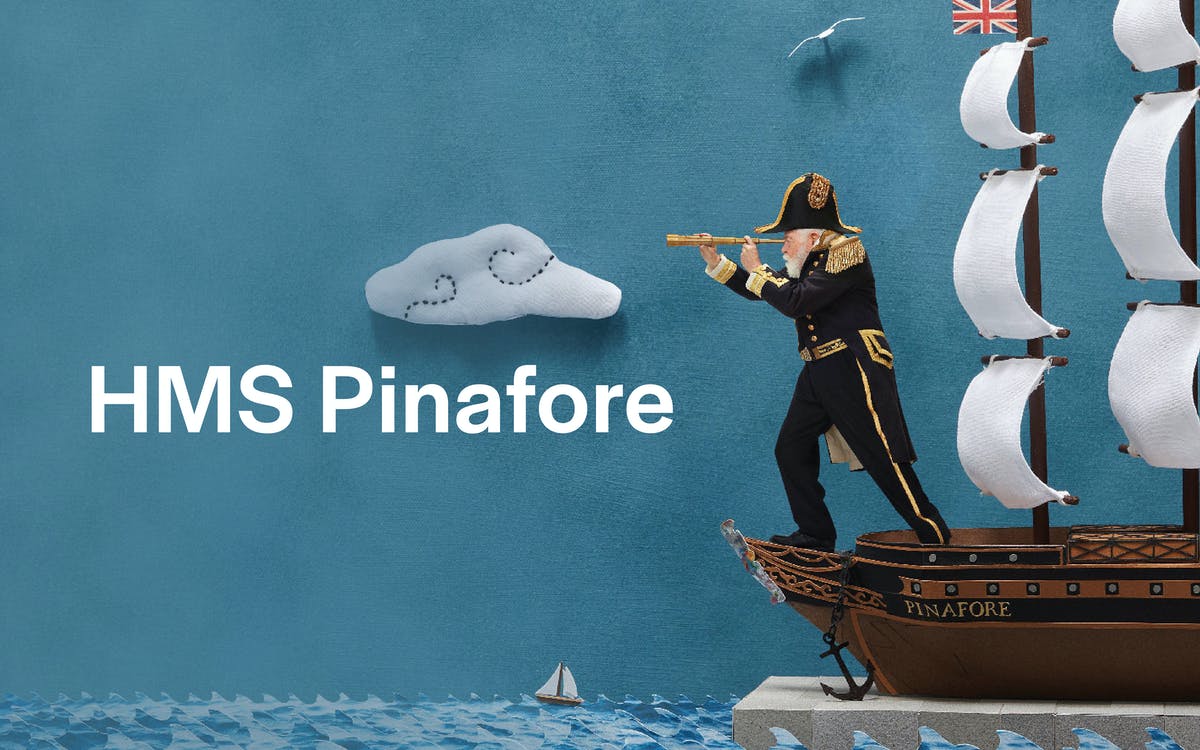 Laugh at the witty dialogue, enjoy the characters, tap your feet to the amazing tunes and enjoy a comically happy ending. These are the most ridiculous shenanigans ever seen on a ship!

Aboard the Royal Navy ship HMS Pinafore, Josephine, the captain's daughter, falls in love with a lower-class sailor, Ralph Rackstraw. Her father wants her to marry Sir Joseph Porter, the First Lord of the Admiralty. While she's torn between honoring her dad's wish and following her heart, Josephine and her love eventually plan to elope. The captain discovers this but a surprise near the end of the story changes things dramatically!

Packed with silly characters and hilarious plot twists, HMS Pinafore offers a satirical take on the British class system. The comic opera is composed of two acts with music by Arthur Sullivan and a libretto by W. S. Gilbert. This is an amusing story of love, honor, and duty directed by Cal McCrystal. Les Dennis is charting his operatic debut as Sir Joseph and is joined by John Savournin as Captain Corcoran. ENO Harewood Artists Elgan Llŷr Thomas and Alexandra Oomens perform as Ralph and Josephine, while Chris Hopkins conducts.

Audience
Suitable for all ages

Seating
The London Coliseum has a seating capacity of 2,359

You will get an e-mail confirmation with your HMS Pinafore voucher. Please display the same on your mobile phone with a valid photo ID.