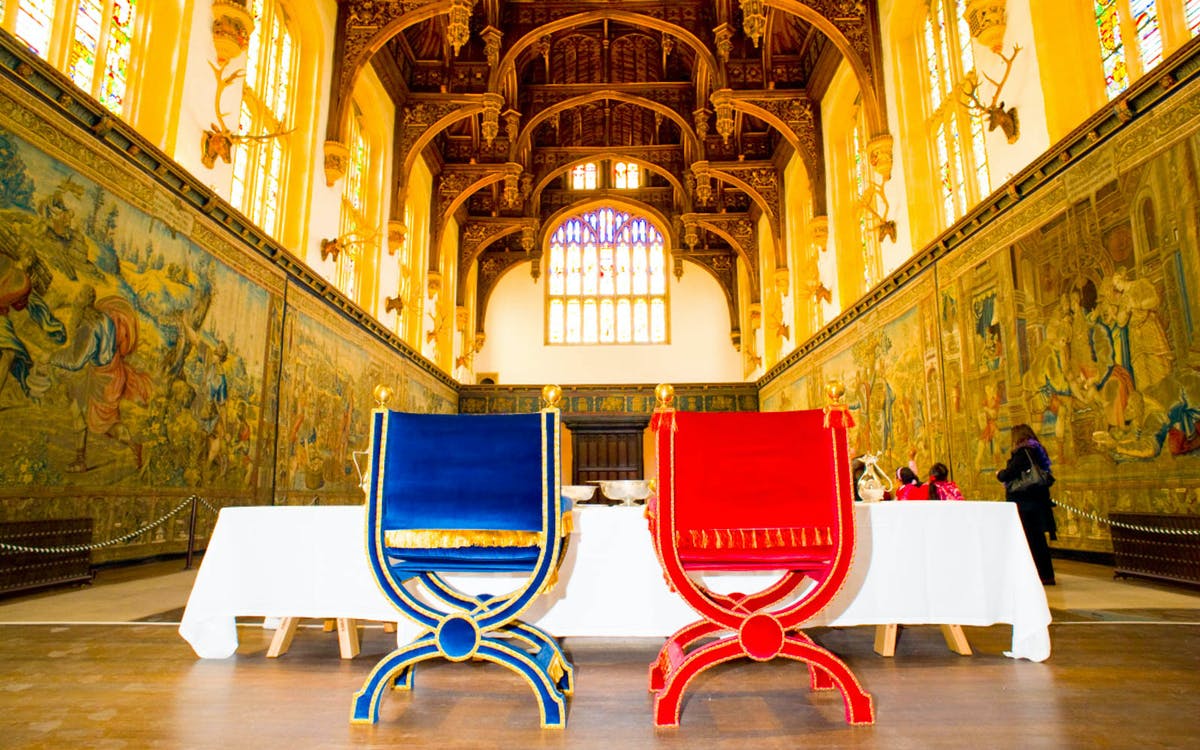 Hop aboard a train from London's Waterloo station and travel to Hampton Court Palace! A half-an-hour ride will get you to Hampton Court station, from where you’ll proceed to the entrance of the attraction that essentially comprises of two palaces. What awaits you is a spell-binding Tudor Palace, initially developed by Cardinal Wolsey and later by Henry VIII, positioned next to a Baroque Palace constructed during the reign of William III and Mary III. When Henry VIII was nearing his demise in 1547, he owned over sixty houses, but he held the Hampton Court Palace close to this heart during the latter part of his reign.

You’ll be visiting the King’s apartments in the role of one of his courtiers, donning a Tudor cloak and making your way to the enormous kitchens which was where banquets for over 1000 guests were prepared. A right-turn past the wine cellar will get you to Chapel Royal, the former seat of the monarch and his companions (Royal Pew), and a still-active place of worship. You’ll also come across the ‘Young Henry’ as part of an exhibition that portrays his relationship with Katherine of Aragon, his first Queen.

You’ll also make your way to William III’s State Apartments comprising of the Guard Chamber, the Presence Chamber, the Privy Chamber, and the Great Bedchamber. Additionally, you’ll also get to see his Private Apartments where he resided, for the most part, giving you an idea of his splendid taste in art. The views of the gardens from the apartments are simply outstanding.

Up next is 60 acres of beautiful gardens running all the way down to the Thames River. These gardens are home to the world’s oldest maze (spanning a third of an acre), three National Plant Collections (Heliotropium ‘Cherry Pie Plant’, Lantana 'American shrub verbena', Queen Mary II Exoticks), and the largest Grape Vine in the world. The Gardens feature dazzling fountains along with seasonal displays of thousands of blooming flower buds.

You are free to explore the Palaces and Gardens till they close for the day.

There is no specific dress code applicable to those visiting Hampton Court Palace. Smart, elegant, and respectful dressing is expected as families are going to be present. Please note that visitors (adult or child) in costume are not allowed.

This historic building has quite a few irregular surfaces and difficult staircases. It is recommended that wheelchair users bring their own wheelchairs for ensuring a comfortable experience. A lift to the State Apartments is available on the first floor. Please speak to a State Apartment Warder in case you wish to use it.

A number of wheelchairs are available (free of charge) for use around the palace. Single-person mobility scooters can be borrowed for use in the gardens. Please get in touch with a staff member at the entrance for details. Please note, disabled visitors require a ticket but their carer can enter free of charge. Also, those who are specially disabled will require a valid medical proof to bring along a carer.

Getting To The Hampton Court Palace

These tickets are valid only for the date selected during check-out.