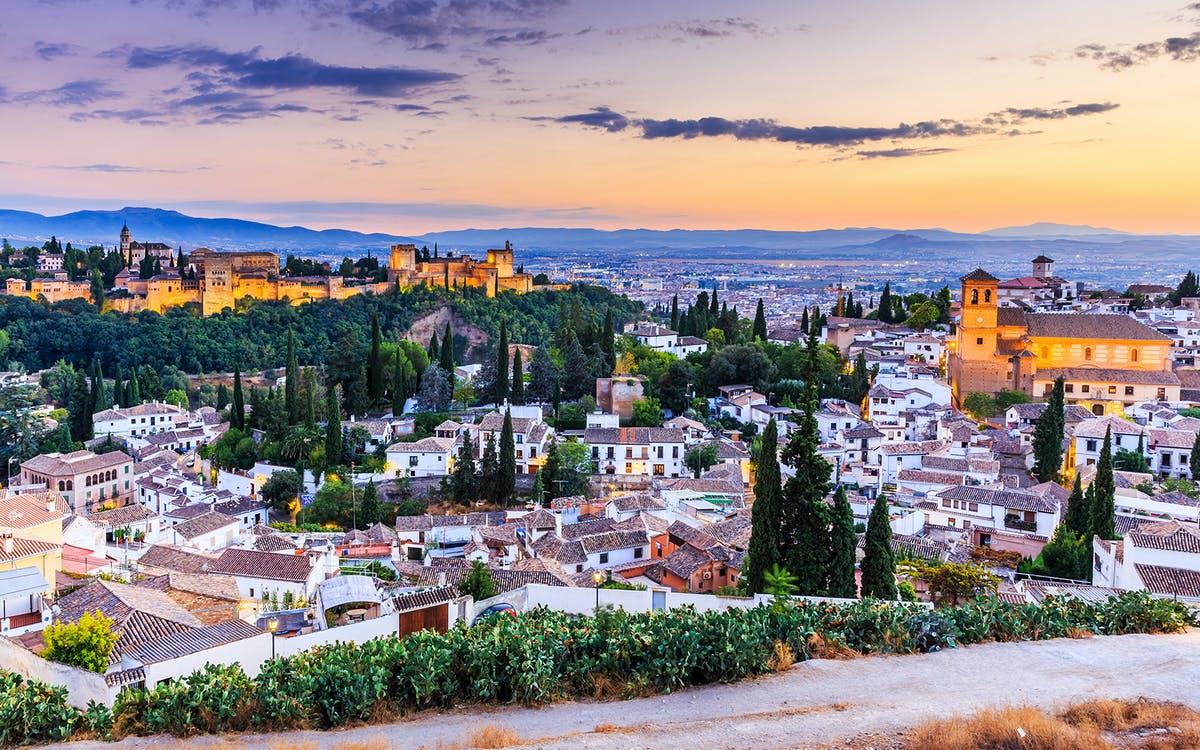 Guided Tour of the Alhambra, Granada Cathedral and Royal Chapel

Watch history come to life as you explore parts of the Andalusian capital of Granada. Stroll through symbolic sites like the Cathedral, the Royal Chapel, and the palatial hilltop complexes of Alhambra and Generalife.

You can cancel these tickets up to 720 hours before the experience begins and get a full refund.

Start Your Visit from the Center of Granada

The group meets their guide at Abside Shop. You will walk together to Pasiegas Square before entering the Cathedral. Once inside, expect a medley of intricate structural styles and discover the interesting truth of its foundations. Then, make your way down the street of Calle Officios, to Alcaicería - a quaint bazaar where you can get Moorish souvenirs. Next stop is the Royal Chapel, where you will hear the stories behind the vaults, arches, crypts, and tombs within this imperial mausoleum.

In the next part of your tour, climb up to the magnificent Moorish labyrinth of Alhambra, originally commissioned by Nasrid rulers in the 13th century and renovated by successors over the years. Perched on the Sabika Plateau overlooking Granada, this self-contained citadel has its own marketplaces, residences, gardens, sentinel posts, and a total of 6 palaces. Spend the last 3 hours of your tour traversing shimmering pools, expansive courtyards and ornate greenery between Alhambra and its luxurious neighbor Generalife.