Get Discounts On The Starry Messenger London Tickets!

A middle-aged man tired of his routine life strays out of his marriage and falls for a younger woman. Tired of the plot you say? The Starry Messenger will prove to you that there is no such thing as an overdone plot! The play written by Kenneth Lonergan treats a common trope with such finesse that watching the play is a delight. The dialogues and monologues that explore the meaning of life and the universe itself are compelling and will draw you into contemplation. Yet, there is comic relief, and all is not serious in this engaging play. Kenneth is known for his previous works that include Manchester by the Sea, Gangs of New York, and You Can Count On Me.

The Starry Messenger has a glittering galaxy of talented actors led by Matthew Broderick who also played the lead character in the 2009 Broadway play. Joining him is Elizabeth McGovern, who is famous for her role in Downton Abbey, and Olivier-Award winners – Jim Norton, Jenny Galloway, and Rosalind Eleazar. The rest of the cast includes Joplin Sibtain, Sinead Matthews, and Sid Sagar. The West End production is directed by Sam Yates whose repertoire includes ‘The Phlebotomist,’ ‘Glengarry Glen Ross,’ and ‘Murder Ballad.’

The Starry Messenger is a story that is simple and commonplace, yet profound and intensely personal for those involved. It follows the life of Mark Williams who is a middle-aged astronomer working in a planetarium in New York. His life is one of constant routine, and the complacency finds itself creeping into his relationships with his son and wife, with whom he only has habitual conversations.

His life starts to change when his father passes away, and his work is in jeopardy. To make things more interesting, he meets Angela, a trainee nurse who works in a hospital and a single mother. He starts falling for her, but something catastrophic happens that makes him question the meaning of life and their purpose in the universe. Watch The Starry Messenger to find out what happens to Mark, his wife, and Angela, at the Wyndham's Theatre. 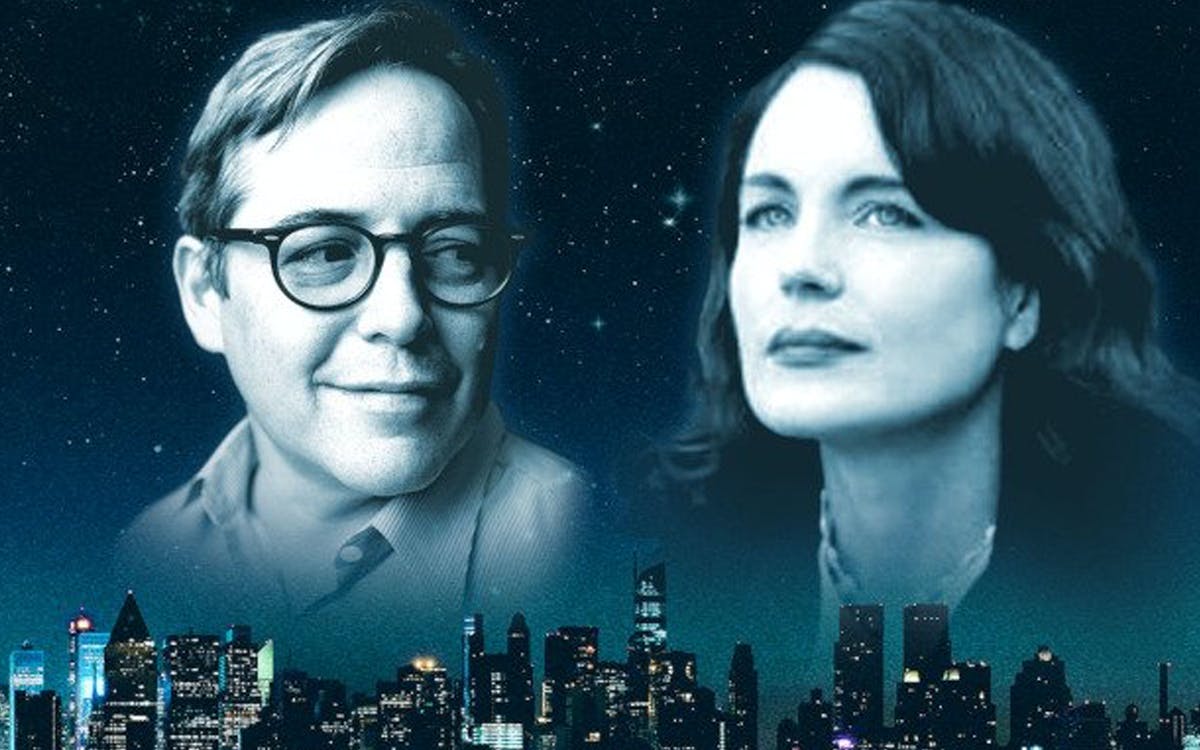 Use promo code WE10 and save £10 on The Starry Messenger London tickets.

Looking for discounts on The Starry Messenger London tickets?

Have a look at the real-time seat availability and prices of different sections for The Starry Messenger London. In the interactive seat-map, select the date that you would like to watch the show and check out the seats available for that day. You can filter the seats as per your desired price range and purchase tickets directly.

Use promo code WE10 and save £10 on The Starry Messenger London tickets.

The Starry Messenger first premiered at the Acorn Theatre on Broadway in 2009. It will have a West End premiere at the Wyndham Theatre for a limited period from 16th May to 10th August 2019.

“Mr. Lonergan’s gift for dialogue laments the inadequacy of human communication, while quietly celebrating the valiance in trying to overcome it.”
– The New York Times

“Playwright-director Kenneth Lonergan sure knows how to enrich the process of fumbling reflection, lacing questions large and small, about ourselves and the cosmos, with characteristic sensitivity, compassion and humor.”
– Variety

Apart from getting tickets for The Starry Messenger online, there are other ways to obtain West End tickets for cheap, such as:

The website displays availability of tickets for the current day, along with the following two days. The Starry Messenger TKTS tickets for the show are currently unavailable.

Q: Is there a possibility that I will get partial view seating if I purchase discounted The Starry Messenger London tickets?
A: When booking with Headout, you will get to select your specific seats, thus, ensuring you do not get stuck with partial view. However, if you opt to try and win lottery tickets, or purchase day seats, your seats will be allocated at the discretion of the Box Office, which can potentially mean partial view seating or split seats.