Get Discounts For On Your Feet London Tickets!

About The Theatre
Seating Plan
On Your Feet!
Hairspray

It’s impossible to stay put and sit in your seat as you watch ‘On Your Feet!’. The pulsating Cuban rhythm mixed with disco tunes will have you swinging. Gloria Estefan was the voice of a community, and the voice of a generation for decades. Her music co-created with her husband Emilio Estefan echoed with the masses and rang the billboard numbers! The musical charts her journey through her teenage and on to her life with Emilio, their ups and downs and the support of her family in reaching the heights. Both Gloria and Emilio have collaborated in producing the musical and it features their and Miami Sound Machine’s best numbers. Enjoy a brilliant summer musical with your favorite music icon!

On Your Feet! The Story of Emilio & Gloria Estefan is based on the book written by Alexander Dinelaris and is directed by Jerry Mitchell who is best known for directing ‘Kinky Boots’ and ‘Legally Blonde The Musical’. The fantastic choreography is done by Sergio Trujillo who has won an Olivier award for ‘Memphis the Musical’. The cast is led by Christie Prades in the role of Gloria Estefan and George Ioannides playing Emilio Estefan. The rest of the cast includes Madalena Alberto, Karen Mann, Elia Lo Tauro, and Hollie Cassar. The show runs for 2 hours 15 minutes with one interval.

On Your Feet! is the story of the legendary singer Gloria Estefan and her husband Emilio Estefan. Their journey begins in Cuba where Gloria was born and raised, and then she makes her way to Miami with her family. Few years later, she meets Estefan who had started the Miami Sound Machine. And the rest, as they say, is history! Gloria went to win 26 Grammy Awards and won the Presidential Medal of Freedom for her contribution to American Culture Life.

Emilio pioneered the Latin crossover sound of fusing Cuban rhythms with American pop and disco. Together, they have sold over 100 million records worldwide. The On Your Feet! musical features some of their best numbers like ‘Rhythm is Gonna Get You’, ‘Conga’, ‘Get On Your Feet’ and ‘Don’t Want To Lose you Now’. Watch On Your Feet! to find out the true story of Gloria Estefan this summer at the London Coliseum. 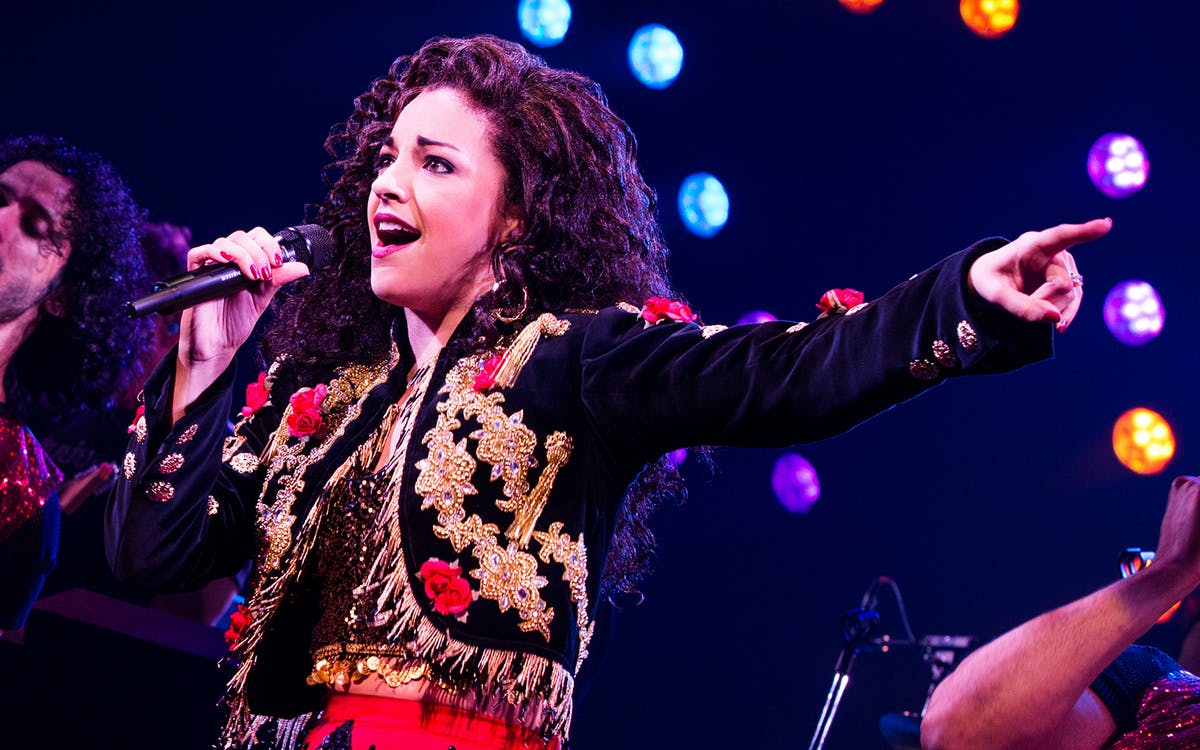 Use promo code WE10 and save £10 on On Your Feet London tickets.

Audience
Suitable for ages 5 and up.

Seating
The London Coliseum has a seating capacity of 2,263.

On Your Feet London Tickets

Looking for discounts on On Your Feet London tickets?

Have a look at the real-time seat availability and prices of different sections for On Your Feet! In the interactive seat-map, select the date that you would like to watch the show and check out the seats available for that day. You can filter the seats as per your desired price range and purchase tickets directly.

Use promo code WE10 and save £10 on On Your Feet London tickets.

On your Feet! Musical had a world premiere in Chicago in June 2015, followed by a Broadway premiere in October 2015. The musical then did a tour of Netherlands and US. It will have a West End premiere at the London Coliseum for a limited period from 14th June 2019 to 31st August 2019.

“The musical neatly showcases the boppy dance-floor hits and swoony ballads that made Ms. Estefan and the band Miami Sound Machine a radio and MTV staple in the 1980s.”
– The New York Times

“The finale gives the crowd what it wants, an infectious encore that trots nimbly through the greatest hits.”
– The Guardian

Apart from getting tickets for On Your Feet online, there are other ways to obtain West End tickets for cheap, such as:

On Your Feet! London TKTS

On Your Feet! London Lottery

On Your Feet! London Day Tickets

Day Seats are discounted tickets that are available for purchase, and are to be used, on the same day at the theatre. Please note that the availability of tickets is based on the discretion of the London Coliseum Box Office, and may not be available for all shows.

Day Seats at London Coliseum are currently unavailable for purchase.

Q: What time should I arrive at London Coliseum?
A: Doors open 45 minutes before show time. We recommend arriving at least 30 minutes before curtain.

Q: Is there a possibility that I will get partial view seating if I purchase discounted On Your Feet London tickets?
A: When booking with Headout, you will get to select your specific seats, thus, ensuring you do not get stuck with partial view. However, if you opt to try and win lottery tickets, or purchase day seats, your seats will be allocated at the discretion of the Box Office, which can potentially mean partial view seating or split seats.