Get Discounts On Falsettos London Tickets!

Love is what holds people together, even when it hurts. Falsettos is one of the first creative endeavours which portrayed what a modern American family would look like. People change, new people come into your life and people love! The musical explores familial bonds beyond those of blood; it follows the story of a Jewish gay man, Marvin, and his family as they explore relationships and meaning of love. Watch the Tony Award-winning musical ‘Falsettos’ playing in London for the first time, for a funny and poignant show that will leave you hopeful and in happy tears.

Falsettos is a story that is set in the 1970s New York against the backdrop of the coming out of a gay man and the AIDS epidemic. The story might seem outdated, as neither homosexuality is a taboo nor is AIDS an epidemic anymore. But it’s the treatment of the story that still holds true, it’s the individual characters that stand out and the role of the family that rings true even in 2019.

The musical is written by William Finn whose writing is inspired by his own life as a Jewish American. His other famous play is ‘The 25th Annual Putnam County Spelling Bee’. James Lapine also wrote the book and directed the original production, he is known for shows like ‘Into the Woods,’ and ‘Passion,’ and has won a Pulitzer Prize for Drama. This production of Falsettos is being directed by Tara Wilkinson who is known for working on shows like ‘Come From Away,’ ‘Motown the Musical,’ and ‘Sister Act.’

Falsettos is set in 1979 in New York City around an unorthodox Jewish family which is struggling with defining familial bonds. Marvin is gay and is recently divorced from his wife, Trina, and they share the custody of their 10-year-old son Jason. Marvin is dating Whizzer, an interesting man full of life and who doesn’t cherish monogamy the way Marvin does. To make sense of his life in disarray, Marvin visits a psychiatrist Mendel and urges Trina to do so too.

Mendel falls for Trina, Whizzer and Marvin are figuring out their relationship and all this while Jason is dealing with the new members of the family and depending on Whizzer quite a lot. In the second act, the story moves ahead two years and it is 1981 and the AIDS epidemic is looming large over America. The family is now joined by a lesbian couple as neighbors, Dr. Charlotte and Cordelia, and Trina and Mendal are now married!

The big event, the last joyous moment the entire family can share together, is Jason’s Bar Mitzvah. While Jason is busy planning which girls to invite, as he starts to acknowledge his attraction to girls, his parents are bickering how to conduct the event. Amidst this strife, Whizzer falls sick and is in the hospital. Watch Falsettos to find out whether Whizzer makes it out alive, what happens to Jason’s Bar Mitzvah, and if the family stays together. 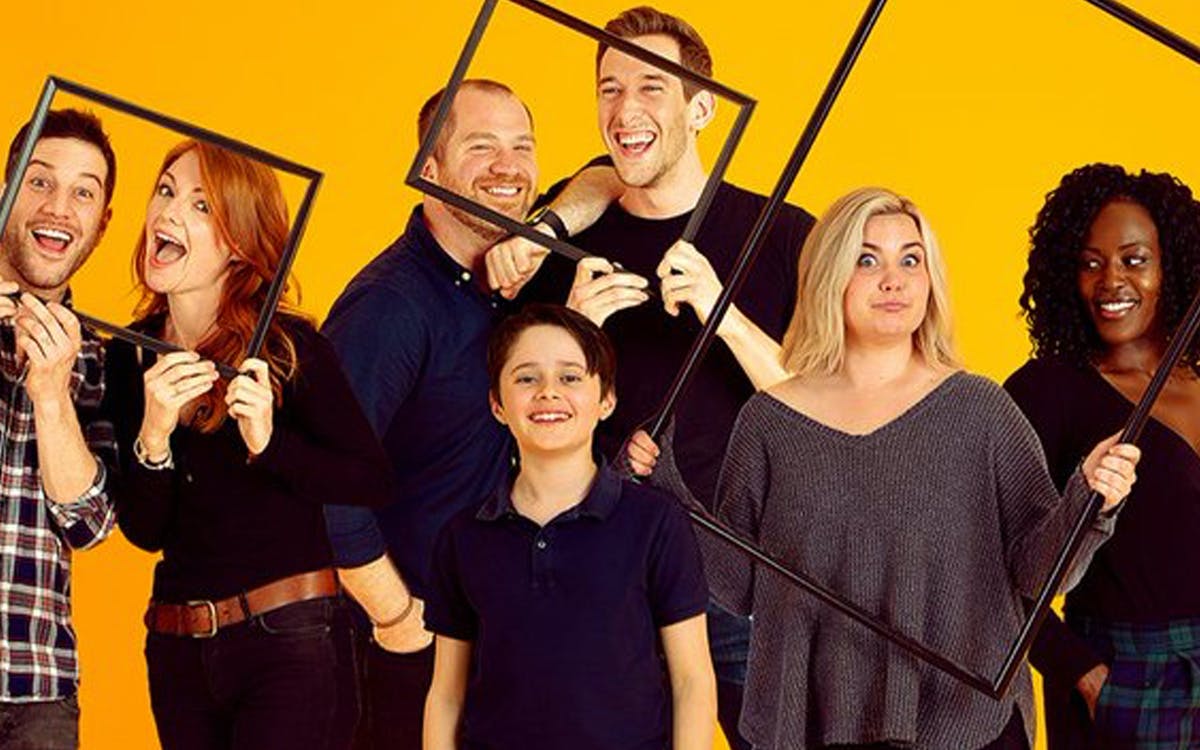 Use promo code WE10 and get a discount on Falsettos London tickets.

Have a look at the real-time seat availability and prices of different sections for Falsettos. In the interactive seat-map, select the date that you would like to watch the show and check out the seats available for that day. You can filter the seats as per your desired price range and purchase tickets directly.

Use promo code WE10 and get a discount on Falsettos London tickets.

Falsettos first premiered Off-Broadway as two One-Act plays ‘March of the Falsettos’ and ‘Falsettoland’. It premiered on Broadway on 29th April 1992 followed by an Australian production. It was revived on Broadway in 2016 and will premiere at West End in August 2019.

‘Best Book of a Musical’ and ‘Best Original Score’ Tony Awards for the 1992 original Broadway production.

“There’s hardly a moment in the exhilarating, devastating revival of the musical “Falsettos” that doesn’t approach, or even achieve, perfection."
– The New York Times

“The show’s lancet-like approach to individual psychology, which reveals the characters at their passionate, neurotic, tender, greedy, bewildered worst and best."
– The Guardian

Apart from getting tickets for Falsettos online, there are other ways to obtain West End tickets for cheap, such as:

Q: Is there a possibility that I will get partial view seating if I purchase discounted Falsettos London tickets?
A: When booking with Headout, you will get to select your specific seats, thus, ensuring you do not get stuck with partial view. However, if you opt to try and win lottery tickets, or purchase day seats, your seats will be allocated at the discretion of the Box Office, which can potentially mean partial view seating or split seats.

Falsettos will be premiering at The Other Palace, located at 12 Palace Street in Westminster. The Other Palace comes under Andrew Lloyd Webber’s LW Theatres and has been renovated in February 2017. The theatre boasts 312 seats spread across 13 rows from A - N with A being nearest to the stage. Some of the previous productions at The Other Palace include ‘Murder for Two’, , ‘Eugenius’, ‘Showstopper! The Improvised Musical’, ‘Twist and Turn’, and 'Nigel Slater's Toast'.