Get Discounts On Be More Chill London Tickets!

What if you had a pill that would change your status in high school from geek to popular kid instantly? Be More Chill is a sci-fi musical that follows the life of Jeremy, who takes a pill ‘SQUIP’ to become popular and woo the girl of his dreams. But, everything comes at a price as Jeremy finds out! Watch this highly relatable show ‘Be More Chill’ that explores themes like teenage angst, high school drama, and politics and ethical constraints of technology.

Be More Chill the musical is adapted from the 2004 book by Ned Vizzini. The musical is written by Joe Tracz with music and lyrics Joe Iconis. Following the spate of teen coming-of-age theatre shows like Dear Evan Hansen, Mean Girls, and The Prom, Be More Chill brings in a twist of sci-fi to the genre. The show’s Broadway run was a hit with sold-out tickets, and its popularity stems from the exciting soundtrack that drew millions of views on YouTube and became a viral sensation.

The Be More Chill London musical is directed by Stephen Brackett, who has also directed another young adult show The Lightning Thief: The Percy Jackson Musical. The show is known for its electric sets with neon lighting and thumping music, which are taken care of by Tyler Micoleau (Lighting Designer), Beowulf Boritt (Set Designer), and Ryan Rumery (Sound Designer). Right from the cast’s colorful clothing to the SQUIPs ‘Keanu Reeves’ style costume, everything is designed by Bobby Frederick Tilley II who is the costume designer.

It is the music of Be More Chill that s driving teenagers to the show in droves, and the music ranges from pop to rock and musical ballads. Some of the best numbers from the show are Michael in the Bathroom, I Love Play Rehearsal, Loser Geek Whatever, The Pants Song, Do You Wanna Hang More?, More Than Survive, and Voices In My Head. Be More Chill handles teenage angst and the challenge of ‘fitting in’ with energetic choreography and relatable lyrics. It is perfectly created for its target audience of young theatregoers who want an outlet for their own turmoil. Watch Be More Chill in February 2020 for a coming-of-age show that’s fun yet profound!

Be More Chill is the story of Jeremy Heere, a nerdy high school student who finds himself on the unpopular sidelines of the school’s social groups. His best friend Michael is in the same boat, and they often find themselves at the brunt of the pranks of the school bully Rich Goranski. In one instance, Rich writes ‘boyf’ on Jeremy’s backpack and ‘riends’ on Michael’s backpack!

Jeremy is also smitten by Christine Canigula, who has her own problems to deal with and does not give him a second glance. When Christie signs up for the school play, a zombie-apocalypse version of A Midsummer’s Night Dream, Jeremy follows suit. During the play rehearsal, Jeremy is accosted by Rich, who tells him about SQUIP and how it changed his life. SQUIP is a bite-size computer in the shape of a pill, which activates with green Mountain Dew and changes the personality of the person taking the pill.

Jeremy decides to purchase the pill despite the misgivings of Michael, who believes it a scam. However, Jeremy goes ahead and takes the pill and immediately the SQUIP appears in a human form. The SQUIP tells Jeremy what to do and what to say and promises to change him from school nerd to stud and gain the affection of Christine. But, all of this comes at a cost! The SQUIP thinks Michael is not good for Jeremy’s rise to popularity and starts ignoring him.

Watch Be More Chill to find out if Jeremy’s quest to popularity is successful and the price he has to pay for it! 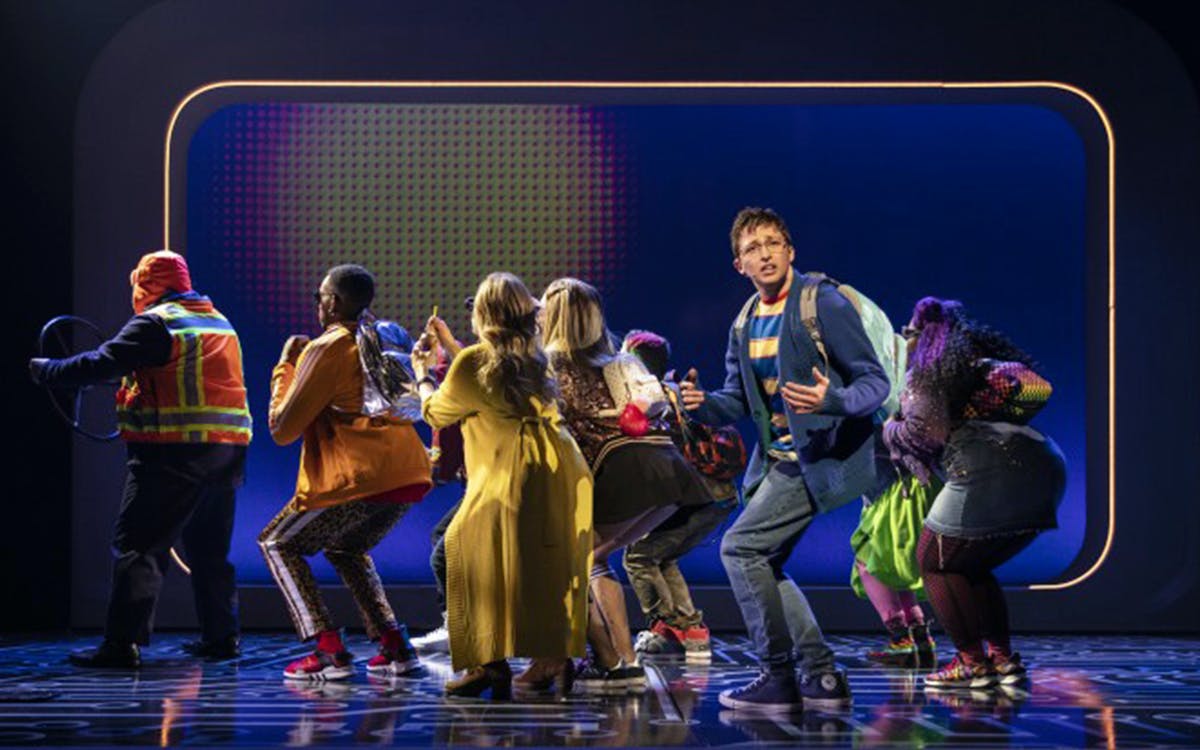 Duration
2 hours 30 minutes including an interval

Looking for discounts on Be More Chill London tickets?

Have a look at the real-time seat availability and prices of different sections for Be More Chill. In the interactive seat-map, select the date that you would like to watch the show and check out the seats available for that day. You can filter the seats as per your desired price range and purchase tickets directly.

Be More Chill - The Other Palace Theatre Ticket Prices

Be More Chill first premiered in New Jersey in 2015, it was later adapted for Off-Broadway in 2018. After its runaway success, it premiered on Broadway in 2019. This is the first West End production and will premiere on 12th February 2020.

2019 – Lucille Lortel Award for Outstanding Featured Actor in a Musical

“See those songs done live by a talented young cast with enough juice to ignite every light on Broadway."
– Rolling Stone

“Be More Chill’ is Broadway’s wiliest and socially savviest night out for teens and parents alike."
– Variety

Apart from getting tickets for Be More Chill online, there are other ways to obtain West End tickets for cheap, such as:

Q: Is there a possibility that I will get partial view seating if I purchase discounted Be More Chill London tickets?
A: When booking with Headout, you will get to select your specific seats, thus, ensuring you do not get stuck with partial view. However, if you opt to try and win lottery tickets, or purchase day seats, your seats will be allocated at the discretion of the Box Office, which can potentially mean partial view seating or split seats.

Opened in 2012, The Other Palace is a 312-seat theatre erected on the site of the former Westminster Theatre. The theatre was bought by Andrew Lloyd Webber's Really Useful Theatres Group IN 2016 with Paul Taylor Mills taking over as artistic director. Designed by Foster Wilson Architects, the debut season of the theatre commenced in September 2012 and the first show that premiered at the theatre was Sandi Toksvig’s Bully Boy. The name ‘The Other Palace’ was made official in the year 2017. Some well-known shows that have played at The Other Palace include Falsettos, Nigel Slater’s Toast, Eugenius, Murder For Two, and The Messiah.