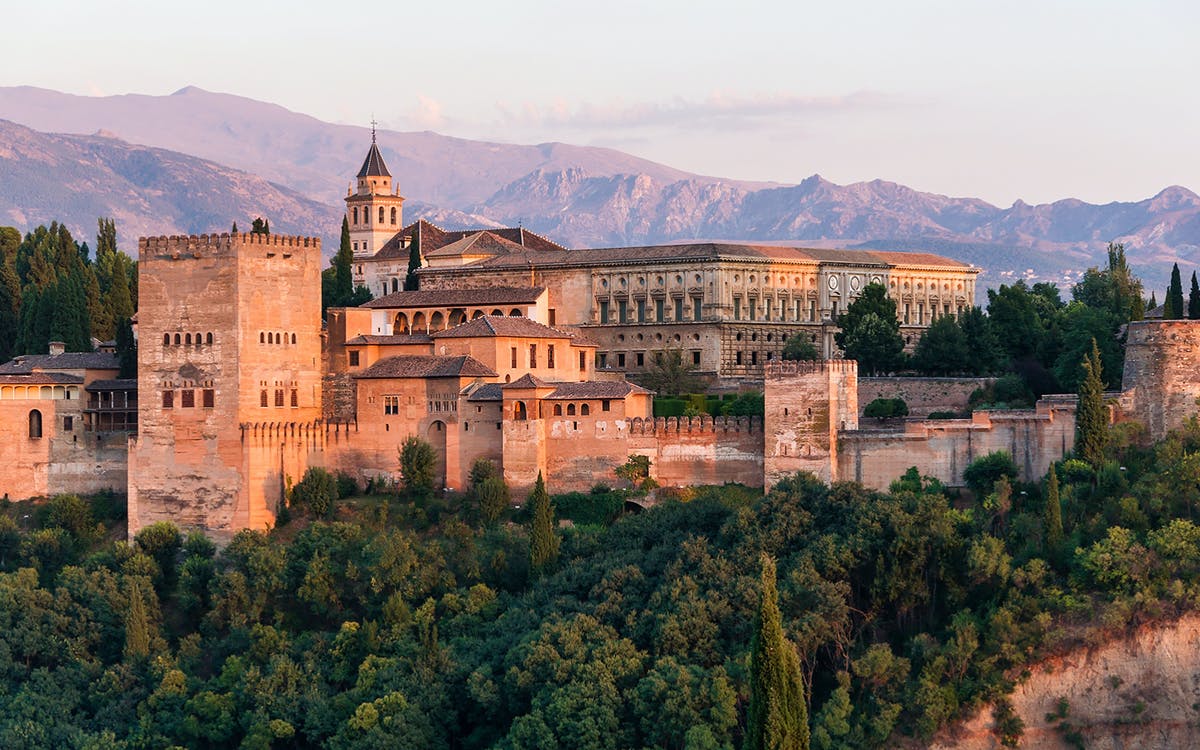 Gain fast-track access to the Palace of the Alhambra and Alcazaba and admire the historic Generalife in the company of a professional guide. Admire the incredible architecture of the Palace and the Generalife and walk through the lush greenery of the gardens before making your way back to the city.

Visit the Alhambra, once the Palatial City and Royal Christian House, and now a National Monument of Spain

Gain fast-track entry to the Alhambra, a National and Artistic Monument of Spain. A fortress that has evolved and grown into a palace, having changed hands from the Romans, the Nasrids, and the Christians, the Alhambra is a standing lesson about the history of Granada and Andalusia in general. Alhambra's architecture is telling of this history. Apart from an English or a Spanish tour, you can also opt for a bilingual tour with a guide who speaks fluent English and Spanish.

Walk through the passages and admire the different styles of architecture that were used as the Palace expanded. Your guide will regale you with tales about the Palace's history and provenance as you make your way through. Marvel at the Gate of the Pomegranates and gaze at the Washington Irving Monument. You will also get to visit the Palace of Charles V, built by the Holy Roman Emperor in Alhambra for the poignant significance of being a Muslim fortress that was conquered by his own Christian grandparents. The many pillared palace is a sight to behold, regardless of its origins.

Visit the Generalife, the luxurious former Summer Palace and country estate of the Nasrid rulers of Granada

The Generalife is also known as the Architect's Garden, is easily one of the oldest examples of Moorish gardens. In fact, the entire estate is a series of gardens and fountains with exceptional Islamic motifs and architecture tying it all together. Cool turquoise water, flower beds, and lush greenery make the Generalife a beautiful sight. You will also get to spend some time in the Dehesa of Generalife, a vast green expanse offering incredible scenic views of the surroundings.

This tour is not wheelchair accessible for those with impaired mobility.

How To Redeem Your Ticket