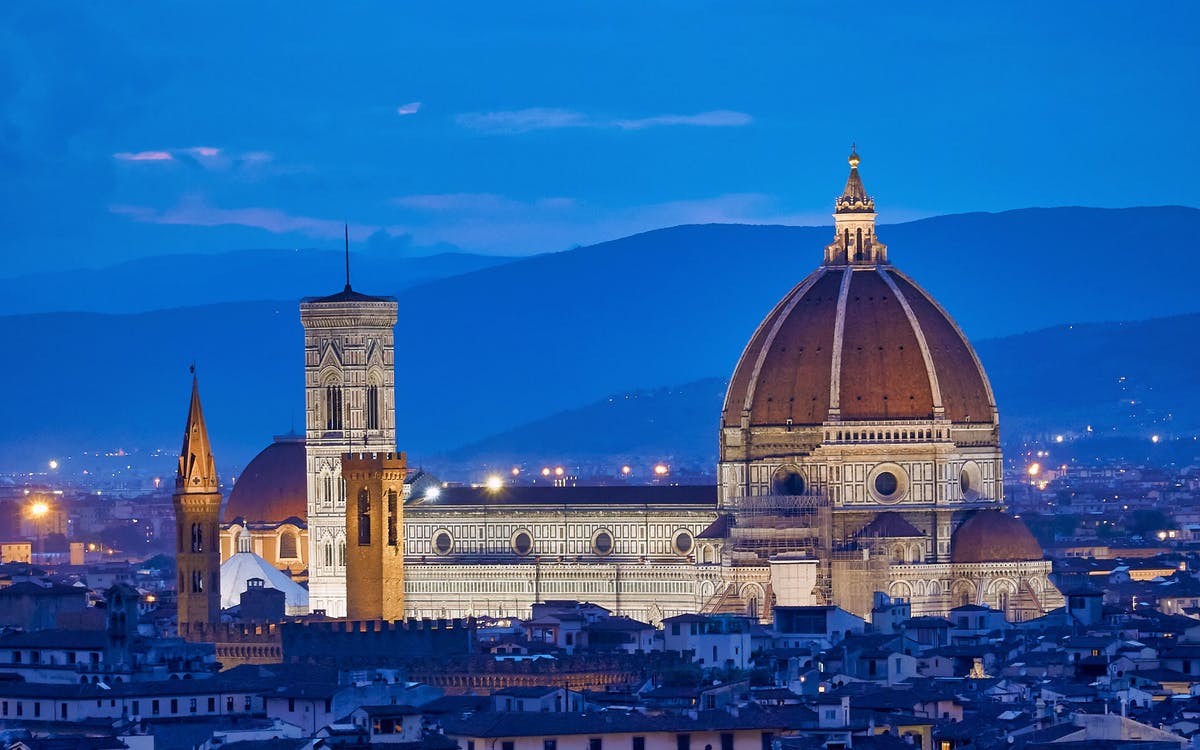 Navigate the beautiful city of Florence like a local with an exceptional tour guide who will walk you through the city's narrow streets and gorgeous piazzas, not to mention take you through the exceptional collection of Italian art at the Accademia Gallery! Get a chance to see Michaelangelo's world-famous statue of David up close.

Your tour will first take you to the Accademia Galleria, where you will explore the seven different zones of the gallery. Each hall focuses on a particular era from times gone by. The David is showcased in all its magnificence in one of the displays here. This intricate sculpture is an icon of the Renaissance model and was a symbol of the power and invincibility of the Florentine Republic at the height of its glory. Michaelangelo took three years to complete this imposing statue, which was hewn from a single block of rough marble. The museum also features the works of Botticelli, Leonardo Da Vinci, Giotto, Salviati, Alessandro Allori, Lorenzo Bartolini and many other famous artists.

Make Your Way to the Magnificent Florence Duomo

An old church dedicated to Saint Reparata stood in the place of the Cathedral of Santa Maria del Fiore as far back as 393 AD. The structure was completed in 1436 when the legendary engineer Filippo Brunelleschi added its characteristic dome. In the 19th Century, Emilio De Fabris added a facade to the exterior in a Gothic Revival fashion. The Piazza del Duomo, which encompasses the Baptistery and Giotto’s Campanile, has been declared a UNESCO World Heritage Site. You may choose to enter independently as the entry is free.

Explore the Picturesque City of Florence on Foot

Explore Florence on foot and wander through its cobbled streets and cosy squares. Relive the past as your expert guide narrates, in detail, stories of Florence from a long time ago. You’ll cover all the major sights and attractions with your small group as you study the architecture, history, and remains of the city famously known for being the Athens of the Middle Ages. Please don't hesitate to ask the guide any questions you might have.

The tour is available every Tuesday-Sunday at 08:30 AM, 09:15 AM, 2:30 PM & 4:30 PM. The tour begins promptly from the meeting point and lasts approximately 3 hours. Please arrive 15 minutes prior to this time to check in with your guide at the meeting point.

As this tour involves quite a bit of walking, we highly recommend that you wear comfortable walking shoes. Please wear appropriate clothing to the museums and places of worship.

No bags and large backpacks, helmets, knives, scissors or any hazardous objects will be allowed in the gallery.