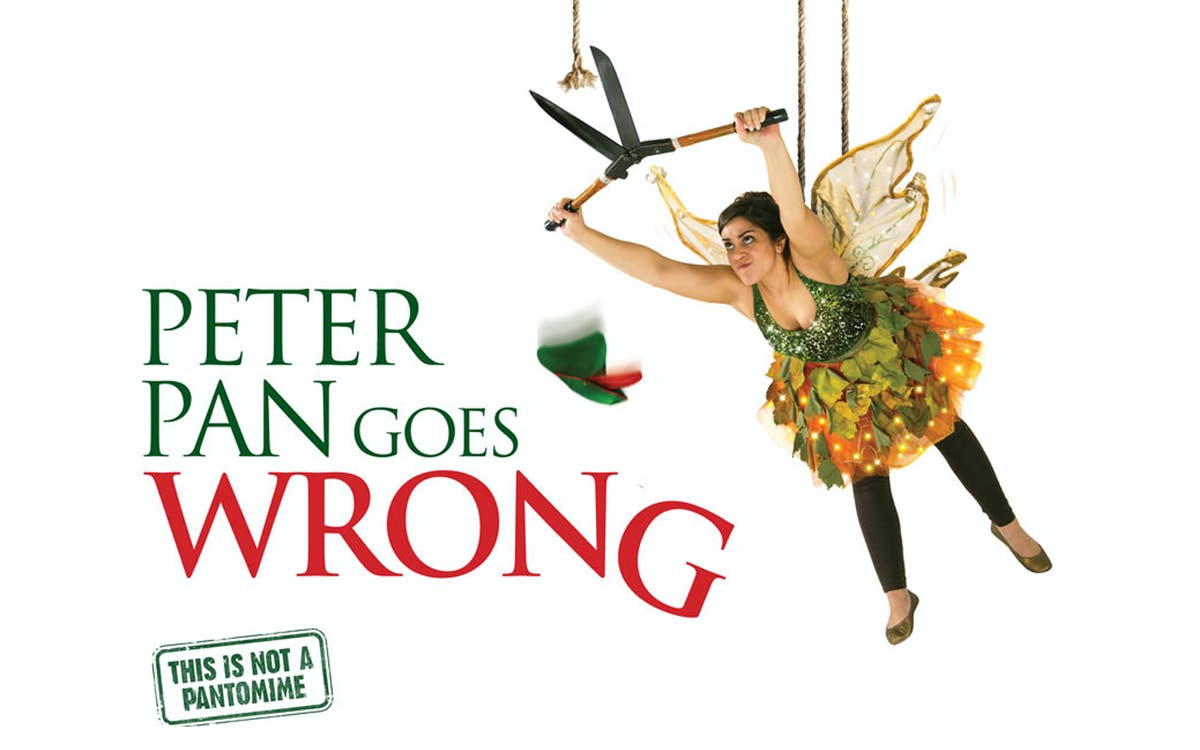 Prepare to clutch your sides in fits of laughter as you watch a thoroughly accident-prone and hapless version of Neverland and the ‘boy who never grew up’! Delight in an unconventional masterpiece that is great for the entire family.

After winning a slew of awards including a Laurence Olivier Award for Comedy (2015) and a ‘Best New Comedy’ award at the WhatsOnStage Awards (2014) for their hit West End mishap comedy The Play That Goes Wrong, Mischief Theatre is back with a fresh dose of mischief and comedy with Peter Pan Goes Wrong. Although the show is, at its very core, a prime display of everything that could go wrong on stage, the production is made possible only by precise acting and direction that allows it to seem so haphazard. With top-notch artistic directors and an impeccable cast, this tale of Neverland is a wonderful presentation of an entirely new genre for all ages.

The members of Cornley Polytechnic Drama Society are required to put up a Peter Pan show, but they are struggling with technical glitches, inexperienced actors, and seething internal rivalries. There are mishaps and accidents throughout their disheveled performance; scenery constantly collapses, private grudges come to the forefront on stage, doors fail to open when required, and Peter Pan constantly finds himself tripping, dangling, or on the ground as he struggles to play his part. There’s also a hilarious narrator who is constantly challenged to deal with the events unfolding on stage. The story of Peter Pan and Neverland is almost unanimously known, and Mischief Company leverages the audience’s knowledge of the classic tale to present a brilliant comedy.

“This kind of inanity is only as fun as it is because of the surgeon-like precision involved in making it look so haphazard.”
– TimeOut

“In this neat retread of the Play That Goes Wrong formula, Neverland is cleverly assailed by electric shocks and flying mishaps.”
– The Guardian

Duration
2 hours and 5 minutes, with 1 intermission

Audience
Recommended for ages 8+. Children below 6 are not permitted.

Seating
Alexandra Paalace has a seating capacity of 10,400 in total.

You will receive an email with your voucher. Please display a printed copy of the voucher with a valid photo ID at the theatres 'Box Office'. Please carry a valid photo ID for identification.