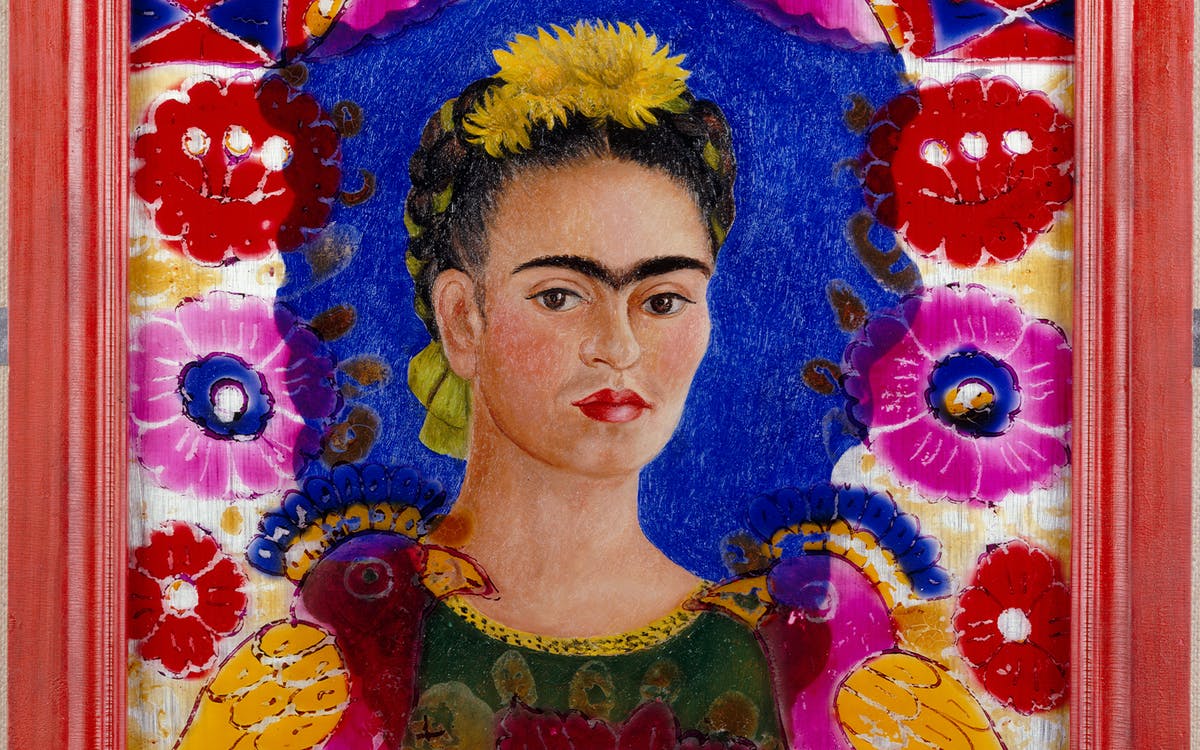 Tickets to the Temporary Frida Kahlo Exhibition at Palais Galliera

Visit the historic Palais Galliera and witness the must-see, temporary exhibition Frida Kahlo, Beyond Appearances dedicated to showing the personal and unbridled side of her life. Experience the great artist as she truly lived.

Experience the genuine and private side of Frida Kahlo, one of the most influential artists of the 20th century, in this stunning temporary exhibition – Frida Kahlo, Beyond Appearances. The Surrealist Mexican artist was known for her bold and vibrant work, exploring themes such as identity, the human body, and death mainly through self-portraits.

The first exhibition of its kind in France and in close collaboration with the Museo Frida Kahlo. As you delve deeper into the exhibition, experience a never-before-seen visual narrative of her extraordinary and tumultuous life.

Section One: Here Where I Lived

Discover the lineage of Frida Kahlo's life, from her birth to her ethnical identity. Learn how her father, Wilhelm (Guillermo) Kahlo was a German emigrant, who arrived in Mexico in 1890. Being a photographer, he captured Frida in several of his portraits that displayed his affection for her and passed on the art of staging and self-portraits. Get to know about several events that marked Frida's life, including contracting poliomyelitis because of which she created an imaginary friend to cope. This experience is a recurring motif in her paintings of double. At the age of eighteen, she underwent another major trauma, an accident, which caused her to be restricted to bed for several months, which caused her to start painting.

Being born in Casa Azul, living most of her life there, and passing away there, her parents decorated their house in a European style, she renovated the gray walls of her house to bright blue and filled her house with objects that represented her attachment to all things Mexican, including folk art, pre-Hispanic sculptures, and votive paintings. Discover the reasons for her attachments and emotional connections with this exhibit, as Casa Azul has become a cultural center, attracting several types of personalities from different areas.

After getting married, Frida left Mexico for 'Gringolandia', as she called the United States. Learn about her experiences in the United States which led her to develop her distinctive Tehuana style, which led her to paint more seriously. However, her traumatic miscarriage radically transformed her art. Explore how she reinvented herself as a painter and shatter taboos.

View the eighteen collections that were featured during an exhibition in Paris, when she was invited by Andrè Breton. Spot her self-portrait and get to know how she fell sick during her Parisian visit.

With the traumatic accident occurring when she was 18, Frida had to give up her dream of becoming a doctor, which led her to spend a lot more time honing her artistic skills. Due to undergoing several operations and procedures, admire the images she created of her disabled body and the visual vocabulary built, which expressed her physical and emotional suffering. Notice how she described her suffering but also characterized her own resilience and ability to create beauty, joy, meaning, and art.

Applaud her powerful self-portraits, the photographs she posed for, and her carefully composed outfits that are currently used as contemporary models of artistic self-creation. Understand the various ways she expressed herself, by her unconventional outfits and unique hybrid style, which combined elements of different regions and eras.

Adulate and soak in the unique, transgressive, and unforgettable cultural impacts of Frida Kahlo. With her creations being used as inspiration for several designers, which address themes like trauma, disability, ethnicity, sexual identity, and politics, become one with Frida Kahlo.

The visit includes viewing a capsule exhibition from 15 Sept to 31 Dec 2022 which focuses on Kahlo’s influence on contemporary fashion and her role in inspiring modern fashion designers like Alexander McQueen, Jean Paul Gaultier, and Karl Lagerfeld for CHANEL, and many more world-famous designers and artists.