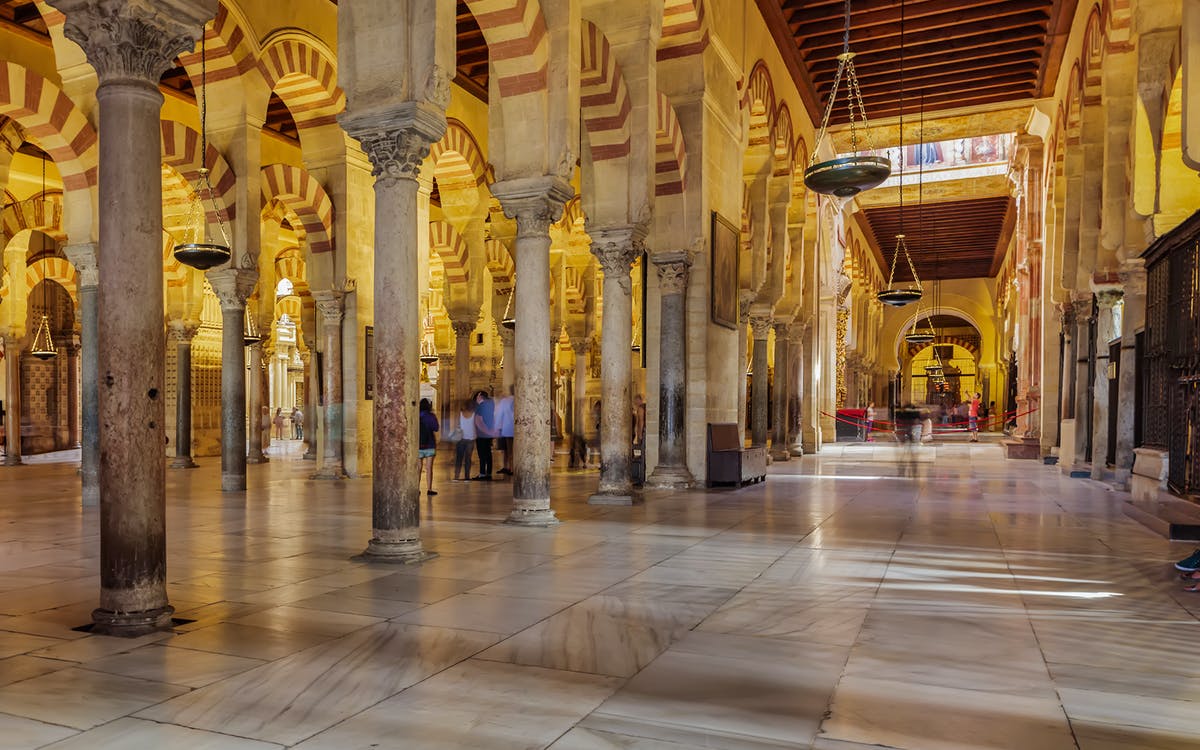 See the best of what Córdoba has to offer during a 2.5-hour walking tour of two UNESCO World Heritage Sites in the city. Gain priority access to the stunning Mosque-Cathedral with its 856 columns and double arches and visit the Jewish Quarter to see the Synagogue, the statue of Maimonides and the Arabic Market. A professional English or Spanish speaking guide will provide you with insight into the history and culture of Córdoba along the way.

Go on a two hour guided tour of two of the most popular attractions in Córdoba: the Mosque-Cathedral and the Jewish Quarter. The Mosque-Cathedral of Córdoba is the world’s third largest mosque and is considered to be one of the greatest representations of Moorish architecture. This UNESCO World Heritage Site, built in the 8th century, is one of the most visited monuments in Spain. Skip the ticket lines and gain direct entry to the monument. Your English or Spanish speaking guide will explain the fascinating history of the mosque to you, which was turned into a cathedral in 1236 and is therefore is unique representation of both Muslim and Christian cultures. Admire the astonishing arches inside the mosque, supported by 856 granite and marble pillars, and see the shell-shaped prayer niche as well as the orange trees courtyard.

See the Synagogue, the Maimonides Statue and the El Zoco Market in the Jewish Quarter

Continue on to the Jewish Quarter, a UNESCO World Heritage Site close to the Mosque-Cathedral. See the synagogue that stands at the center of the neighborhood and walk by the bronze statue of Maimonides, a Jewish philosopher and astronomer who was born in Córdoba. You will also go to El Zoco, an Arabic Market where artisans sell their handmade crafts. As you stroll through the picturesque Andalusian streets, your guide will tell you more about the history of the area. With priority entry to the Mosque-Cathedral and a visit to the Jewish Quarter, this guided tour is the perfect opportunity to learn more about the history, architecture and culture of Córdoba.

This tour is available in 2 languages: English Spanish

Please keep in mind that you are visiting a religious space and wear appropriate clothing (covered shoulders, no short shorts, no tank tops).

Unfortunately, this experience is not wheelchair accessible.