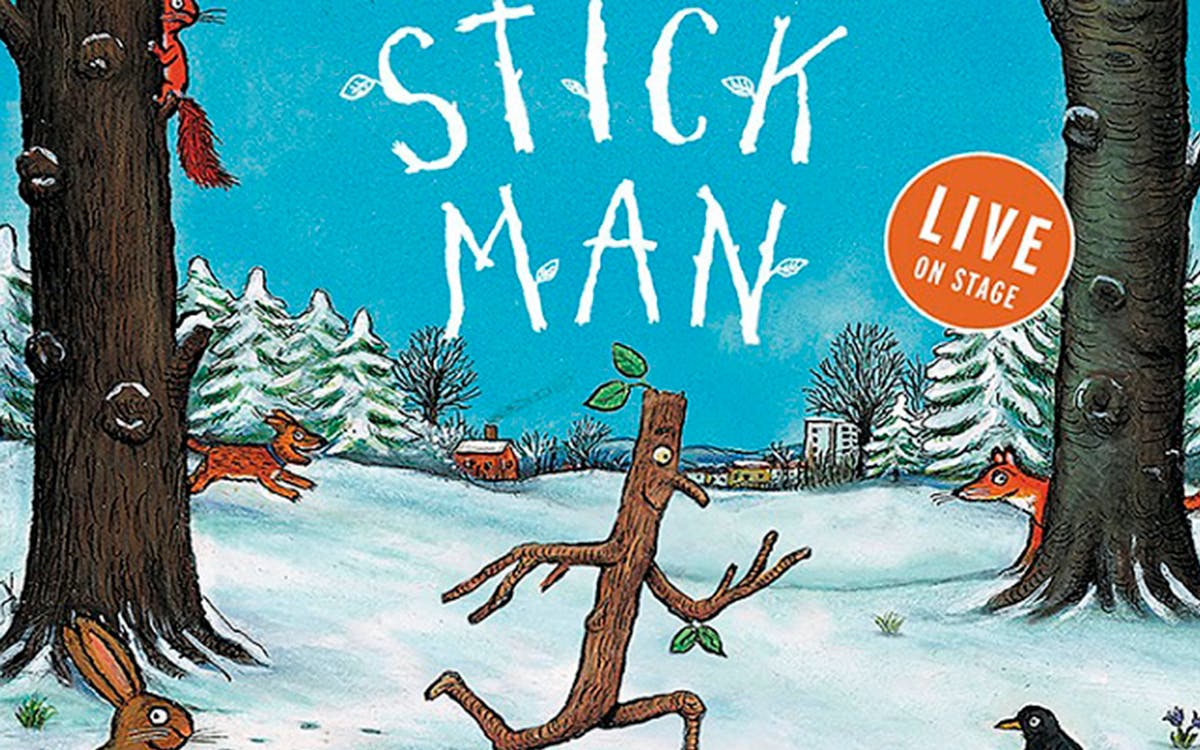 Stick Man, the unlikely, loveable hero is back on West End. Book the perfect Christmas show for your toddler!

Stick Man's morning jog turns into quite the misadventure: he's kidnapped by a dog, attacked by a karate-chopping girl, and pecked at by a swan - and if that's not enough, he even ends up on fire! The question is, how will Stick Man get back to the Stick Family in their sycamore tree? Expect festive puppetry and live music in this touching and funky adaptation of Stick Man that is bound to delight people of all ages.

The play is adapted by Freckle Productions, the team behind Zog, Tiddler and other Terrific Tales, and Tabby McTat. The cast includes a trio of top actors including Richard Kent as Stick Man, Safeena Ladha as Stick Lady Love, and Ben Williamson-Jones as Actor Musician. The show is directed by Mark Kane (original direction by Sally Cookson), and is the ideal kids' production for Christmas: it's fun, it's musical, it's silly and it's engaging!

Based on the Novel By
Julia Donaldson

Directed By
Mark Kane with original direction by Sally Cookson

Audience
Suitable for all ages

Seating
The Quays Theatre has a seating capacity of 440

You will get an e-mail confirmation with your Stick Man voucher. Please display the same on your mobile phone with a valid photo ID.