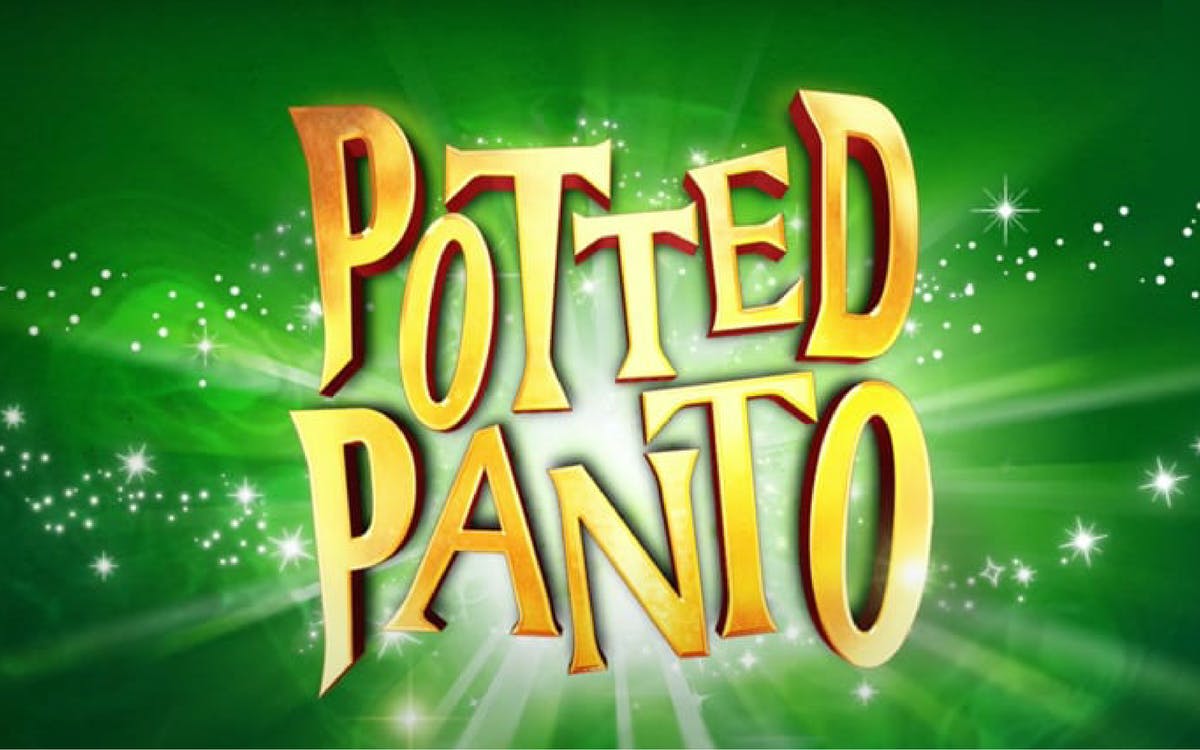 Indulge in a dollop of good, old-fashioned festive fun with the Potted Panto show at Garrick Theatre!

See seven of your favorite pantos in one, big 70-minute extravaganza! This wild ride will take you through the beloved pantos of recent years. Expect madcap physical humor as you help Cinderella find her baby’s daddy at the Ball, or walk down the streets paved with gold in Dick Whittington’s London. See the retelling of Aladdin's story, and try to wake up a bewitched Sleeping Beauty from her years-long slumber before the giant comes creeping down Jack's beanstalk to kill Snow White and the seven dwarves. All this, coupled with audience participation, will keep you entertained throughout!

The follow-up of the 10th-anniversary production of Potted Panto stars Daniel Clarkson, Jefferson Turner, Jacob Jackson, and Charlotte Payne. It was written by Clarkson, Turner, and Richard Hurst. Hurst also directed the show. Lighting design is done by Tim Mascall, sound design by Leigh Davies, and costume design by Nicky Bunch and Simon Scullion. Brought to you by the same creators who made Potted Potter, the hilarious Harry Potter parody, this Olivier Award-nominated show is a tonic for anyone wanting to enjoy some festive revels as we see ourselves out of this terrible year.

Keep in mind, the theater is air-conditioned throughout the year and can get a bit chilly. Bring along a light jacket if needed.

You will get an e-mail confirmation with your Potted Panto voucher. Please display the same on your mobile phone with a valid photo ID.

Missing any information?
Yes
No
This experience is unavailable
You'll be the first to know when these tickets are back online.
notify me
Awesome!We will notify you.
Why Headout?
Trusted platform used by 100K+ people, each month
Get the lowest prices and last minute availability
Discover and connect with 10,000+ experiences
Browse verified reviews and professional photographs
Have a question? Live chat with our experts 24/7
Other experiences similar to Potted Panto
Musicals
Grease
Instant Confirmation
4.5
(612)
from £18
Musicals
The Lion King
Instant Confirmation
4.5
(2.3K)
from £42
Musicals
Wicked
Instant Confirmation
4.5
(2K)
from £23.40
Musicals
Mamma Mia!
Instant Confirmation
4.5
(2K)
from £18
Musicals
Phantom of the Opera
Instant Confirmation
4.5
(1.3K)
from £27
The world on your tap!Get the Headout app to get tickets on your phone and access app-only deals. Talk about win-win.
We've served 15 million+ guests and we are here for you
15 million +Happy customers across 10,000+ experiences
4.4/55,000+ verified reviews with 90% excellent score
In the MediaFeatured and recommended by the best brands
24 x 7 Help CenterHave a question? Live chat with local experts anywhere, anytime
Headout is building the future of how we experience our cities.
Made with ❤️ all over the 🌎
Headout Inc.
82 Nassau St #60351 New York, NY 10038
Cities
New YorkLas VegasRomeParisLondonDubaiBarcelona+74 more
Headout
About UsHelpCareersTravel BlogCompany BlogCreator Partnerships
Partners
Join HeadoutSupply Partner HubAffiliates
© Headout Inc
Privacy PolicyTerms of Usage