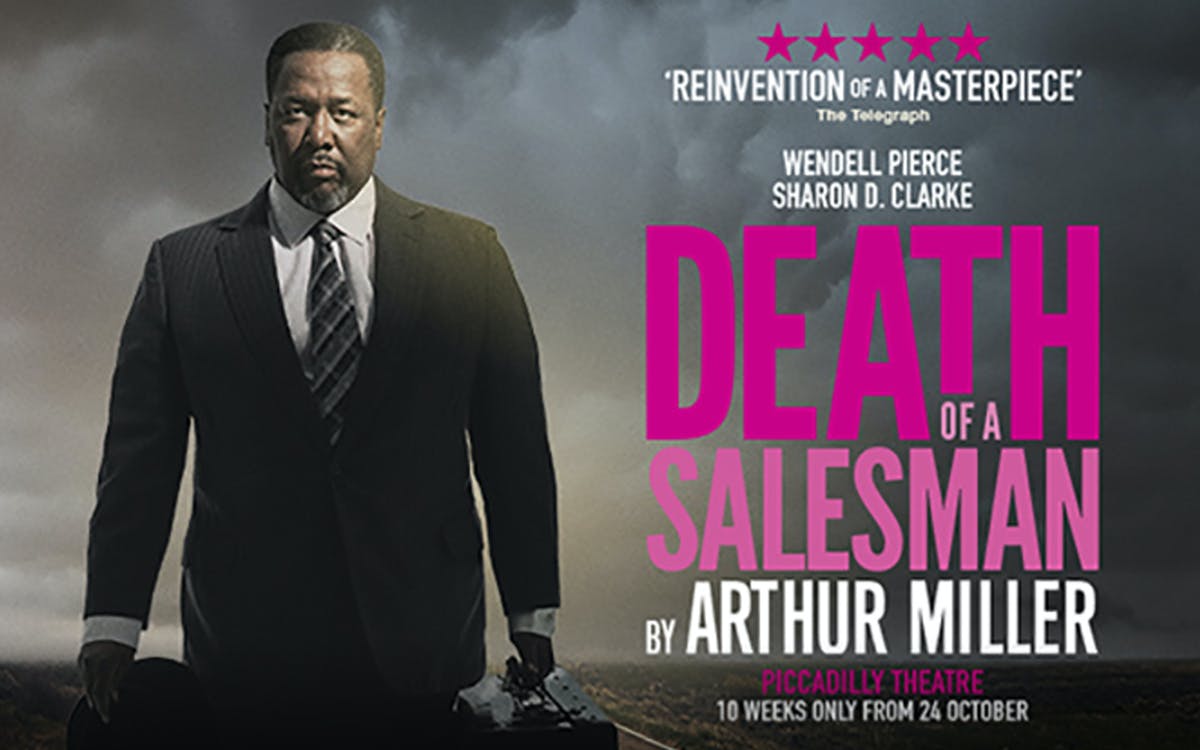 Death of a Salesman - Tickets

Witness one of the greatest plays written by Arthur Miller, one that won him a Tony Award and a Pulitzer Prize. Follow the tale of a weathered salesman and his family, and their conception of the American dream. Do not miss this rendition of the American classic featuring the Olivier Award-winning actress Sharon D Clarke!