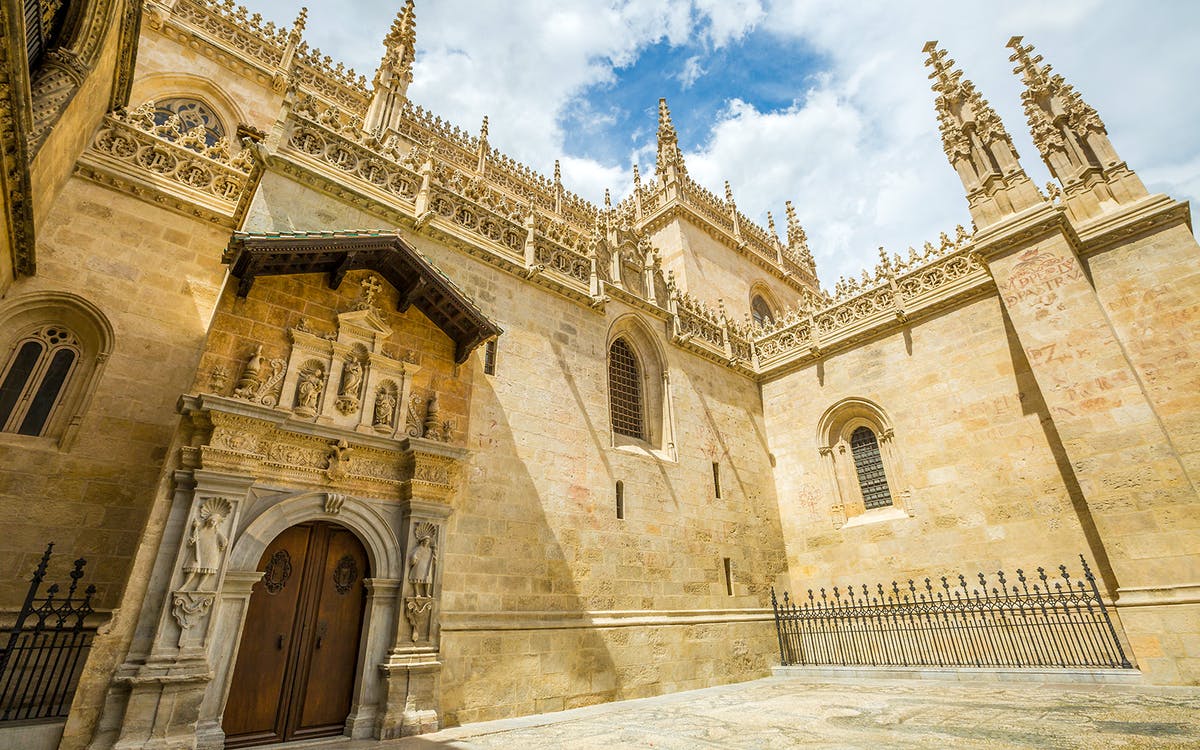 Cathedral and Royal Chapel of Granada

On a guided tour of Granada’s emblems with a small group, stare in amazement at the renaissance monuments of the Granada Cathedral and the Royal Chapel.

You can cancel these tickets up to 72 hours before the experience begins and get a full refund.

With the splendid baroque Cathedral constructed with outstanding intricacy to the Royal Museum and the mausoleum of the catholic monarchs, the city of Granada awaits you to explore the earliest of Renaissance architecture.

Commissioned by Queen Isabella I, the Granada Cathedral was given a Renaissance appearance by Diego de Siloé, who built upon the Gothic foundations of the building. The striking exterior and baroque interiors of the first renaissance church of Spain will leave you gaping in amazement. Tour the surrounding areas of the Cathedral and find yourself along the quaint street of Oficios. The charming street is a historical pathway leading to some of the most significant places in Granada. Lose yourself in the maze-like alleys of Alcaicería, an Arabic-style bazaar or souk, where you can shop for souvenirs and knick-knacks to commemorate your trip.

The Royal Chapel and the Mausoleum of the Monarchs

Witness the majesty of the Royal Chapel and visit the place of rest of several Catholic and Spanish monarchs. The tombs are a work of art in their own right, made by artists like Domenico Fancelli, who built the tombs of Isabella and Ferdinand. The Royal Chapel Museum is a testament to the legacy of the catholic monarchy and has artifacts such as the crown and books belonging to the royals. Artwork by artists such as Dirk Bouts, Rogier van der Weyden, and Perugino will give you an overview of the majestic monarchs.

Guests are required to wear a mask throughout the tour.

This tour is not suitable for wheelchair users and pram/stroller users.