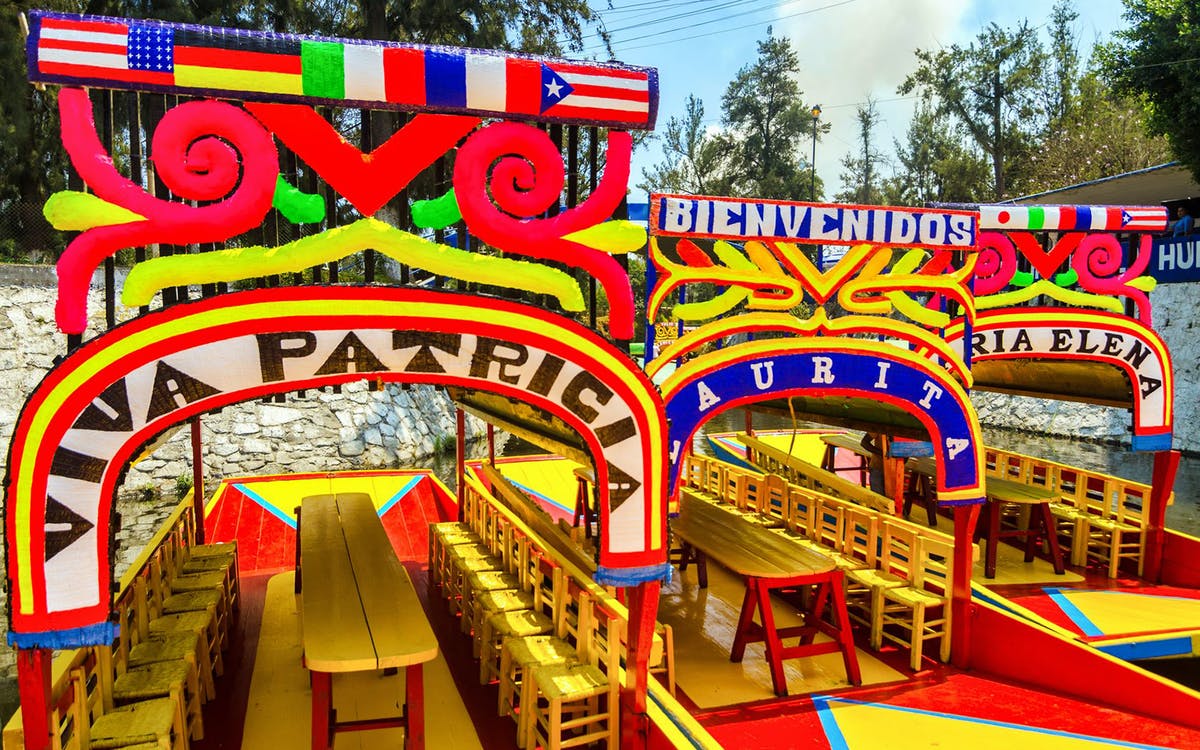 Sail by boat and cruise on ancient canals built by the Aztecs! Explore the treasures of Mexico City on a tour of Xochimilco and Coyoacan. See the beautiful mosaic murals at the Ciudad Universitaria library and admire the rambling, centuries-old houses in Coyoacan.