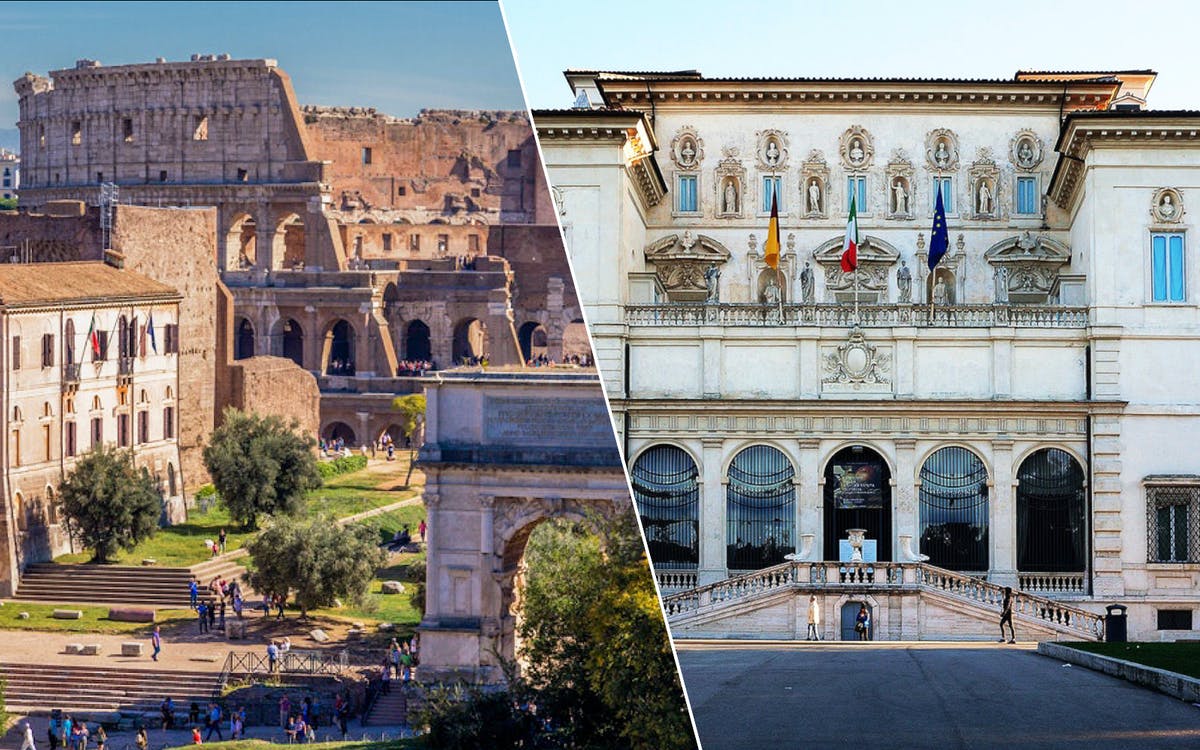 This combo ticket lets you step back in time to and visit two of Rome's most iconic sites to get a glimpse of its history: the Colosseum and the Borghese Gallery!

The Colosseum is one of Italy’s most popular destinations, attracting over 5 million visitors every year. Believed to have been constructed as a gift from the ancient emperors to the Roman people, this grand outdoor amphitheater once served as the epicenter for entertainment, hosting various public spectacles and games. A stage for gladiator fights, often including animals, the Colosseum has quite the bloody past. Step back in time, marvel at the impressive architecture and walk the floor of the greatest arena known to mankind.

Your Colosseum ticket also includes entry to the Palatine Hill and Roman Forum. Head to the Roman Forum and travel back in time as you walk along the same paths as the ancient Romans did. You’ll get a chance to witness popular sites including the Temple of Antoninus Pius, Temple of Castor and Pollux, Temple of Saturn, Arch of Septimius Severus and much more. Palatine Hill offers one of the best views of the city. Once considered the most desirable neighborhood in Rome, Palatine Hill lives on as an extensive archaeological site and was the chosen spot for Emperors to build their homes.

The Borghese Gallery is situated in what used to be the Villa Borghese Pinciana. The building of the gallery was clubbed with the gardens around it at first. The gardens, however, have become a separate attraction for tourists by themselves. Explore the vast collection of sculptures, paintings, and antiquities at your own pace, right from the start. As you enter the museum, you are likely to notice the magnificent marble sculptures of the Twelve Roman Emperors. A vast array of rare paintings adorn much of the wall. Daphne and Proserpina are intricate and expressive. You could gaze at these sculptures for days and still miss out on the finer expressive details. The rooms are rarely ever crowded due to the controlled inflow of visitors, giving you ample space to stroll around the museum and contemplate the great works of art.

Note: Please note that entry to the Colosseum is free on the first Sunday of every month.