Get Discounts On As You Like It London Tickets!

Many Shakespearean classics have made the jump to West End and Broadway in the past and As You Like It is also a part of this prestigious cluster. This renowned romantic comedy is given an imaginative spin for the 2019 audience and the result is a spellbinding production that will entertain and delight you in equal measure. Following the basic story of Shakespeare's original play from 1599, As You Like It is a wonderful retelling that highlights the idea that the world is one big stage and celebrates the joys of theatre and the performance arts. Following its spirited heroine Rosalind, the show is a funny and zany journey through the Forest of Arden as Rosalind encounters a bevy of fascinating characters. Running for a limited engagement at the Barbican Theatre starting from 26th October, As You Like It is classic West End entertainment that promises you a good time and then some!

Come October 26th and you'll get to experience one of Shakespeare's lesser known masterpieces at the Barbican Theatre. As You Like It is a passionate and innovative retelling of a quirky comedy that sets aside the rules of romance and puts audiences right in the heart of all the action! Kimberly Sykes, a graduate from the National Theatre Studio Directors Course, is handling directorial duties. Sykes has previously directed Lomki at the Southwark Playhouse, SATB at the Soho Theatre and Dido; Queen of Carthage at the Swan Theatre. Joining her behind the scenes are Bretta Gerecke on costumes and lighting, Jonathan Ruddick on sound, Stephen Brimson Lewis on set design, Tim Sutton handling music and Ruth Cooper-Brown overseeing fight choreography. The production has put together an equally talented bunch of actors to tackle the intricate writing of Shakespeare.

David Ajao, a regular in most Royal Shakespeare Company productions, takes on the role of Orlando. Joining him in the lead is Lucy Phelps of Julius Caesar and Antony and Cleopatra fame in the role of Rosalind. Rounding out the rest of the cast are Patrick Brennan, Richard Crews, Charlotte Arrowsmith, Tom Dowse and Amelia Donkor.

Forget everything you thought you knew about love and romance and enter a world where politics, gender roles and nature are all confused. The one thing that will make perfect sense is just how mystifying but totally satisfying life can be. The story begins with the banishment of Rosalind. As the spirited heroine begins her journey into exile, she has her best friend Celia by her side, which is a definite upside.

In the Forest of Arden, she encounters Orlando, a love-struck fool who has also been banished and forced out from the court. The trio journey through the forest and encounter wild characters including a cross-dressing heroine, a fool in tartan and many others! Add to the mix beautiful songs and plenty of laughs to go around and you have got yourself a killer show. The production takes things up a notch with hilarious physical comedy, puppetry and a couple of other surprises that will keep you entertained, and by the time the show ends, completely satisfied! 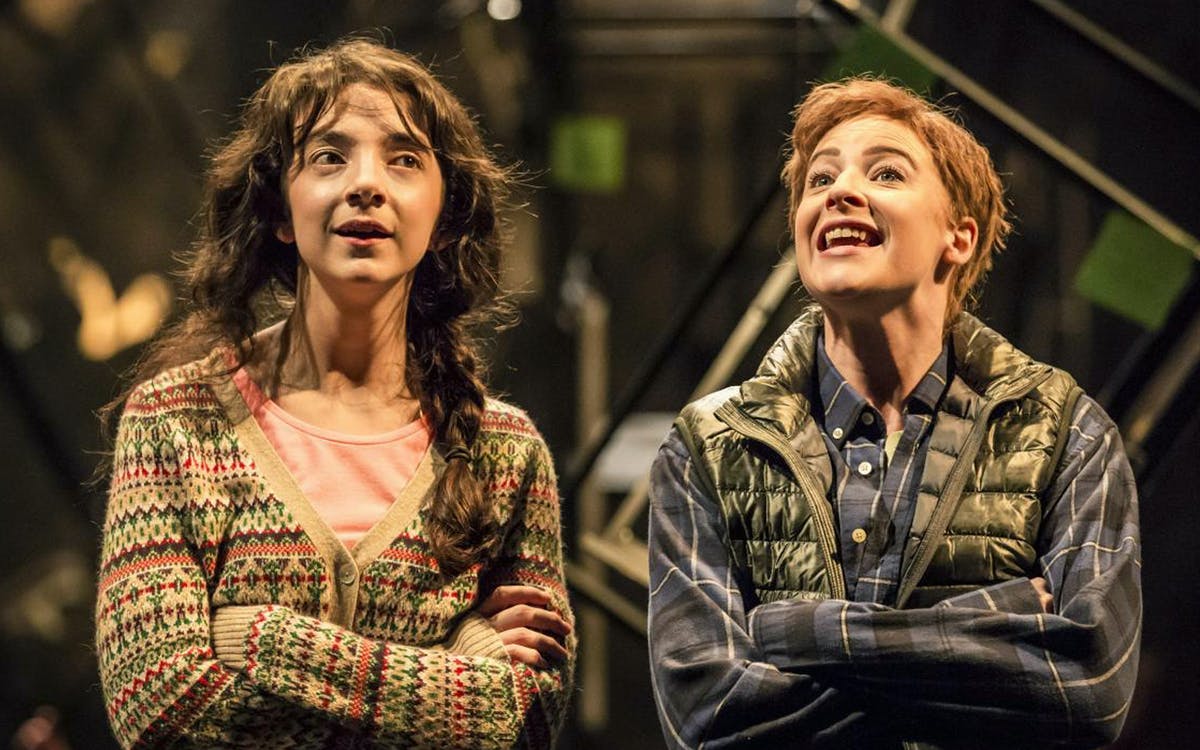 Use promo code WE10 and get a discount on As You Like It London tickets.

Seating
The Barbican Theatre has a seating capacity of 1,158.

Looking for discounts on As You Like It London tickets?

Have a look at the real-time seat availability and prices of different sections for As You Like It. In the interactive seat-map, select the date that you would like to watch the show and check out the seats available for that day. You can filter the seats as per your desired price range and purchase tickets directly.

As You Like It - The Barbican Theatre Ticket Prices

Use promo code WE10 and get a discount on As You Like It London tickets.

“Lucy Phelps’s Rosalind is a genuinely modern heroine and some of Shakespeare’s most famous speeches suddenly sound new again."
– The Guardian

“Warm, charming and perfect for the park!"
– The Evening Standard

As You Like It London Lottery, TKTS, Day Seats

Apart from getting tickets for As You Like It online, there are other ways to obtain West End tickets for cheap, such as:

As You Like It London TKTS tickets are currently unavailable for purchase.

Day Seats are discounted tickets that are available for purchase, and are to be used, on the same day at the theatre. Please note that the availability of tickets is based on the discretion of the Barbican Theatre Box Office, and may not be available for all shows.

Day Seats at the Barbican Theatre are currently unavailable for purchase.

Q: What time should I arrive at The Barbican Theatre?
A: Doors open 45 minutes before show time. We recommend arriving at least 30 minutes before curtain.

Q: Is there a possibility that I will get partial view seating if I purchase discounted As You Like It London tickets?
A: When booking with Headout, you will get to select your specific seats, thus, ensuring you do not get stuck with partial view. However, if you opt to try and win lottery tickets, or purchase day seats, your seats will be allocated at the discretion of the Box Office, which can potentially mean partial view seating or split seats.

About The Barbican Theatre

Holding the honour of being Europe's largest multi-arts and conference venue, The Barbican is home to some truly spectacular art, theatre, dance and film events. Located in the north of the city of London, the Barbican is also home to the London Symphony Orchestra. The Barbican is owned, managed and funded by the City of London Corporation, who happen to be London's third largest arts funder. Built at a cost of £161 million, the venue was inaugurated by Queen Elizabeth ll on March 3rd 1982. The Barbican Hall has a total seating capacity of 1,949 while the Barbican Theatre can house 1,158 people at a time. The venue is also equipped with an art gallery, three cinema screens and a flexible, 200-seat theatre venue.