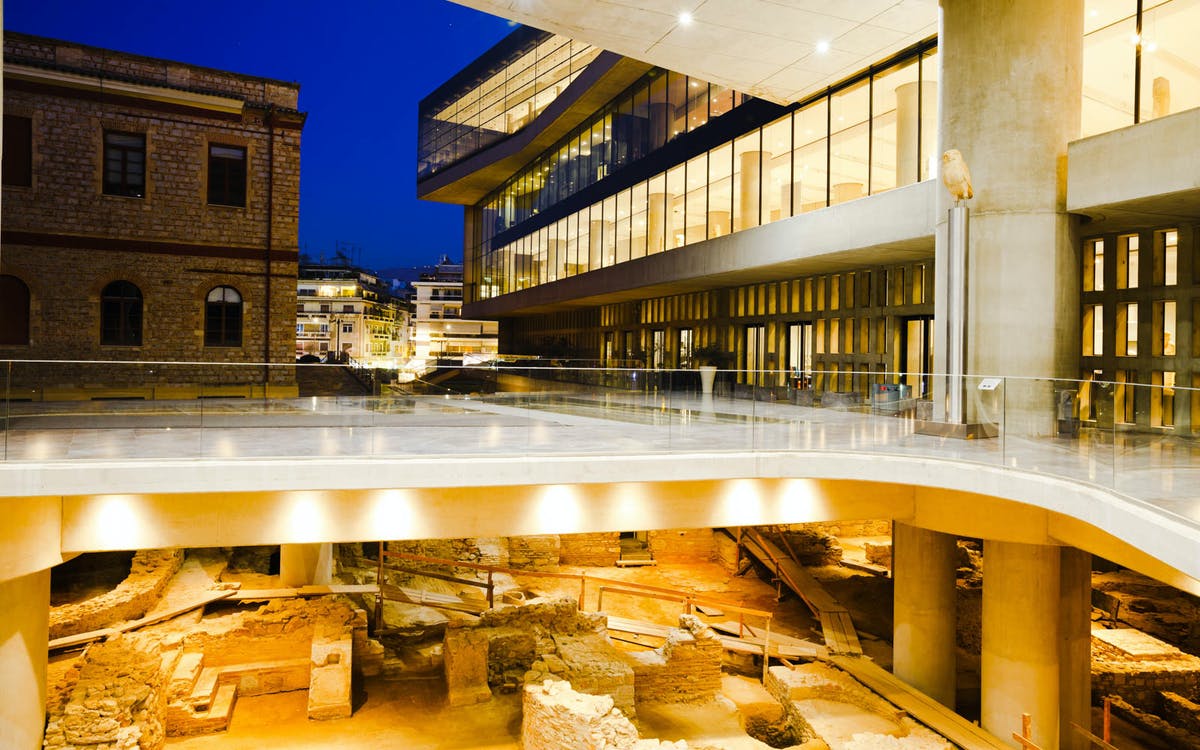 Examine an impressive collection of all the major archeological discoveries from the Sacred Rock and its foothills with skip-the-line tickets to the Athens Acropolis Museum!

Opened in 2007, the Athens Acropolis Museum has one of the largest collections of fascinating Greek artifacts and sculptures that were housed in the Parthenon. The primary highlight is the cavernous excavation site below the museum. Believed to be an active neighborhood consisting of sea streets, houses, and shops from around 3000 BC to the 12th century A.D., the site is a highly unique exhibit.

There are four main galleries in the museum, and you have access to all of them! The Gallery of the Slopes of the Acropolis contains objects of everyday life used over the centuries. The Archaic Gallery houses some of the oldest findings dating back to the 7th century B.C. The Parthenon Gallery features a video presentation of the Parthenon and how it was designed and built. The final gallery contains a wide variety of fabulous artifacts including the coffered ceiling of the Propylaea and sculptures from the Temple of Athena Nike. You can also spot a range of amazing portraits depicting philosophers and historical figures. If you so choose, you can learn more about these wonderful artefacts and the museum with the help of an engaging audio guide.

The tour is not wheelchair accessible due to uneven ground.