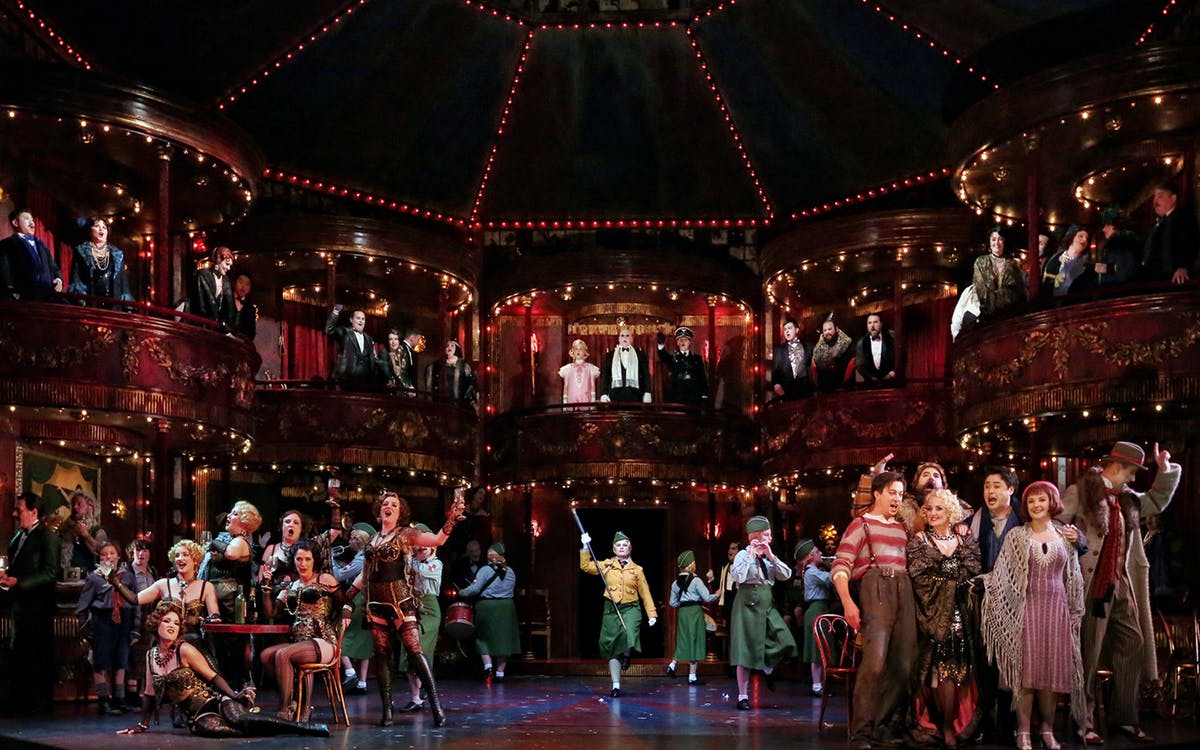 Relish a performance that captures human emotions at their very heart. Relive Puccini’s masterpiece as Gale Edwards leads the talented cast to a near perfect rendition of the original. Welcome the New Year in style following an unforgettable performance at the magnificent Sydney Opera House.

Directed by multiple award-winner Gale Edwards, Puccini’s emotional masterpiece La Boheme is brought to the Sydney Opera House stage. Edwards captures the visceral feeling aptly, and you will feel the music emanate everything from the agony of loss and the euphoria of love equally well. Composed to express feelings that cannot be described by words, La Boheme exposes your soul to music and its limitless capacity to look into the depths of your heart and mind. A prolific cast ensures that an unforgettable night awaits you, as audience favorites such as Julie Lea Goodwin, Luke Gabbedy, and Anna Princeva are joined by Joye El-Khoury and Ivan Magri.

The opera showcases a beautiful story of the love affair in the 19th century, between a poor seamstress, and an equally penniless poet. The spectacular production by Gale Edwards is set in between the magical lights and the fishnets of Berlin in the 1930s. There will be an interval at 9 pm, during which you can enjoy a mesmerizing display of fireworks. Your evening will be made more magical with special tickets to an exclusive Midnight Party. The event will be conducted in the Northern Foyers of the Sydney Opera House. It will include canapes, drinks as well as top-notch entertainment. Moreover, it is an excellent spot to soak in the beauty of the famous fireworks in Sydney.

Audience
Suitable for ages 16 and above.

Disclaimer
There will be a timed interval with fireworks. Please be aware that this event is very popular and the balconies will be crowded during the fireworks.

Missing any information?
Yes
No
This experience is unavailable
You'll be the first to know when these tickets are back online.
notify me
Awesome!We will notify you.
Why Headout?
Trusted platform used by 100K+ people, each month
Get the lowest prices and last minute availability
Discover and connect with 10,000+ experiences
Browse verified reviews and professional photographs
Have a question? Live chat with our experts 24/7
Other experiences similar to La Boheme on New Year's Eve
Zoos & Aquarium
Taronga Zoo Entry Ticket
4.5
(773)
AU$49
Free Cancellation
Opera
La Traviata On Sydney Harbour
Instant Confirmation
4.5
(1.5K)
AU$99
Free Cancellation
Guided Tours
Sydney Opera House Walking Tour
4.3
(1.3K)
AU$43
Zoos & Aquarium
SEA LIFE Sydney Aquarium : Admission Tickets
4.5
(2.1K)
from AU$48AU$38.40
Save up to 20%
Free Cancellation
Opera
Great Opera Hits - Opera at the Sydney Opera House
Instant Confirmation
4.3
(943)
AU$69
The world on your tap!Get the Headout app to get tickets on your phone and access app-only deals. Talk about win-win.
We've served 15 million+ guests and we are here for you
15 million +Happy customers across 10,000+ experiences
4.4/55,000+ verified reviews with 90% excellent score
In the MediaFeatured and recommended by the best brands
24 x 7 Help CenterHave a question? Live chat with local experts anywhere, anytime
Headout is building the future of how we experience our cities.
Made with ❤️ all over the 🌎
Headout Inc.
82 Nassau St #60351 New York, NY 10038
Cities
New YorkLas VegasRomeParisLondonDubaiBarcelona+74 more
Headout
About UsHelpCareersTravel BlogCompany BlogCreator Partnerships
Partners
Join HeadoutSupply Partner HubAffiliates
© Headout Inc
Privacy PolicyTerms of Usage