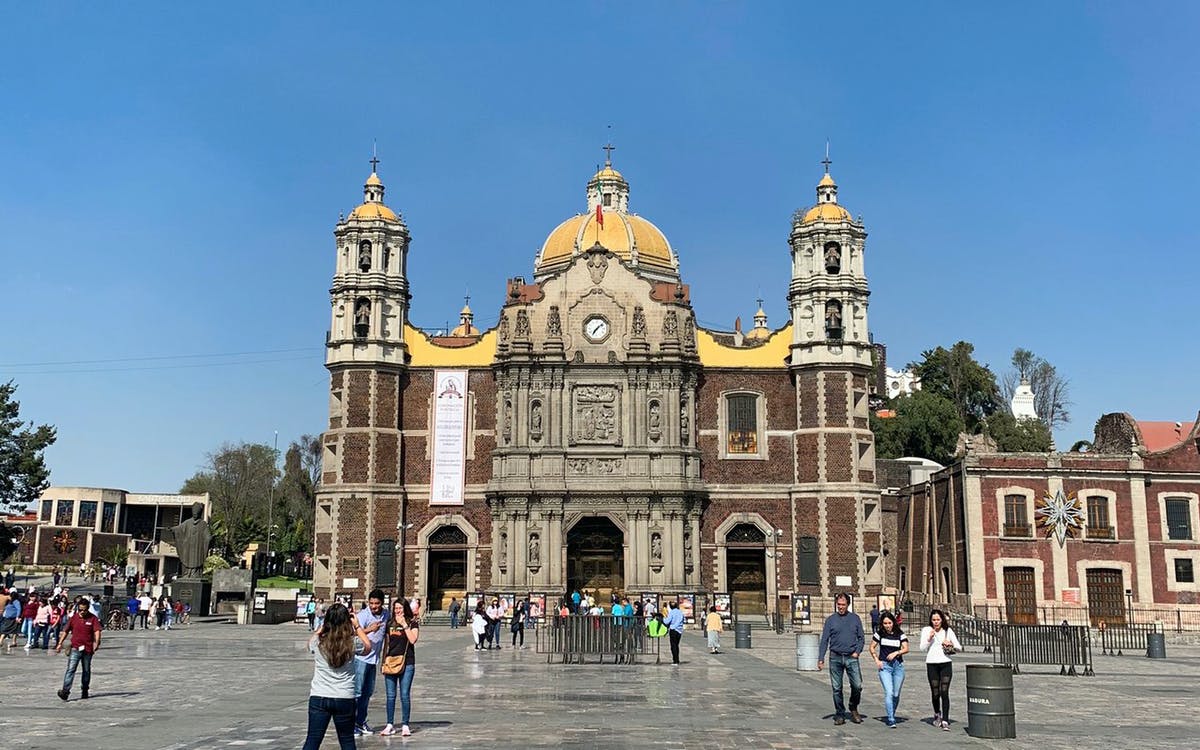 Tour the excavated Aztec zone of Tlatelolco, visit the Shrine of Guadalupe, and see the cloak that is said to have imprinted on it an image of the Lady Virgin. Later, explore the ruins of Teotihuacan, and climb the Sun and Moon pyramids for stunning views. Transport and tickets are included.