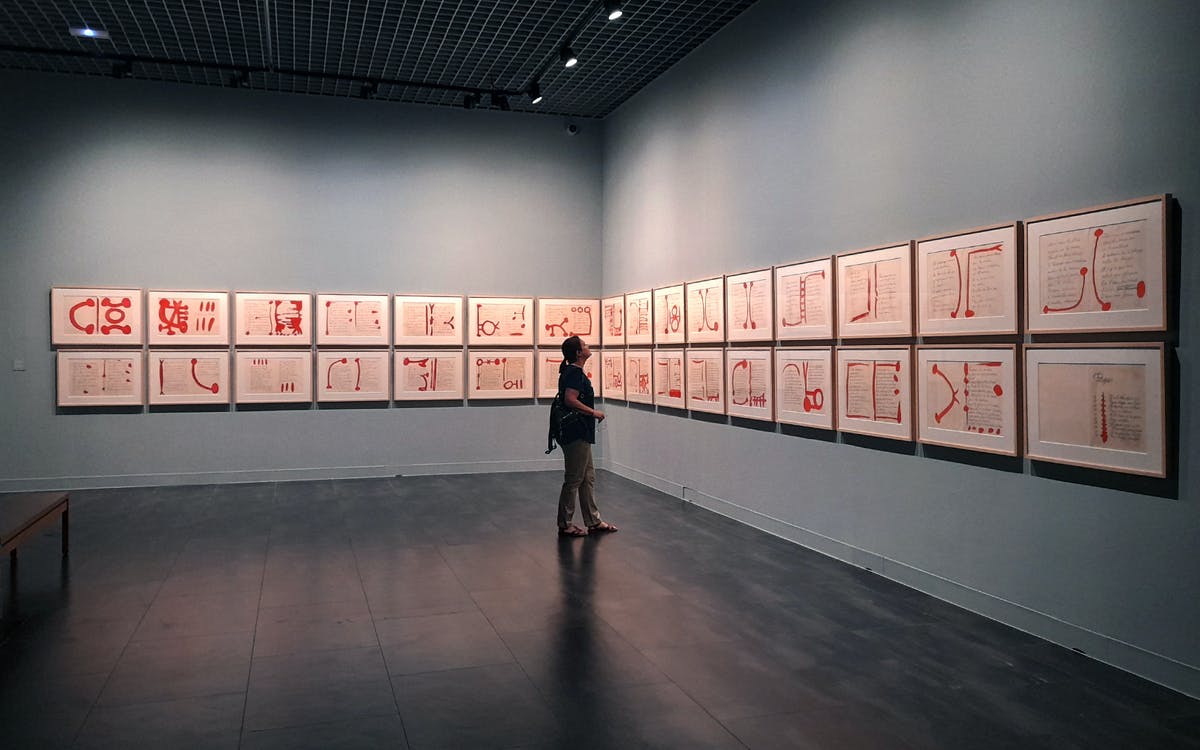 Collection Of Russian Museum of Malaga: Skip the Line Tickets

Admire centuries worth of Russian art with entry to Malaga’s Collection of the Russian Museum. With skip-the-line entry, spend time exploring the artworks at your own pace!

The Collection of the Russian Museum in Málaga is housed inside an entire old tobacco factory. The gallery hosts long-term exhibitions every year. Not only will you be awestruck by the works on display here, but the venue itself will charm you. The tobacco factory, built in a regionalist style of the 20s, is now home to centuries worth of art. It has a small auditorium, three screening halls, a space for digital resources, and even a reading room packed with reference books!

This year, the exhibition has two main exhibits from the Picasso Birthplace Museum:

Encompassing more than 300 works of Pablo Picasso, a universal genius, the aim is to show visitors themes, techniques, styles and experiments, and testimonies of a life lived and based on inexhaustible freedom. In this tour, curated by Mario Virgilio Montañez, viewers will witness the magnificence of the artist from Malaga from his first maturity to his final years. Different hematic arcs color and shape the various aesthetic modalities of his overwhelming productions.

This is an ambitious and excessively artistic exhibition, both in terms of the actual art and themes, as well as in the sheer number of artists that are part of this showcase.

Also curated by Mario Virgilio Montañez, the art collections of the Picasso Birthplace Museum have been used as a base. Altering Goya's pessimistic interpretation in his engraving 'The Dreams of Reason Produce Monsters' to show the visitor how dreams have their own rules and their reasons. Through eight thematic and formal sections, the viewer's own vision will come through at the end.

Composed of 183 artworks, take a comprehensive look at two antagonistic and essential poles of life from various perspectives. When Russia became an empire in the 18th century and the Imperial Academy of Arts in St. Petersburg was founded in 1757, this genre resurfaced with new artistic currents and influences. It can be said that already in the second half of the 19th century, Russian artists, mainly related to the realist school, came to occupy a preponderant place in this genre!

The entrance will be in any case free for people in official unemployment situation, under 18 years, holders of the young euro card, disabled people with accreditation, university teachers of Art History and Fine Arts, university students of Art History and Fine Arts, museum employees and ICOM members, tourist guides with official accreditation and for the general public on Sundays from 4 PM until closing time.

This ticket is valid on the date selected during checkout

Missing any information?
Yes
No
This experience is unavailable
You'll be the first to know when these tickets are back online.
notify me
Awesome!We will notify you.
Why Headout?
Trusted platform used by 100K+ people, each month
Get the lowest prices and last minute availability
Discover and connect with 10,000+ experiences
Browse verified reviews and professional photographs
Have a question? Live chat with our experts 24/7
Other experiences similar to Collection Of Russian Museum of Malaga: Skip the Line Tickets
Museums
Picasso Museum: Skip-the-line Tickets
Instant Confirmation
4.2
(395)
€9
Free Cancellation
Museums
Centre Pompidou Málaga: Skip the Line Tickets
Instant Confirmation
4.0
(86)
€9
Zoos & Aquarium
Skip the Line Entry Tickets to Crocodile Park
Instant Confirmation
2.5
(2)
€16
Free Cancellation
Museums
Picasso`s Birthplace Museum: Skip the Line Tickets
Instant Confirmation
3.2
(19)
€4
The world on your tap!Get the Headout app to get tickets on your phone and access app-only deals. Talk about win-win.
We've served 15 million+ guests and we are here for you
15 million +Happy customers across 10,000+ experiences
4.4/55,000+ verified reviews with 90% excellent score
In the MediaFeatured and recommended by the best brands
24 x 7 Help CenterHave a question? Live chat with local experts anywhere, anytime
Headout is building the future of how we experience our cities.
Made with ❤️ all over the 🌎
Headout Inc.
82 Nassau St #60351 New York, NY 10038
Cities
New YorkLas VegasRomeParisLondonDubaiBarcelona+74 more
Headout
About UsHelpCareersTravel BlogCompany BlogCreator Partnerships
Partners
Join HeadoutSupply Partner HubAffiliates
© Headout Inc
Privacy PolicyTerms of Usage