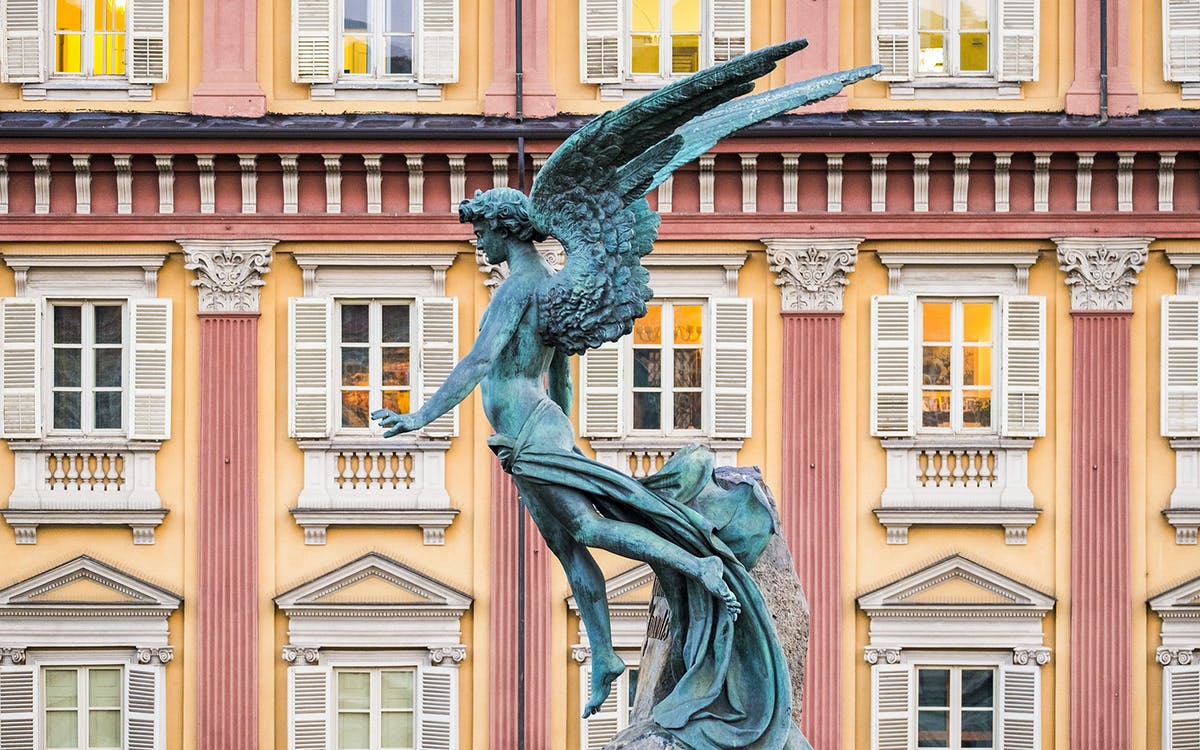 Guided Tour through the Magical City of Turin

Experience the two magical souls of the city of Turin on this guided tour. Discover the mysteries hidden within the streets of the city and learn about its tradition.

Built on the confluence of two rivers, Po and Dora, the city of Turin is placed on top of two triangles, known for its white magic and black magic. This city boasts of a centuries-old esoteric tradition. Dive into the magical and mysterious side of Turin on this Guided Bus Tour. With an expert guide alongside, find out about the city’s sordid past.

Begin your magical mystery tour in Piazza Satuto, the city’s “hearth of darkness.”Originally, this part of the city was used as a burial site as it was considered to be an unlucky area. At sunset, drive past the sinister architecture and scary stone monsters. Learn about the unusual statutes, adorning the ancient buildings, and about the lesser-known details of the Duomo, which houses the Holy Shroud. Culminate the legend of the alchemical caves and discover the mysteries of the Dioscuri and the Great Mother. Soak in the true enchantment of the land of Turin.